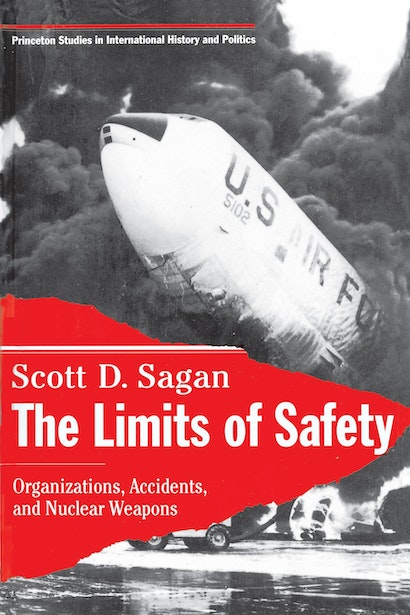 Environmental tragedies such as Chernobyl and the Exxon Valdez remind us that catastrophic accidents are always possible in a world full of hazardous technologies. Yet, the apparently excellent safety record with nuclear weapons has led scholars, policy-makers, and the public alike to believe that nuclear arsenals can serve as a secure deterrent for the foreseeable future. In this provocative book, Scott Sagan challenges such optimism. Sagan’s research into formerly classified archives penetrates the veil of safety that has surrounded U.S. nuclear weapons and reveals a hidden history of frightening “close calls” to disaster.

"Scott Sagan's book is nothing less than a tour de force.... It is by far the most carefully researched and painstaking study of nuclear weapons safety ever written."—Bruce G. Blair, Security Studies

"Sagan's stories also drive a wooden stake through the heart of rational choice nuclear deterrence theory. This book will make you scared ... will make you hold your children a little tighter at the end of the day."—Lee Clarke, Sociological Forum

"Sagan shows, both explicitly for nuclear weapons and implicitly for intellectual systems, that neither learning nor disasters are essentially matters of improving O-rings, safety procedures, or t-tests, as participants within those systems would like to believe. The primary adaptive action is offstage—in the background framework itself. And at that level, through sheer volume of its data, Sagan's book will shape the way that policymakers and we (with a little less confidence) understand the nuclear world."—Contemporary Sociology

"Grounded in original research in U.S. national security archives, [Limits of Safety] reveals a disturbing history of near-catastrophes in the handling of nuclear weapons and bombers. . . . This book is a significant contribution to . . . international security studies, organizational theory, and risk analysis."—American Political Science Review

"Important and refreshing . . . ranges from the general theory of accidents to how-to-do-it suggestions for any nation's nuclear planners. It is a skilful blending of social, physical, organizational and military science and is highly recommended to readers in all four fields."—David L. Sills, Nature