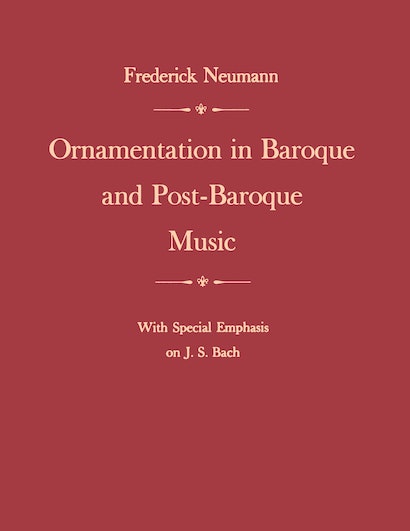 Ornaments play an enormous role in the music of the seventeenth and eighteenth centuries, and ambiguities in their notation (as well as their frequent omission in the score) have left doubt as to how composers intended them to be interpreted. Frederick Neumann, himself a violinist and conductor, questions the validity of the rigid principles applied to their performance. In this controversial work, available for the first time in paperback, he argues that strict constraints are inconsistent with the freedom enjoyed by musicians of the period.


The author takes an entirely new look at ornamentation, and particularly that of J. S. Bach. He draws on extensive research in England, France, Germany, Italy, and the United States to show that prevailing interpretations are based on inadequate evidence. These restrictive interpretations have been far-reaching in their effect on style. By questioning them, this work continues to stimulate a reorientation in our understandiing of Baroque and post-Baroque music.

"This work is not only the definitive book on the subject to date. It will also make many scholars and musicians revise their pet ideas."—Harold C. Schonberg, New York Times