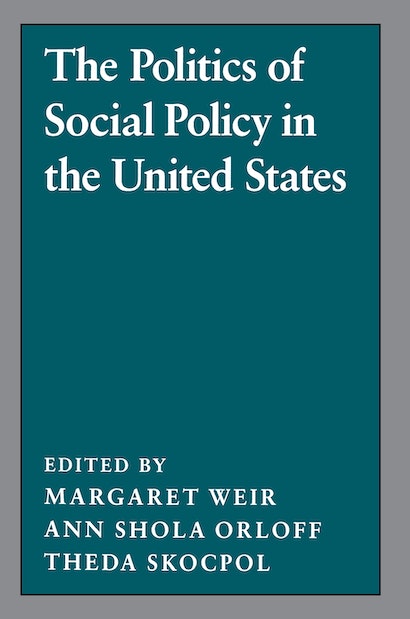 This volume places the welfare debates of the 1980s in the context of past patterns of U.S. policy, such as the Social Security Act of 1935, the failure of efforts in the 1940s to extend national social benefits and economic planning, and the backlashes against “big government” that followed reforms of the 1960s and early 1970s. Historical analysis reveals that certain social policies have flourished in the United States: those that have appealed simultaneously to middle-class and lower-income people, while not involving direct bureaucratic interventions into local communities. The editors suggest how new family and employment policies, devised along these lines, might revitalize broad political coalitions and further basic national values.

"Social democratic critiques of the American welfare state abound . . . {and this book] is one of the best works in this genre. It is solidly researched and written with calm authority."—Public Interest