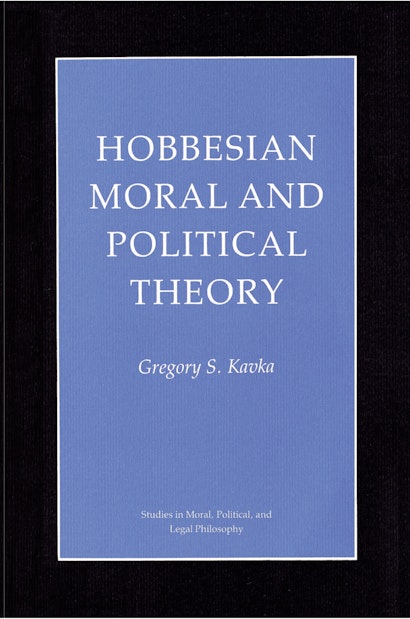 In recent years serious attempts have been made to systematize and develop the moral and political themes of great philosophers of the past. Kant, Locke, Marx, and the classical utilitarians all have their current defenders and arc taken seriously as expositors of sound moral and political views. It is the aim of this book to introduce Hobbes into this select group by presenting a plausible moral and political theory inspired by Leviathan. Using the techniques of analytic philosophy and elementary game theory, the author develops a Hobbesian argument that justifies the liberal State and reconciles the rights and interests of rational individuals with their obligations.

Hobbes’s case against anarchy, based on his notorious claim that life outside the political State would be a “war of all against all,” is analyzed in detail, while his endorsement of the absolutist State is traced to certain false hypotheses about political sociology. With these eliminated, Hobbes’s principles support a liberal redistributive (or “satisfactory”) State and a limited right of revolution. Turning to normative issues, the book explains Hobbes’s account of morality based on enlightened self-interest and shows how the Hobbesian version of social contract theory justifies the political obligations of citizens of satisfactory States.

"This book's great strength is the analytical care with whichKavka addresses Hobbes's theories. He organizes the material bymajor issues, and his argument builds from chapter to chapter. Thewhole is a model commentary on a great philosopher's work."—Russell Hardin, University of Chicago