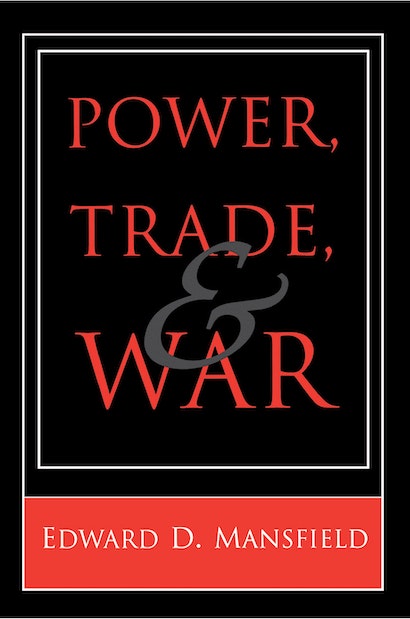 Edward D. Mansfield is Associate Professor of Political Science at Columbia University. He is coeditor, with Friedrich V. Kratochwil, of International Organization: A Reader.

"The arrogance of power? World peace through world trade? These and similar questions on the relationships among power concentration, trade, and war are examined in this sophisticated quantitative study of the world system in the last two centuries."—Choice

"An exemplar of the kind of careful and rigorous empirical analysis necessary to advance understanding in the field of international relations. Power, Trade, and War is subtle, nuanced, and sensitive to debates in the existing literatures on the sometimes disparate topics it covers."—David A. Lake, University of California, San Diego.

"This book is a sorely needed comprehensive empirical study of power, trade, and war. While other studies touch on aspects of this subject, none comes close to the scope of this work."—Lisa Martin, Harvard University