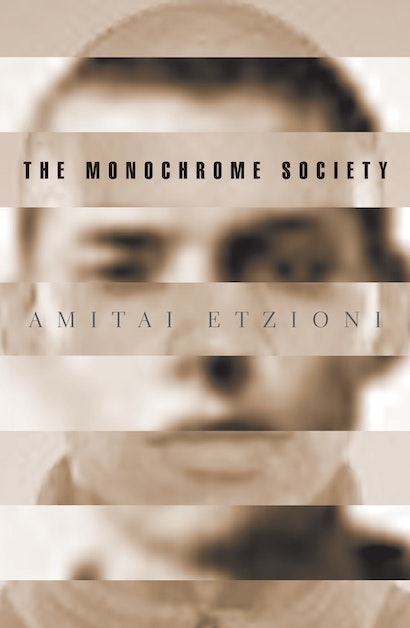 Amitai Etzioni is one of the most influential social and political thinkers of our day, a man synonymous with the ideas of communitarianism. In this book, Etzioni challenges those who argue that diversity or multiculturalism is about to become the governing American creed. On the surface, America may seem like a fractured mosaic, but the country is in reality far more socially monochromatic and united than most observers have claimed.


In the first chapter, Etzioni presents a great deal of evidence that Americans, whites and African Americans, Hispanics and Asian Americans, new immigrants and decedents of the Pilgrims, continue to share the same core of basic American values and aspirations.


He goes on to show that we need not merely a civil but also a good society, one that nurtures virtues. He assesses key social institutions that can serve such a society ranging from revived holidays to greater reliance on public shaming. The most effective sources of bonding and of shared ideas about virtue, he insists throughout, come from the community, not from the state.


Etzioni also challenges moral relativists who argue that we have no right to “impose” our moral values on other societies. He responds to those who fear that a cohesive community must also be one that is oppressive, authoritarian, and exclusive. And he explores and assesses possible new sources and definitions of community, including computer-mediated communities and stakeholding in corporations.


By turns provocative and reassuring, the chapters here cut to the heart of several of our most pressing social and political issues. The book is further evidence of Etzioni’s enduring place in contemporary thought.

Amitai Etzioni is University Professor at The George Washington University. A past President of the American Sociological Association, he is the author of nineteen books, including The Moral Dimension (The Free Press), The Limits of Privacy (Basic Books), and The New Golden Rule (Basic Books), which won the Simon Wiesenthal Center's 1997 Tolerance Book Award. He was recently awarded the Sociological Practice Association's Outstanding Contribution Award and the Seventh James Wilbur Award for Extraordinary Contributions to the Appreciation and Advancement of Human Values.

"Etzioni's liberal communitarianism addresses a serious problem, namely how to arrest the atomisation of modern societies and improve the quality not only of citizenship but of life in general."—Bhikhu Parekh, Times Higher Education Supplement

"Written in an uncomplicated style, The Monochrome Society is a significant contribution."—Sean Donlon, Sunday Independent

"A series of absorbing and significant reflections on how virtue-sustaining communities may be possible under modern conditions that, at first glance, seem stacked against them . . . A robust defense of communitarianism. . ."—Jonathan Marks, The Responsive Community

"Even readers unsympathetic with communitarian ideas will find these well-thought-out and well-written essays thought provoking."—Library Journal

"These wide-ranging essays are full of fresh insights and challenging ideas. Etzioni takes us on a voyage of discovery, in an open-minded spirit of study and exploration. He suggests ways of thinking about specific policy areas, including crime, child protection, and the Internet, as well as basic issues in moral and social theory, such as making cross-cultural moral judgments. Anyone interested in communitarian thinking will find much refreshment in this book."—Philip Selznick, University of California, Berkeley

"These essays apply sound sociological reasoning to such themes as diversity, human rights, and the maintenance of social norms. They are very well written, avoiding both excessive academicism and a popularizing tone that seems to talk down to the reader. Thus, these essays are both highly readable and informative."—Dennis Wrong, author of The Problem of Order and The Modern Condition