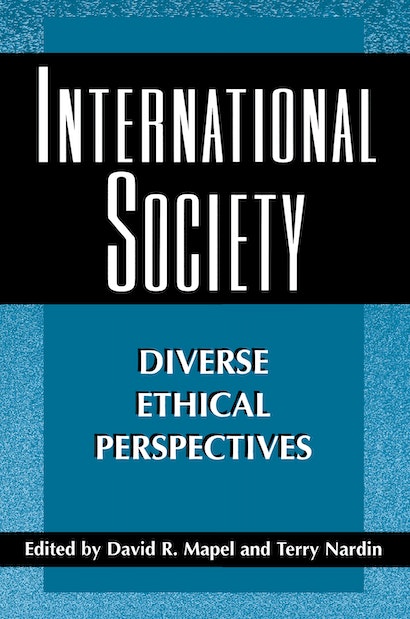 In a time of eroding sovereignty and resurgent nationalism, this collection provides a searching investigation of the moral foundations of the international order. Drawing on diverse philosophical and theological perspectives, the contributors debate the character of international society, the authority of international law and institutions, and the demands of international justice. In a series of philosophical essays, each followed by a critical commentary, the book considers the contributions of legal positivism, natural law, Kantian ethics, contractarian theory, and moral cosmopolitanism to the discussion of law and justice in international society. It also includes commentaries by experts in Jewish, Christian, and Islamic moral theology, and a concluding chapter that compares and contrasts the views presented without seeking to adjudicate their differences.


Because of its comprehensive approach and the diversity of its viewpoints, the volume serves as an introduction to the topic and as a resource for scholars, journalists, policy makers, and anyone else who wants to understand better the range of moral perspectives that underlies discussion of the current international order. In addition to the editors, the contributors are Brian Barry, Chris Brown, John Charvet, Richard Friedman, Robert P. George, Sohail Hashmi, Pierre Laberge, David Miller, David Novak, Max L. Stackhouse, Fernando R. Tesón, and Frederick G. Whelan.

"The work edited by Mapel and Nardin comprises sophisticated philosophical and legal analyses of the concept of 'international society' that is often associated with 'the English school' in International Relations.... A useful and highly topical corrective to the 'rogue states doctrine' promulgated by the United States!"—NOD and Conversion

"This penetrating study examines ethical perspectives on international society.... This volume will be of special interest to scholars of international ethics."—Choice

"The collection is excellently constructed and put together and both individually and collectively very powerful. . . . An intellectually distinguished and extremely well conceived project."—N.J. Rengger, Political Studies