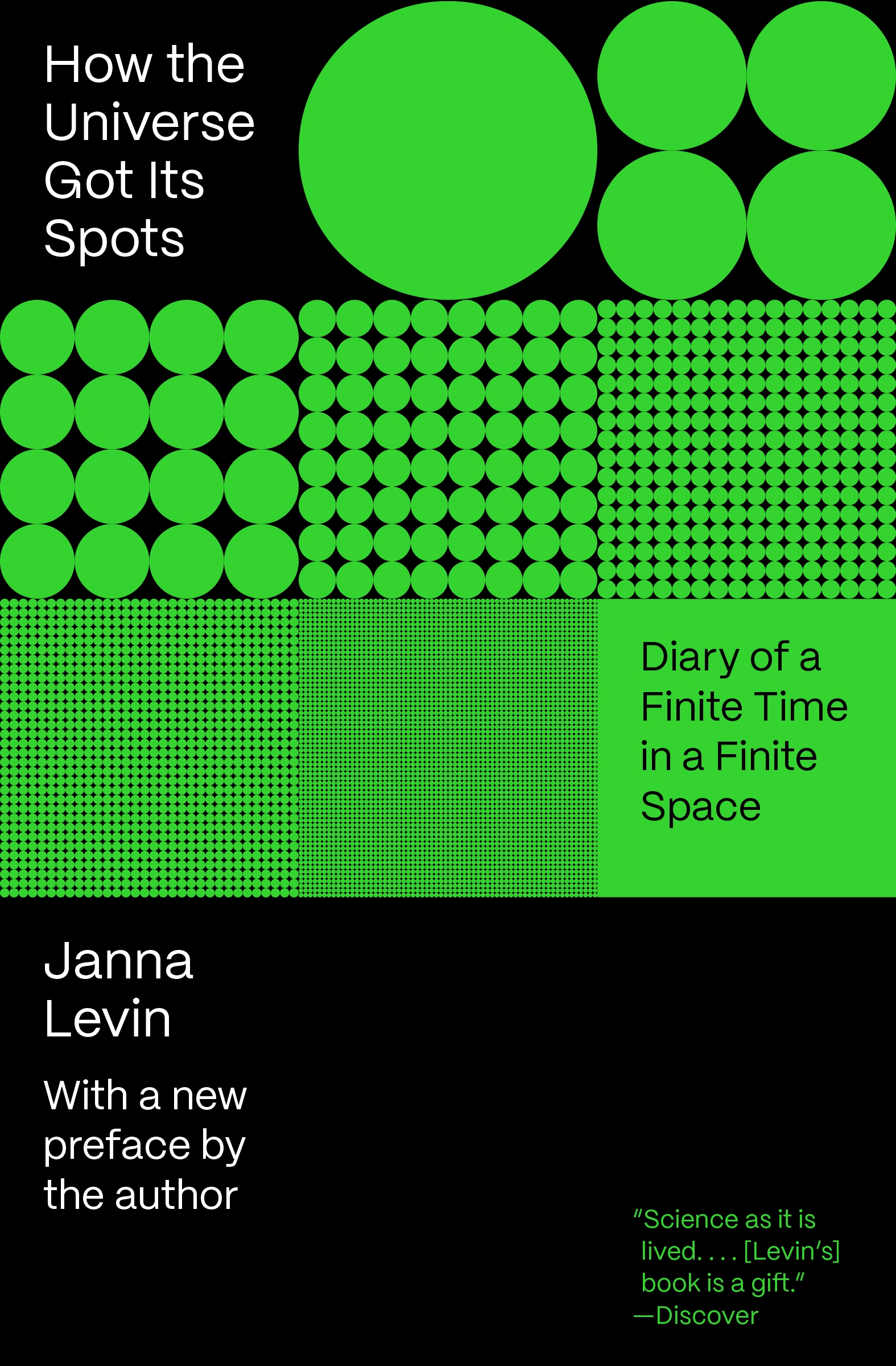 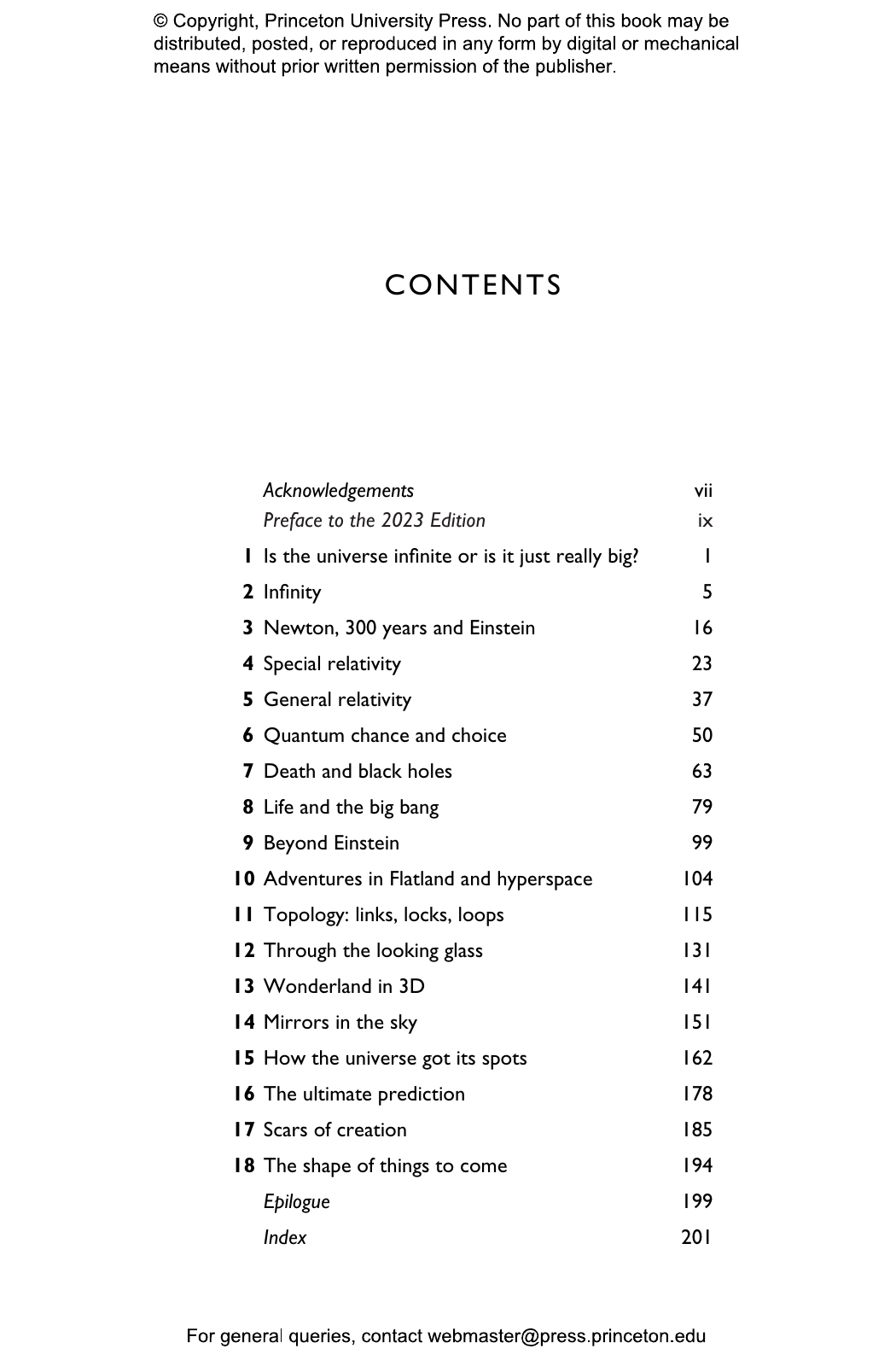 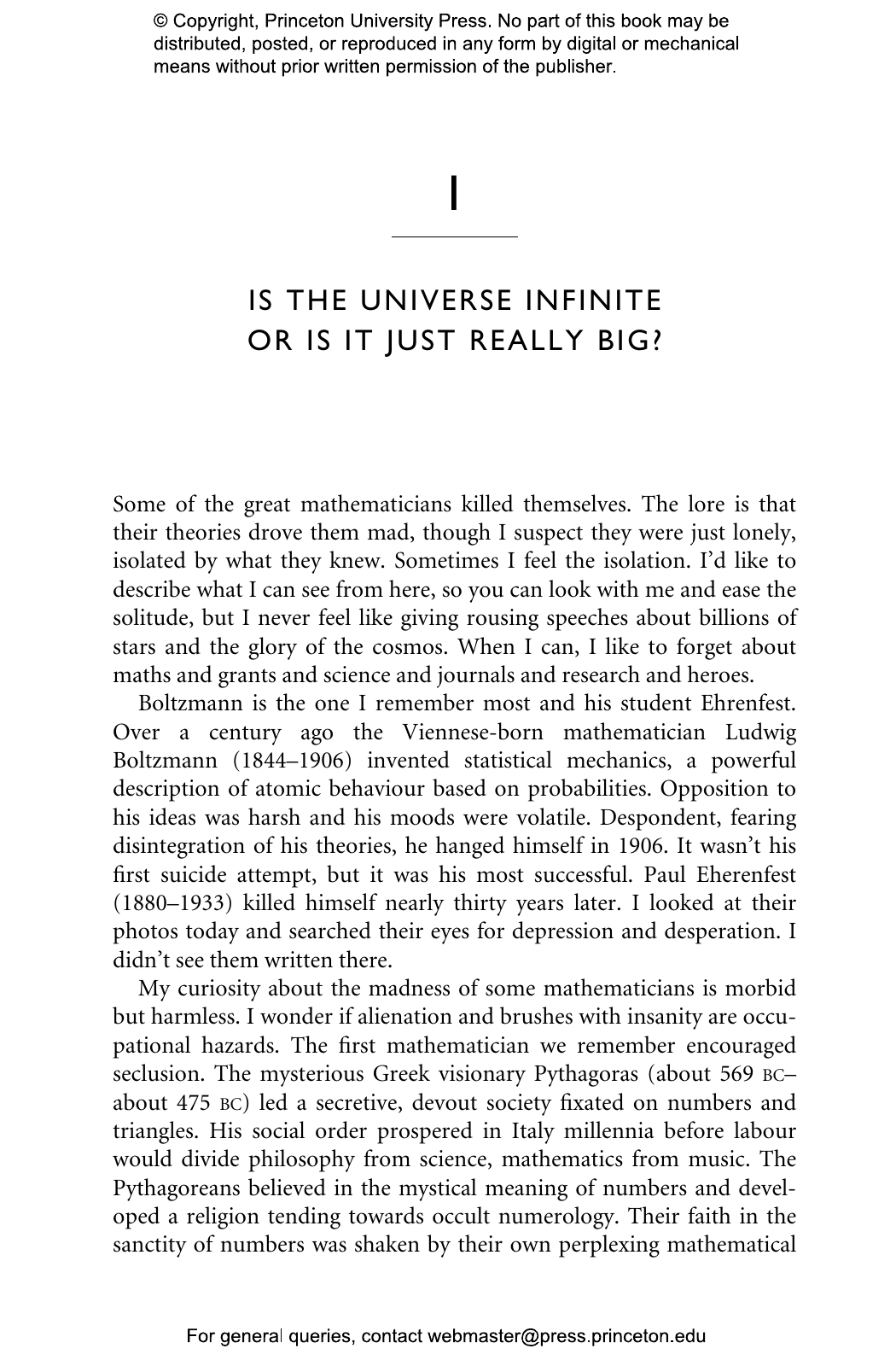 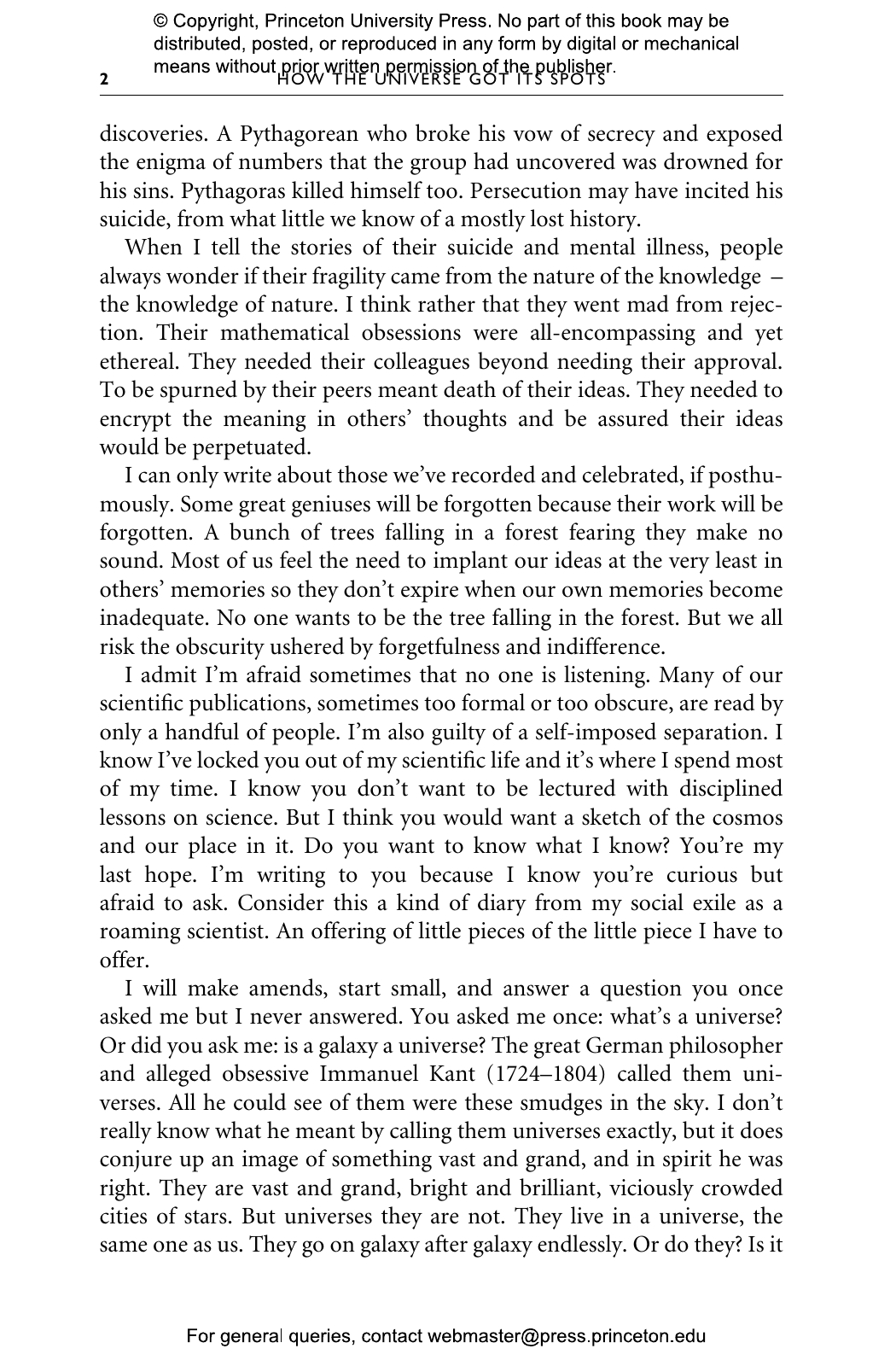 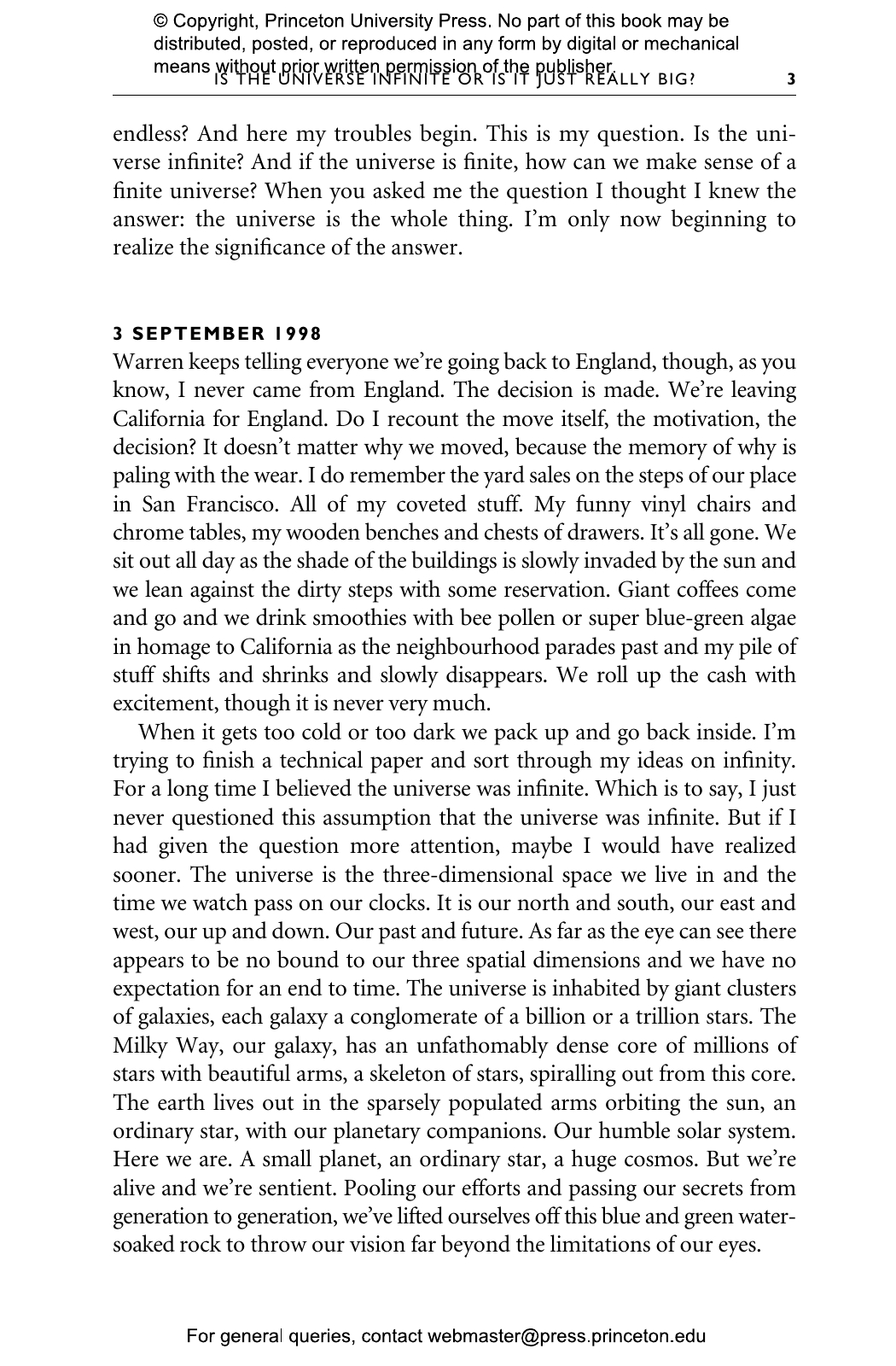 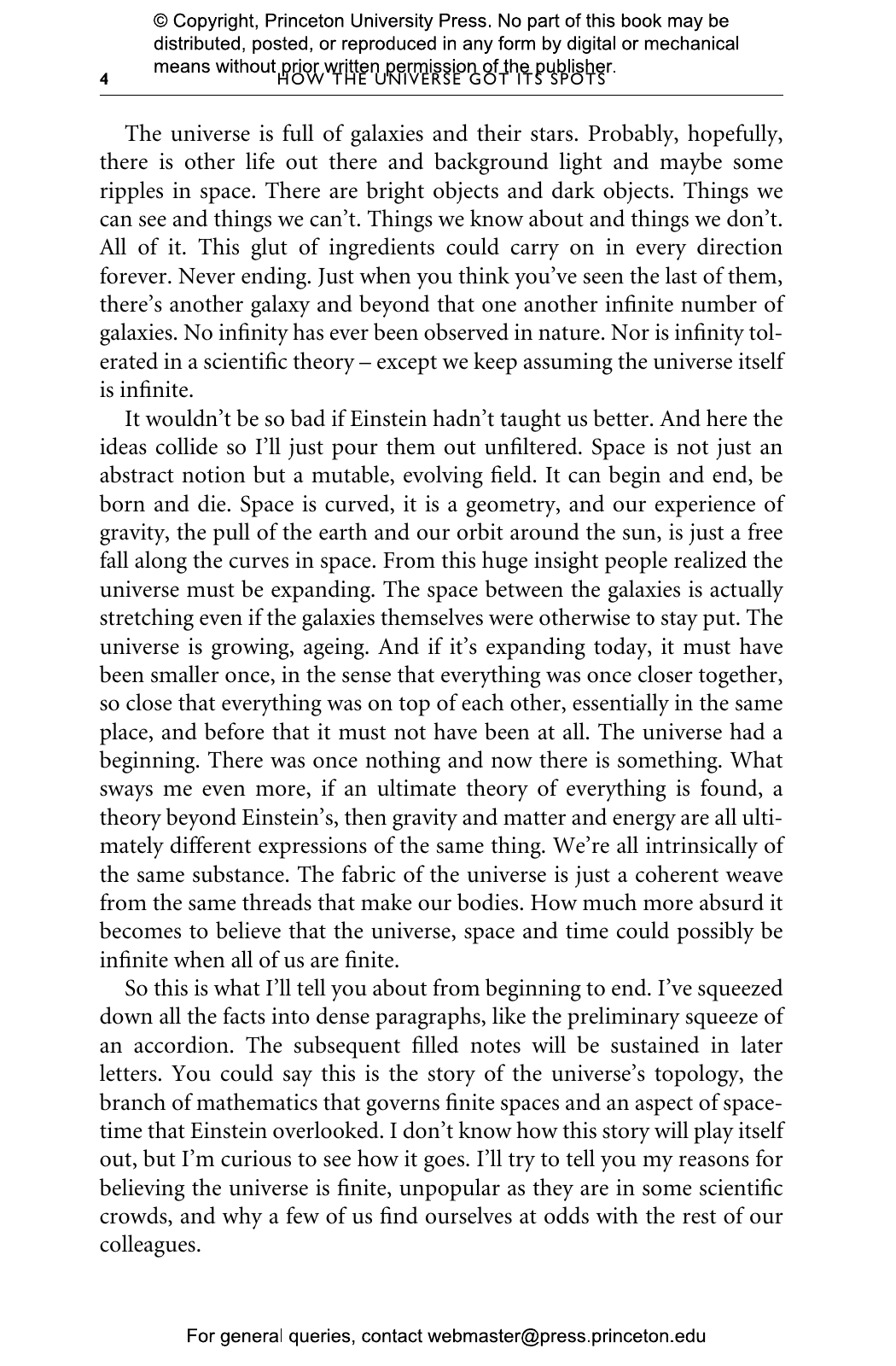 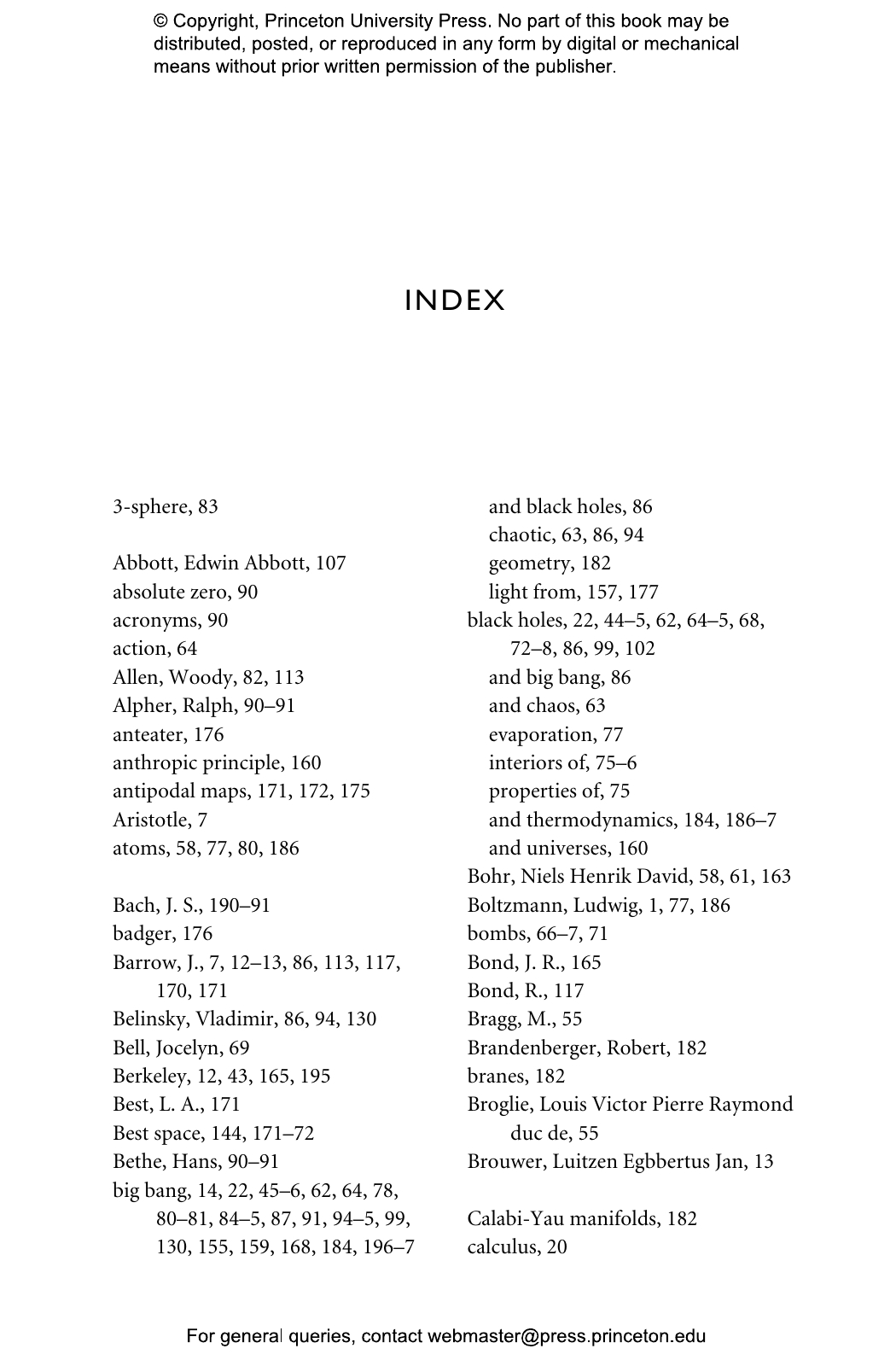 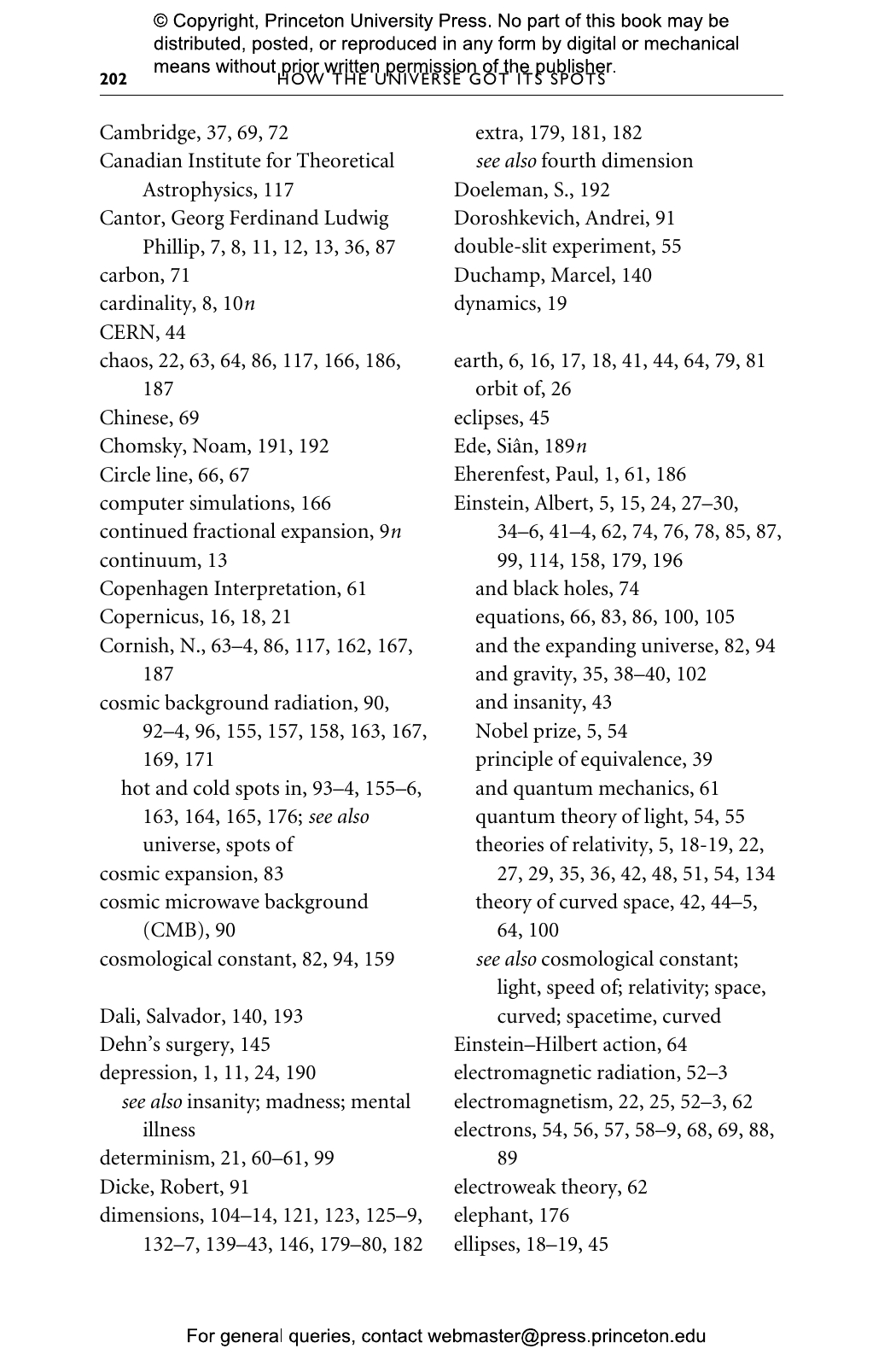 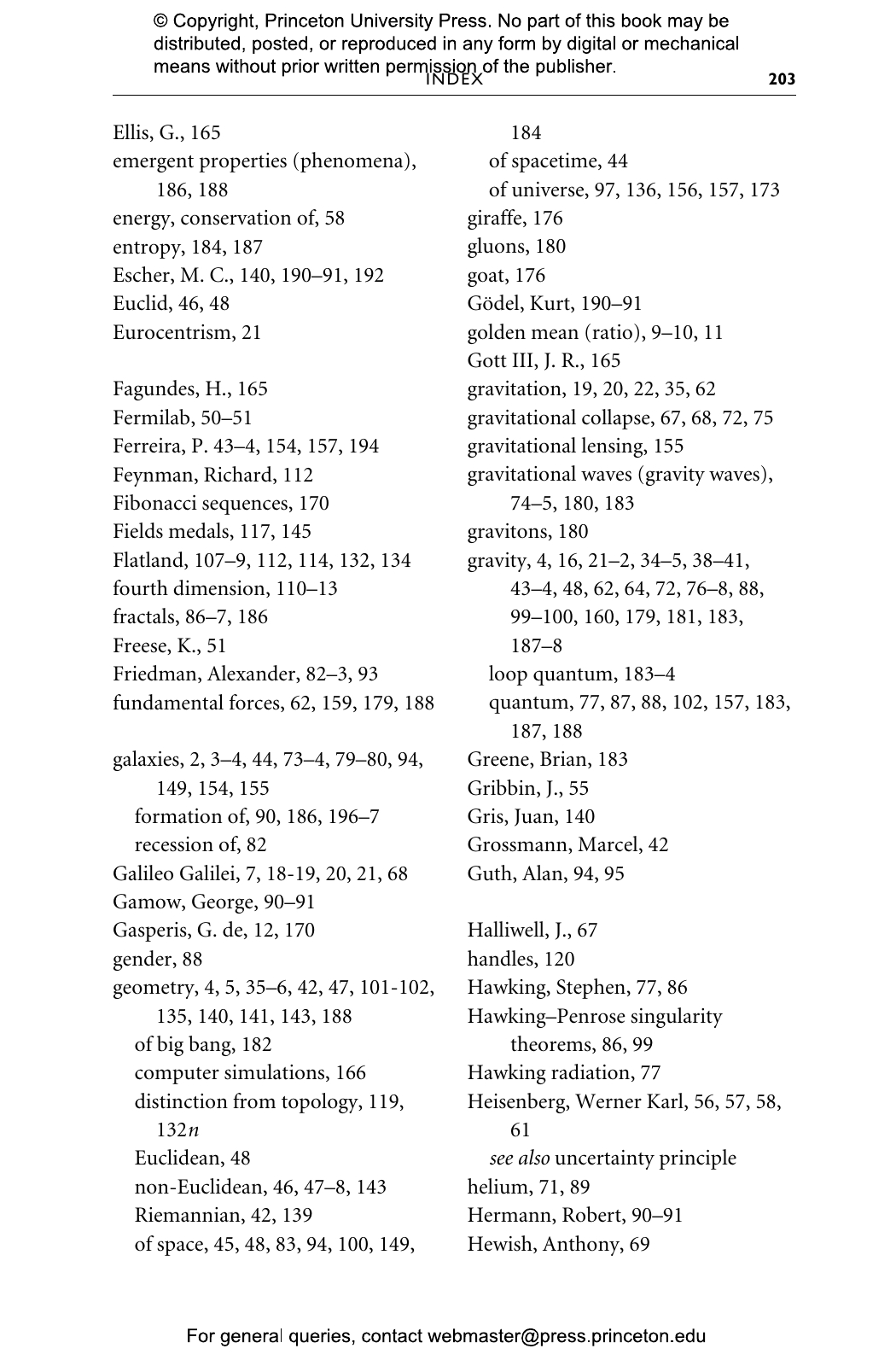 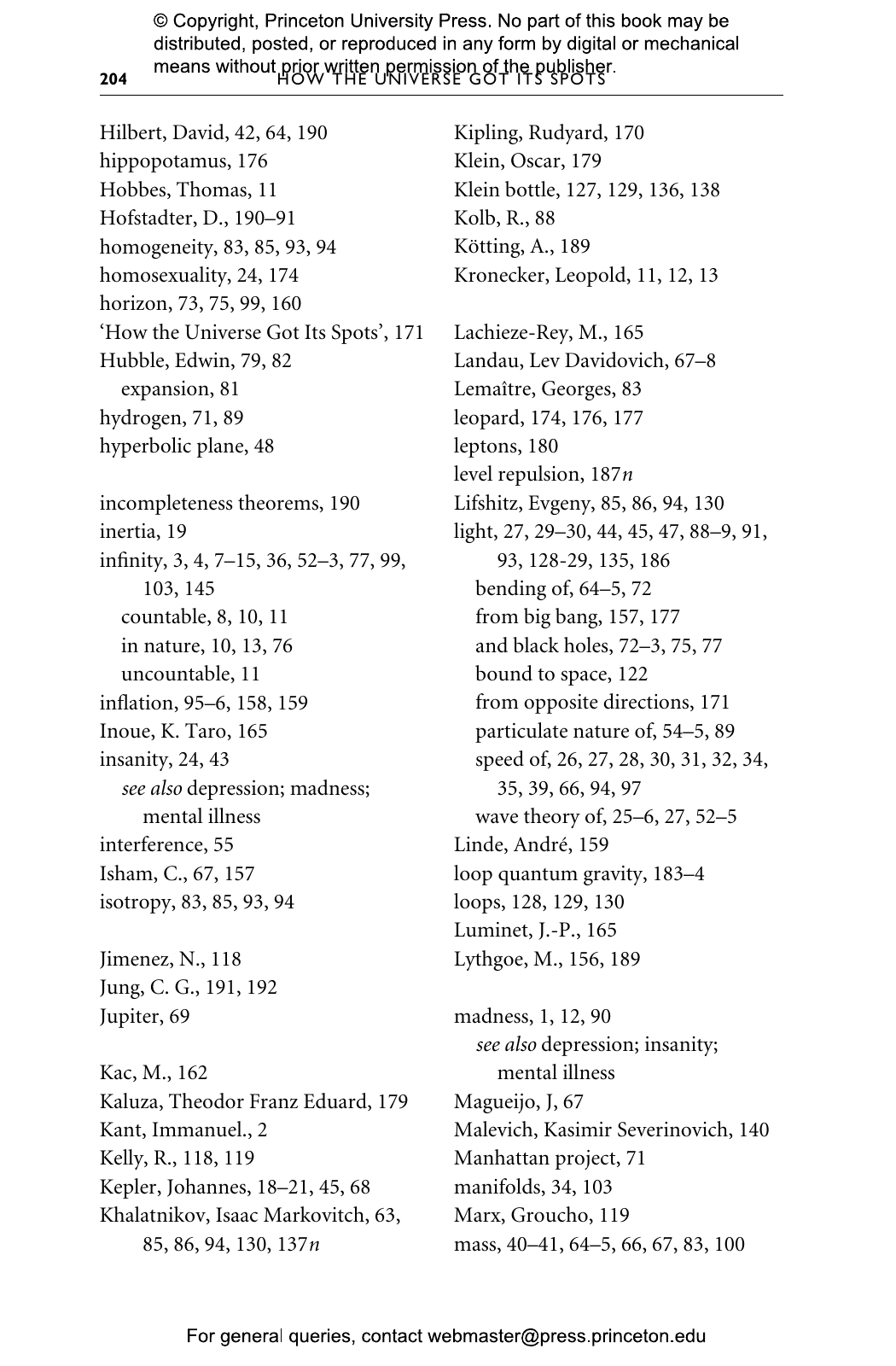 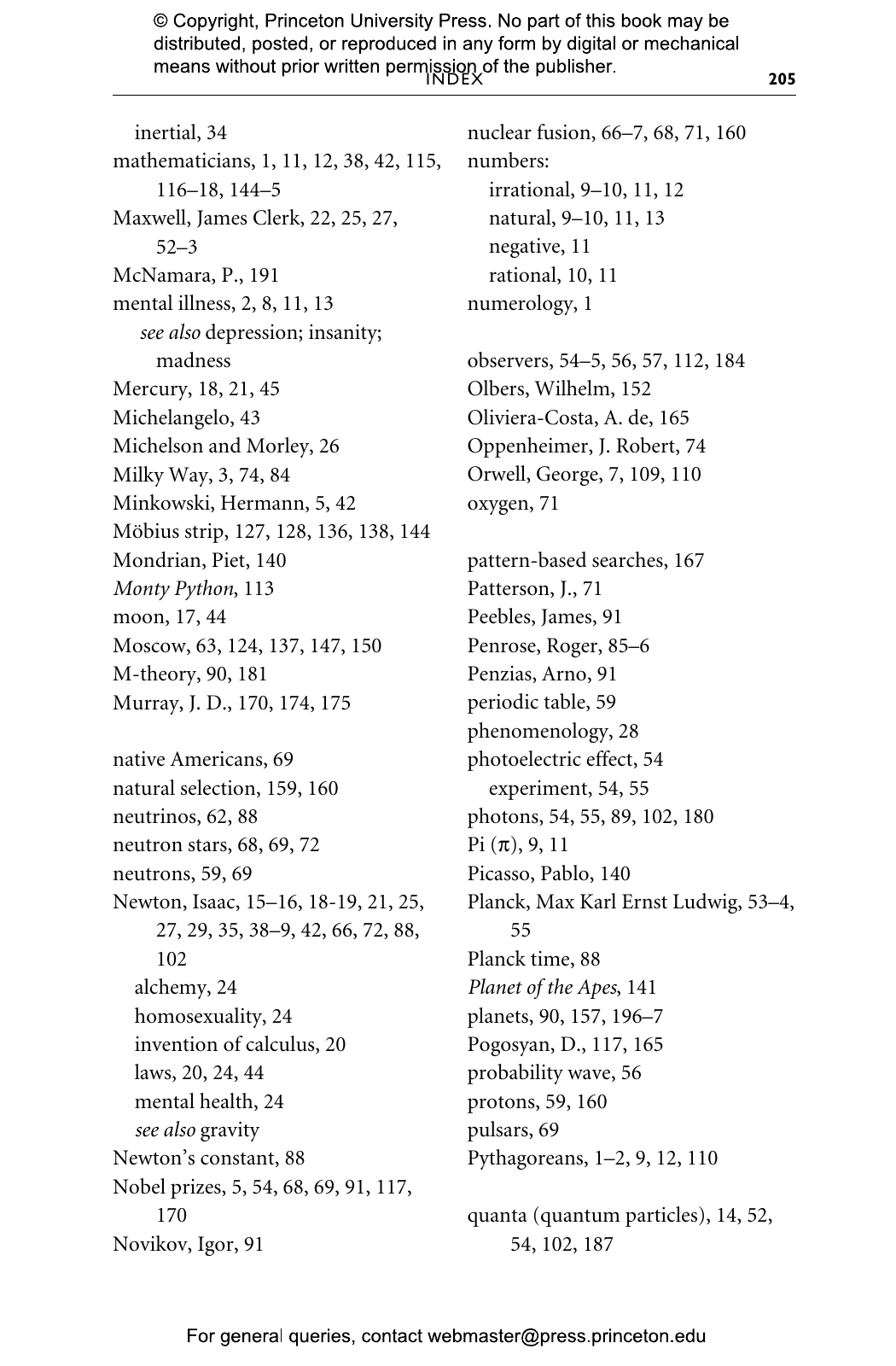 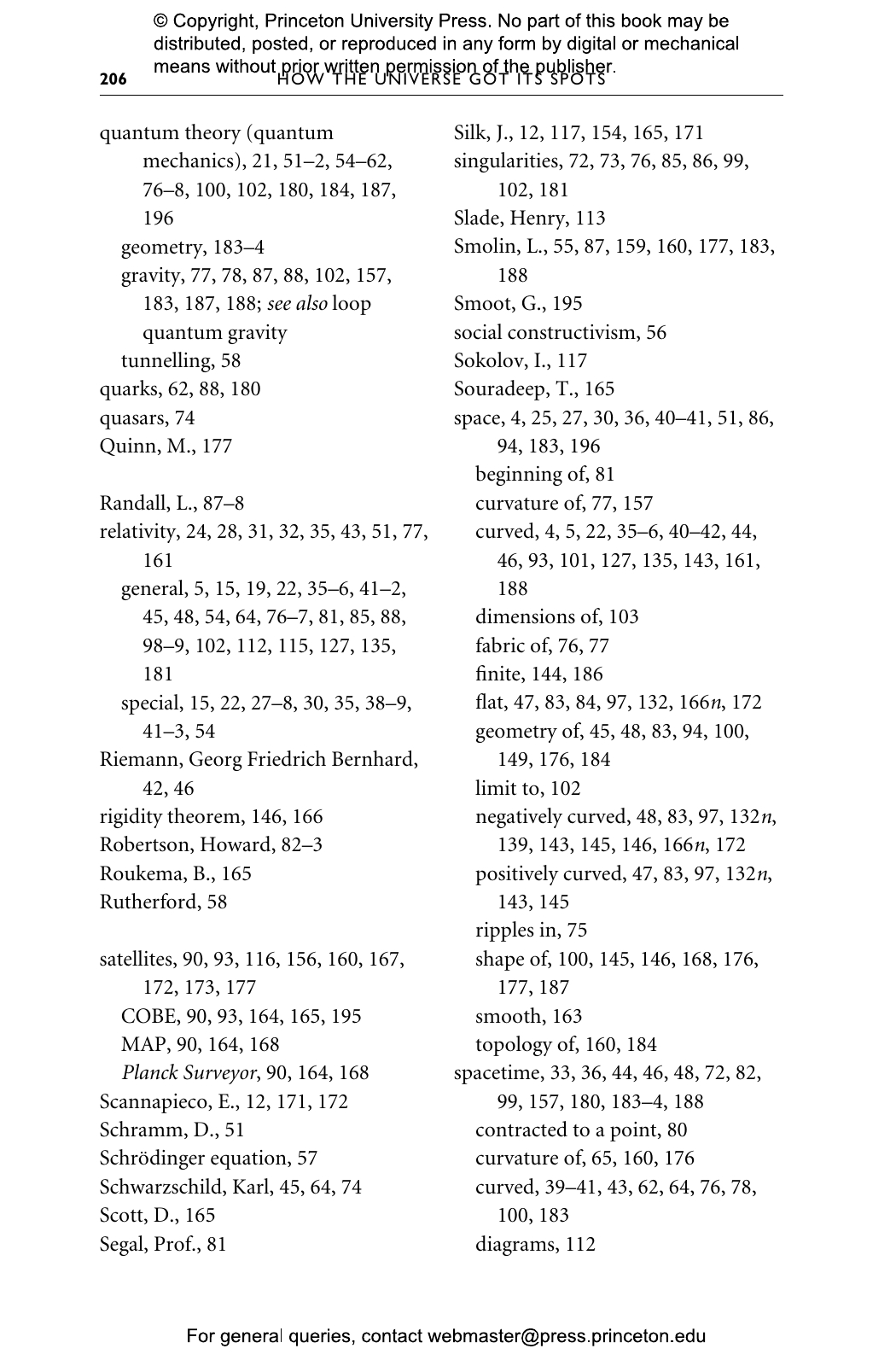 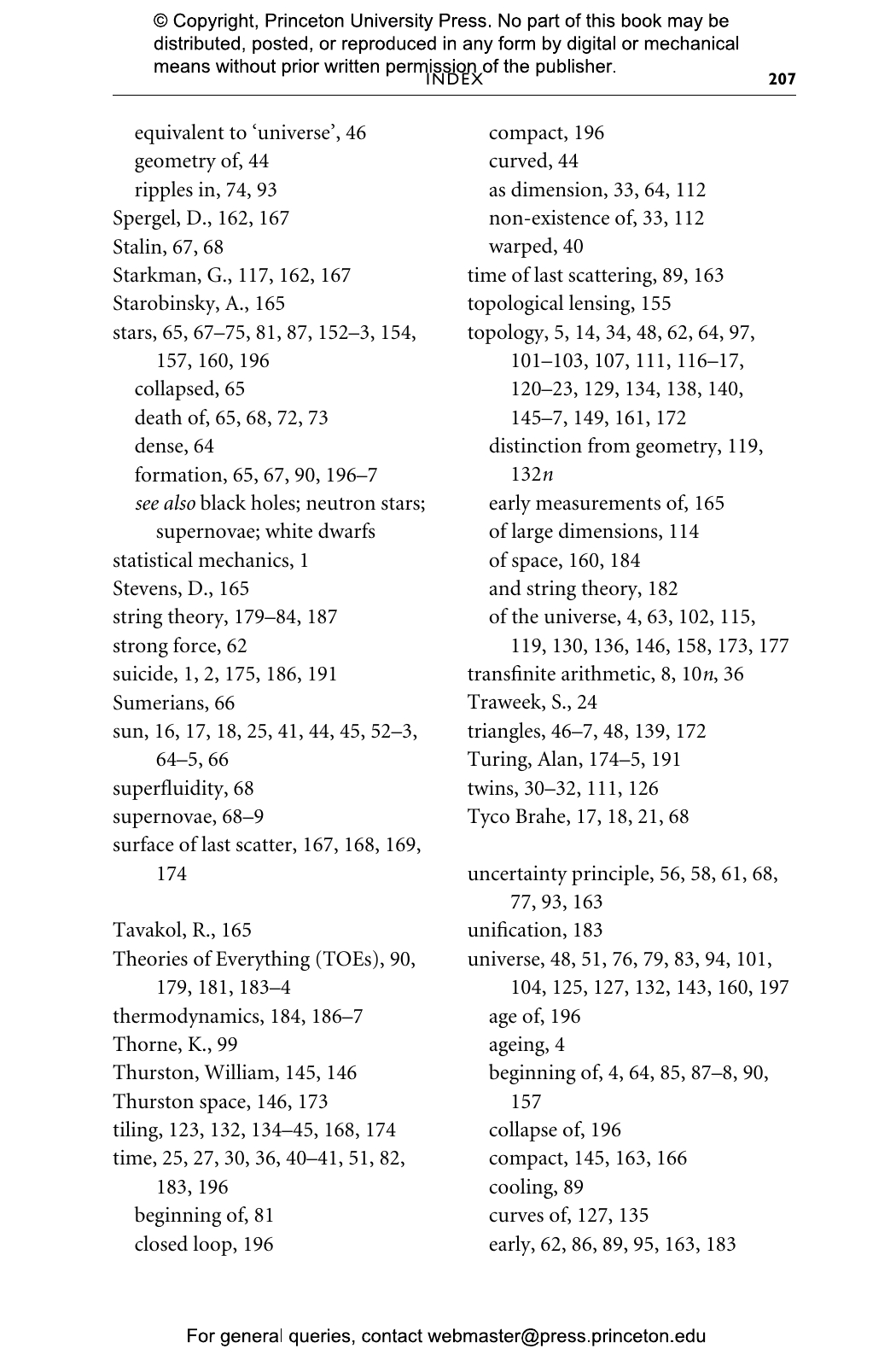 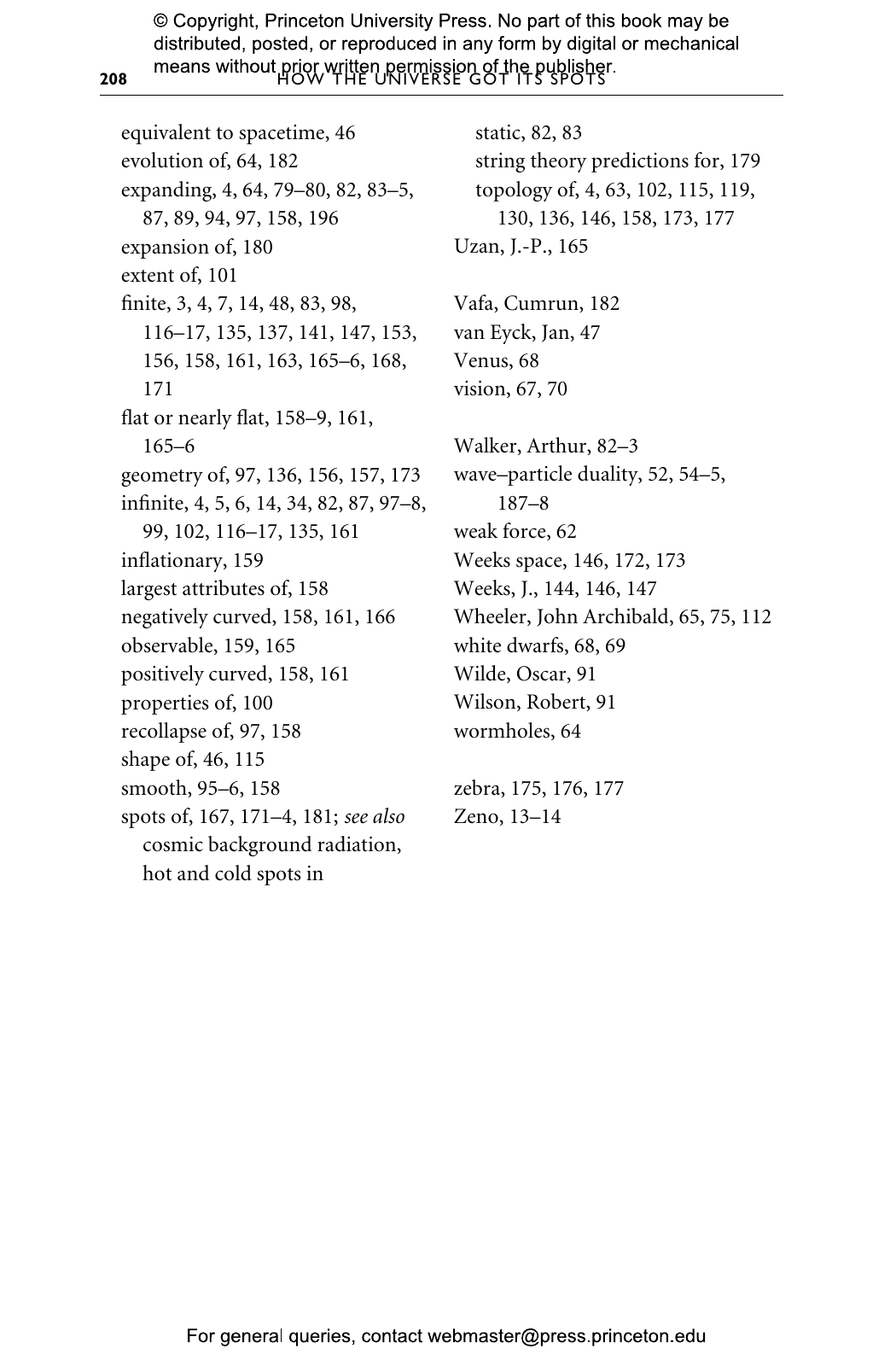 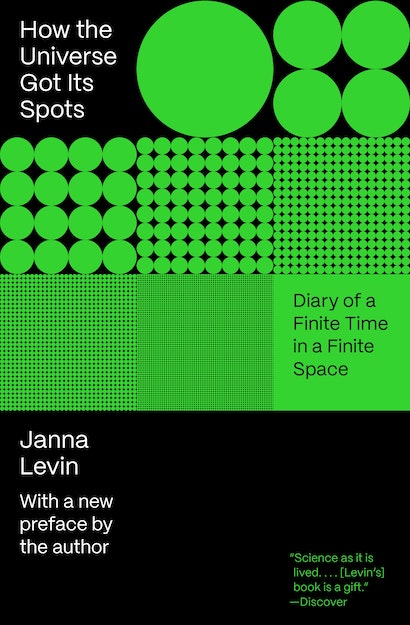 Is the universe infinite, or is it just really big? Does nature abhor infinity? In startling and beautiful prose, Janna Levin’s diary of unsent letters to her mother describes what we know about the shape and extent of the universe, about its beginning and its end. She grants the uninitiated access to the astounding findings of contemporary theoretical physics and makes tangible the contours of space and time—those very real curves along which apples fall and planets orbit.

Levin guides the reader through the observations and thought-experiments that have enabled physicists to begin charting the universe. She introduces the cosmic archaeology that makes sense of the pattern of hot spots left over from the big bang, a pursuit on the verge of discovering the shape of space itself. And she explains the topology and the geometry of the universe now coming into focus—a strange map of space full of black holes, chaotic flows, time warps, and invisible strings. Levin advances the controversial idea that this map is edgeless but finite—that the universe is huge but not unending—a radical revelation that would provide the ultimate twist to the Copernican revolution by locating our precise position in the cosmos.

As she recounts our increasingly rewarding attempt to know the universe, Levin tells her personal story as a scientist isolated by her growing knowledge. This book is her remarkable effort to reach across the distance of that knowledge and share what she knows with family and friends—and with us. Highly personal and utterly original, this physicist’s diary is a breathtaking contemplation of our deep connection with the universe and our aspirations to comprehend it.

Janna Levin is an Advanced Fellow in the Department of Applied Mathematics and Theoretical Physics at Cambridge University. She holds a Ph.D. from the Massachusetts Institute of Technology and worked previously at the Canadian Institute for Theoretical Astrophysics and the Center for Particle Astrophysics at the University of California, Berkeley.

"This intimate account of the life and thought of a physicist is one of the nicest scientific books I have ever read—personal and honest, clear and informative, entertaining and difficult to put down."—Alejandro Gangui, American Scientist

"In an engaging, quirky collection of letters originally intended for her mother, Levin describes her quest as a cosmologist to understand both the topology of the universe and her place in it."—Discover

"The intellectual-emotional balance, and the finely tuned prose, are what makes this different from the very many other books on cosmology. And Levin has found an interesting way to do this; the book is in the form of letters to her mother."—Globe and Mail

"Often elegiac in tone like a premature swansong from a young scientist with much to say—How the Universe Got Its Spots is a genuine attempt to break down barriers, both intellectual and emotional, between scientists and their wished-for-audience."—Ken Grimes and Alison Boyle, Astronomy

"If the universe is infinite, then its possibilities are infinite as well. But in How the Universe Got Its Spots, the astrophysicist Janna Levin insists that infinity works as a hypothetical concept only, and that it is not found in nature."—Lauren Porcaro, New Yorker

"Although we're tantalizingly close to the answer, we still don't know if our universe is infinite or finite. Janna Levin, one of the bright young stars on the interface between topology (the study of shapes) and cosmology, describes her efforts to look for the signatures of a finite universe and offers the reader a unique insight into her life and inner thoughts."—David Spergel, Princeton University

"Janna Levin is one of the most talented and original of the young cosmologists, and her book combines a tour of the frontiers of cosmology with an intimate account of her struggles to reconcile the demands of a scientific career with the demands of the heart. No other scientist has yet had the courage to write such an honest and personal account of what it is like to live the life of a scientist."—Lee Smolin, author of The Life of the Cosmos and Three Roads to Quantum Gravity

"This is a totally charming piece of work. A memoir of one very talented young woman, it layers her personal odyssey and bits of science like an exotic piece of intellectual/personal pastry. The attitude toward the subject is that of the artist: feelings matter, pictures matter, intuitions matter. Levin's book is a wonderful read that introduces current science from an odd angle in a lively, accessible, and engaging fashion. I have never read a book like it."—Jeremiah P. Ostriker, Cambridge University