In reconstructing Baartman’s life, the book traverses the South African frontier and its genocidal violence, cosmopolitan Cape Town, the ending of the slave trade, the Industrial Revolution, the French Revolution, the Napoleonic Wars, London and Parisian high society, and the rise of racial science. The authors discuss the ramifications of discovering that when Baartman went to London, she was older than originally assumed, and they explore the enduring impact of the Hottentot Venus on ideas about women, race, and sexuality. The book concludes with the politics involved in returning Baartman’s remains to her home country, and connects Baartman’s story to her descendants in nineteenth- and twentieth-century South Africa.

Sara Baartman and the Hottentot Venus offers the authoritative account of one woman’s life and reinstates her to the full complexity of her history. 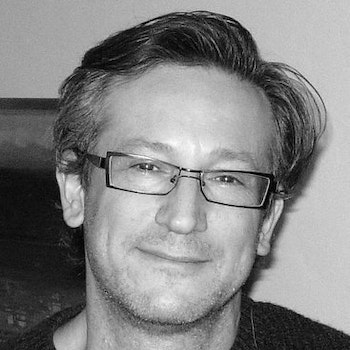 "Professors Clifton Crais and Pamela Scully of Emory University have done an excellent job not only of telling this rebarbative story but of putting it into the context of its time. . . . No one, however, has succeeded as well as Crais and Scully in illuminating not only her important role as icon and symbol but, so important, the human being behind them. Because of their diligent research and their deep understanding of the era in which she lived—along with their sensitivity to our own time and concern—they have truly given us the 'living breathing person' that was 'Sara Baartman, the human being who was ultimately destroyed by an illusion.'"—Martin Rubin, Los Angeles Times

"[Crais and Scully] chase down obscure references to Baartman's life in South Africa and discover a rich if difficult life. The authors dig deep into the limited remaining evidence but the biography wears its research lightly, a backdrop to this well-written and fascinating story of a woman who remains an elusive figure."—Publishers Weekly

"The authors…look beyond Baartman's life as a curiosity and an exhibit to explore her life as a woman. Crais and Scully place Baartman's contributions in such areas as the rights of the unlawfully detained, global feminism, and later—when her body was returned to South Africa from France—the politics of indigenous identity. Readers who enjoyed African Queen (2007), by Rachel Holmes, will appreciate this further examination of the life of an extraordinary woman."—Vanessa Bush, Booklist

"This is a thrilling, provocative and interesting exploration. The reader learns about how Baartman's life was transformed once she became the Hottentot Venus, and is given a vivid snapshot of what the sociopolitical and ideological climate of Europe was when Baartman reached its shores. Crais and Scully literally recover Baartman—the public spectacle and the 'scientific discovery'—as so much more. Not only is this book a fascinating read, it will also have done much to restore the historical record in Europe and the US. It is an important and necessary contribution to the existing discourse on Sara Baartman's impact on contemporary ideas of race, sexuality and the European conception of primitivity."—Kaila Adia Story, Times Higher Education

"Clifton Crais and Pamela Scully explore the curious juxtaposition of celebrity and degradation that followed Sara Baartman after she was brought to Europe and put on exhibit, an 'ethnopornograhic freak.' But Crais and Scully are interested in much more than the Hottentot Venus; their aim is to honor Baartman, and they do so with biography that is speculative as well as research-driven."—Joe Taylor, Foreword Magazine

"This biography faced a formidable research challenge in resurrecting a forgotten woman. . . . With such a seemingly unknowable subject, the authors refrain from putting words into Sara's mouth. Rather they reconstruct her life and times, placing her in context. . . . Remarkable."—Lucy Sussex, The Age

"The authors stitch together the pieces of Baartman's life—no small task with so little known about the woman herself—and at times veer necessarily toward the speculative. They . . . admirably attempt to look past the symbol to the woman herself, who led an extraordinary life amid rapidly shifting social and scientific cultures."—Julie Biando Edwards, Library Journal

"This meticulously researched book drags Baartman out of the ugly mythology that characterised her European life and restores her to humanity. It is a model biography because the sources for her real life are scarce and the authors, both academics, had to tease a rich life out of very frail strands of information."—Bruce Elder, Sydney Morning Herald

"[Sara Baartman and the Hottentot Venus] stands out for the lengths it goes to present the person behind the myth. Crais and Scully uncovered details unknown or long forgotten about her life before she became the Hottentot Venus, her personal dealings when she was off the stage, and some of the characters who fill out her story. The authors gather these facts together with a narrative style that richly evokes the smells, sights, sounds, and mores of the worlds in which Baartman dwelled."—Susan Frith, Johns Hopkins Magazine

"In this beautifully written and multilayered biography, Emory University professors Crais and Scully distinguish between the woman and the exhibit in order to restore the ghost to her own narrative. Tapping a wide range of archives, the authors reconstruct the Gonaqua society into which she was born and the Cape society where she worked as a domestic servant in the late 18th century before moving on to more familiar European territory."—C. Higgs, Choice

"The authors are to be commended on an illuminating analysis of the complexities of contact between Europeans and other cultures in the somewhat misnamed Age of Enlightenment. They have produced a gripping biography of an extraordinary woman."—Barbara Bush, Women's History Review

"[T]he book is a significant contribution to the literature on Baartman which will become essential reading for anyone interested in her life, as a living woman or academic subject. The impressive archival work that has been used to recapture so much of Baartman's elusive life is illuminating; although necessarily speculative in parts, on the whole, the book's arguments have been grounded in a well-contextualised and evocative history of the Cape region, London and Paris. Given abiding interest in Baartman's life, the book's accessible style will recommend it to a wide audience, both within and outside the halls of academia."—Sadiah Qureshi, Journal of Imperial and Commonwealth History

"Crais and Scully's extensive new research has produced a rich and interesting biography that is a worthwhile read even for those familiar with the story. As well as providing the most detailed account of Baartman's life, the book is an illuminating insight into the broader contexts of colonial society at the Cape. . . . The real achievement of Crais and Scully's book lies in its readability and the fresh insights it provides into the life of one of Africa's most famous women."—Sadiah Qureshi, History Today

"The excellent historical illustrations throughout help the narrative, making the descriptions read like a movie script."—Margaret H. McFadden, Salem Press

"Crais and Scully . . . point us in the direction of more nuanced studies of the relationship between exploitation, complicity and negotiation, and of the relationship between individual lives and the larger social, political and economic landscape in which they are lived. This is an excellent and provocative study that invites debate."—Shireen Hassim, Labor Bulletin

"The great strength of this book is its readability with vivid, even poetic, descriptions of everything from the African landscape and urban community to the theater district of London."—Martin S. Staum, Journal of Modern History

"Crais and Scully have crafted an admirable book—informative, thought-provoking, and a pleasure to read."—Stacey Hynd, Journal of the Historical Association

"Finally, an authoritative account of the mythologized life of Sara Baartman. The meticulously researched subject comes to life in the hands of historians Crais and Scully, who skillfully negotiate the pitfalls of writing historical biography. The authors make a delicate distinction between the woman, Sara Baartman, and the iconic Hottentot Venus, in this elegantly written, passionate, compassionate, and carefully contextualized study, in which their findings are nevertheless unflinchingly presented. Magnificent—an outstanding contribution to South African culture, past and present."—Zoë Wicomb, author of You Can't Get Lost in Cape Town

"Crais and Scully have produced a definitive study of Sara Baartman and the many lives of the so-called Hottentot Venus. This is a wonderful book that has both intellectual interest and emotional power—I think it will be established as the authoritative account."—Elizabeth Elbourne, McGill University

"An eloquently written story demonstrating meticulous archival research, this book makes an important contribution to scholarly debates about biography. Using a range of previously unrecovered sources, Crais and Scully apply their theoretical insights about 'heterography' to the life of Sara Baartman, moving well beyond her role as the Hottentot Venus by reclaiming her life in the fullness of lived experience."—Kerry Ward, Rice University

"In the very act of demonstrating the impossibility of knowing Sarah Baartman, the authors of this remarkable book have restored her humanity. This is less a biography than an anti-biography, a searing work of social history that acknowledges the deep silence that surrounds so much of human history. A richly researched and deeply moving work."—Laurel Thatcher Ulrich, author of Well-Behaved Women Seldom Make History