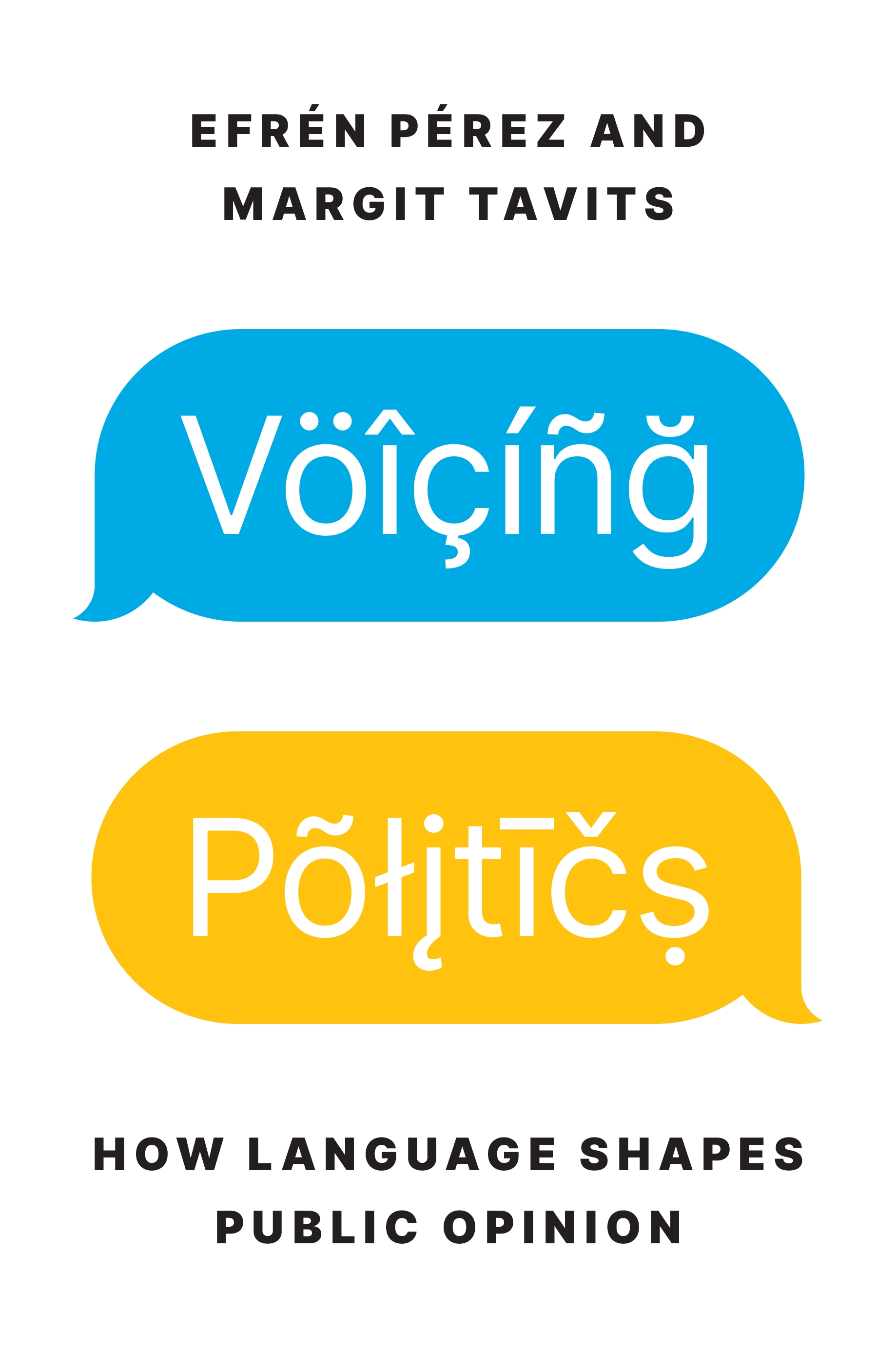 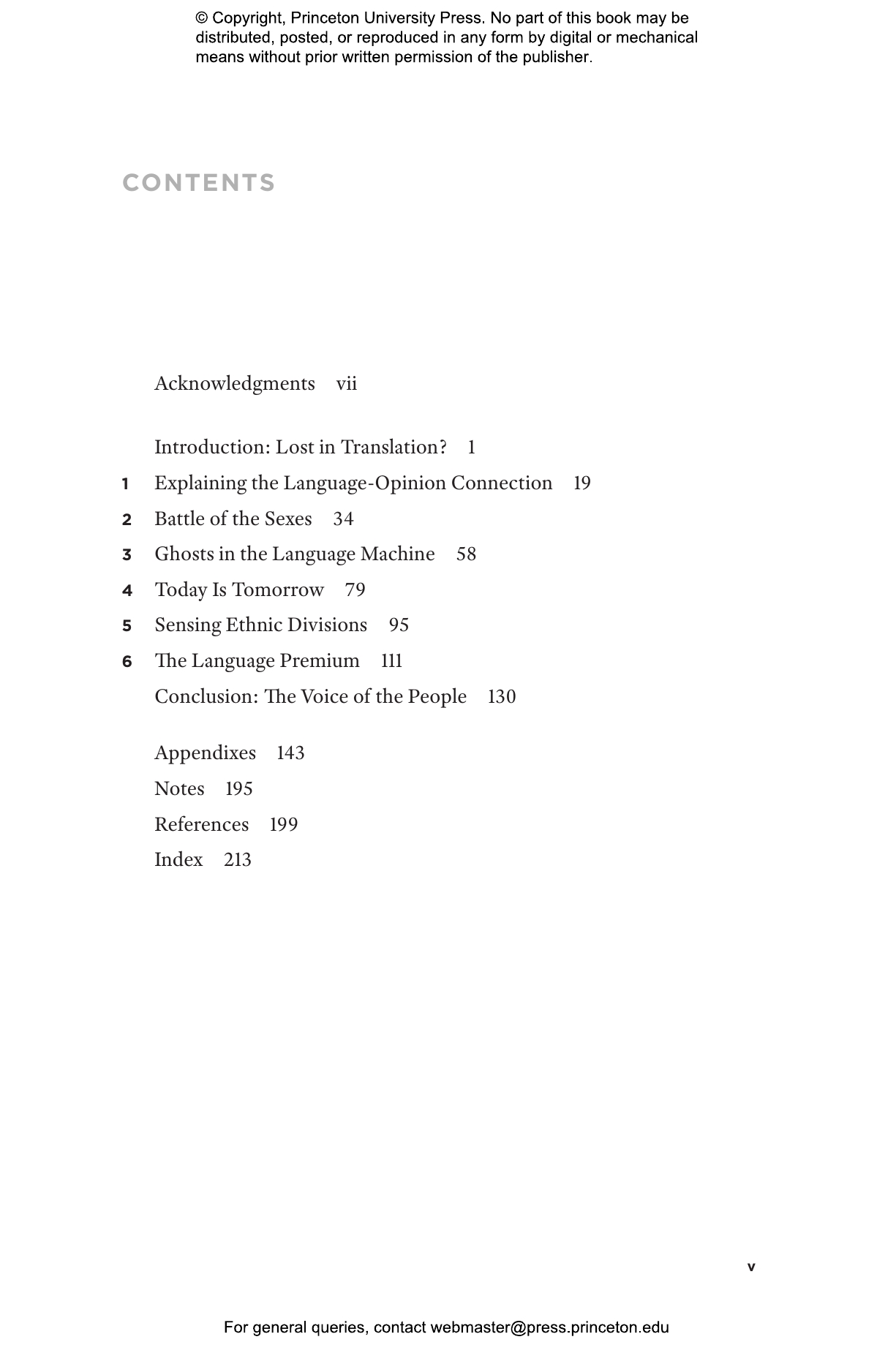 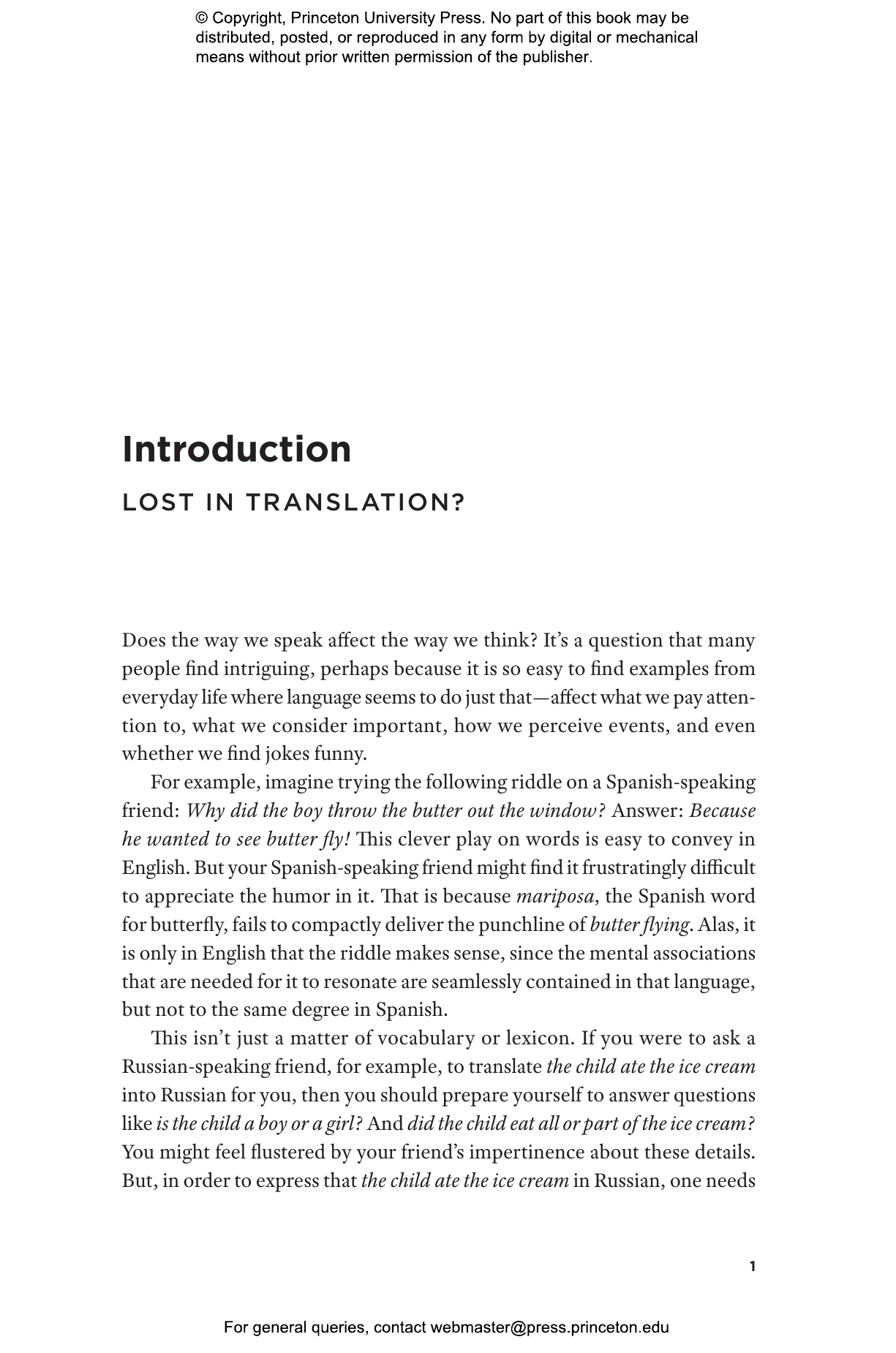 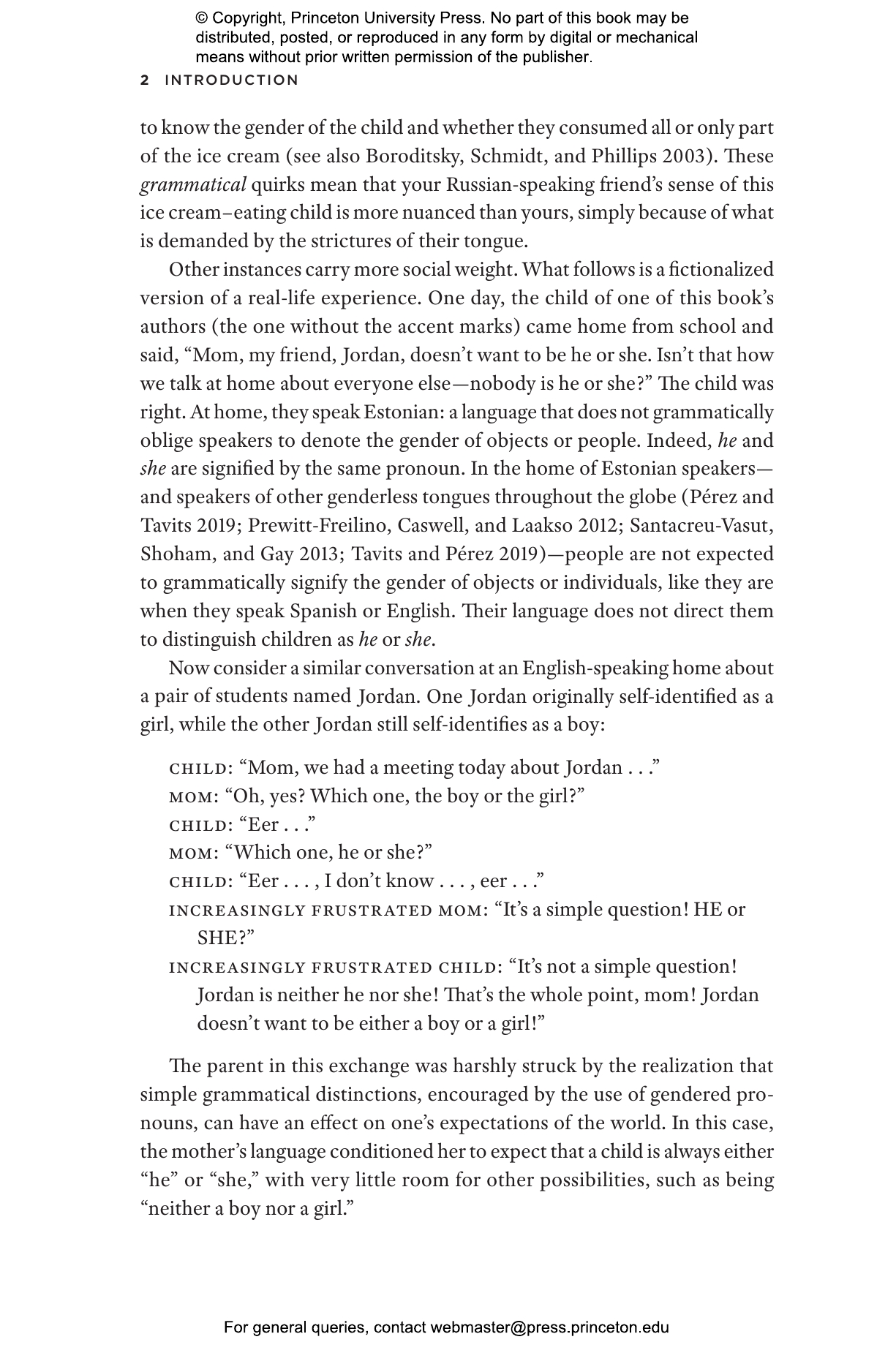 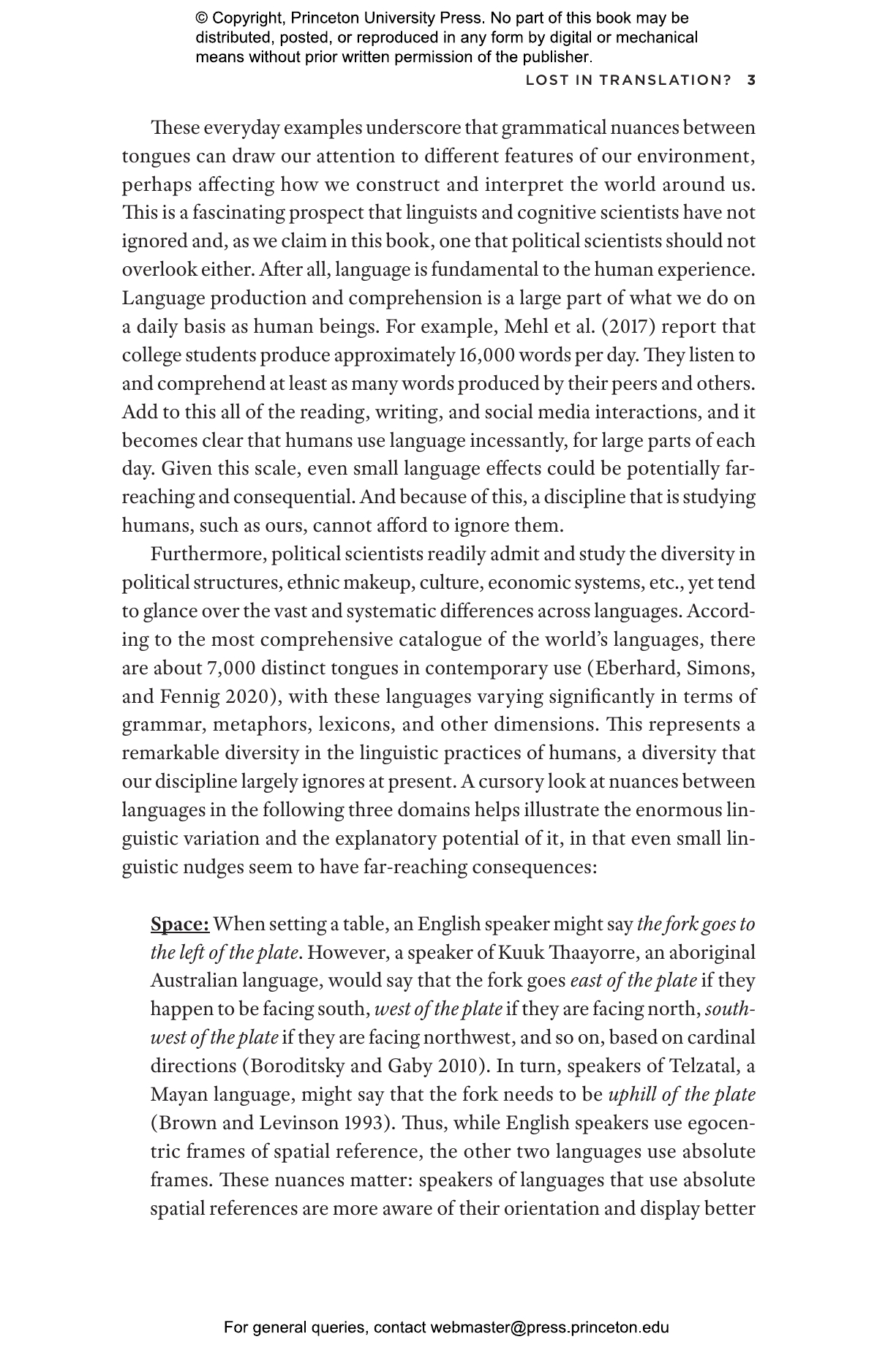 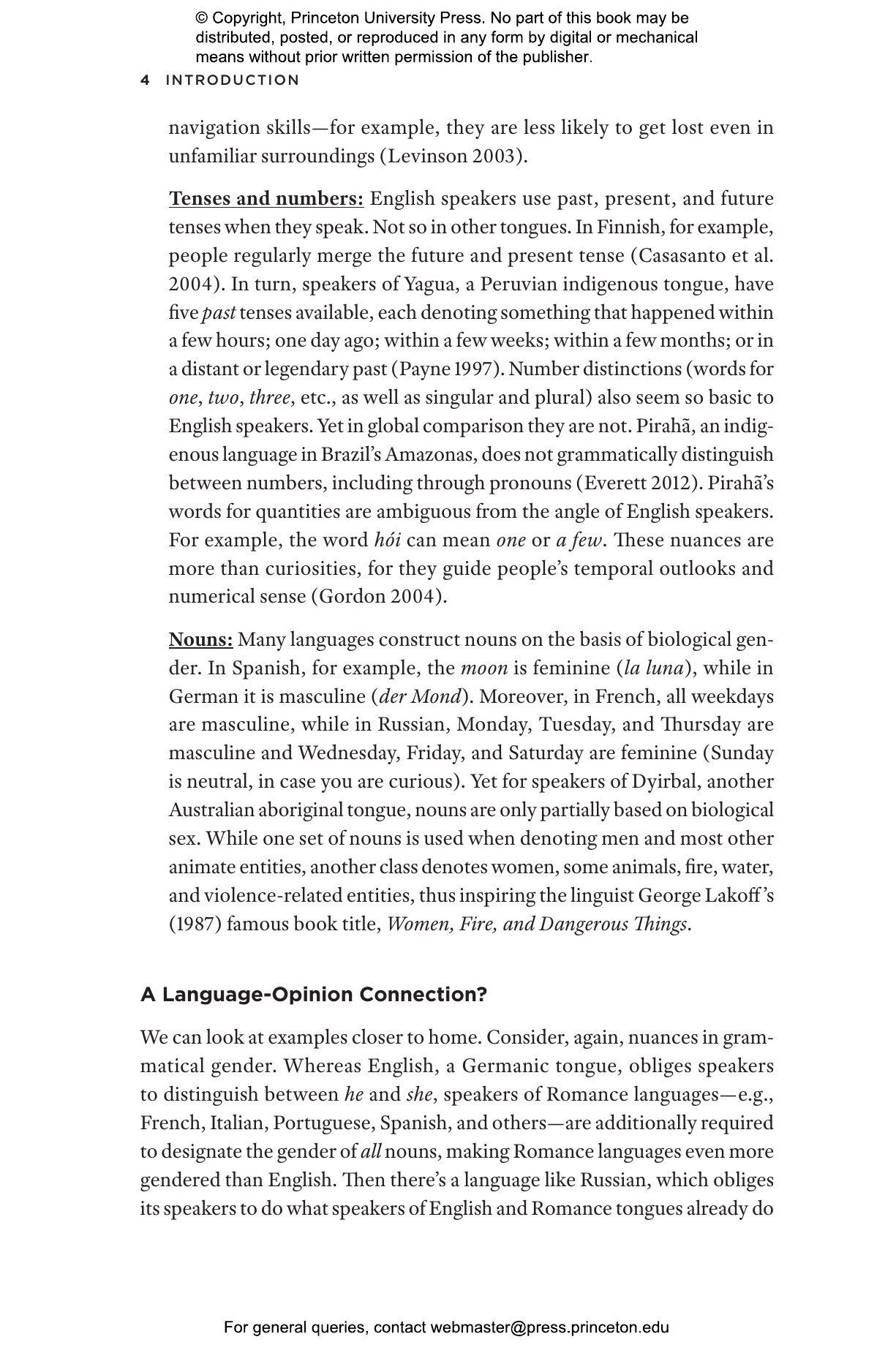 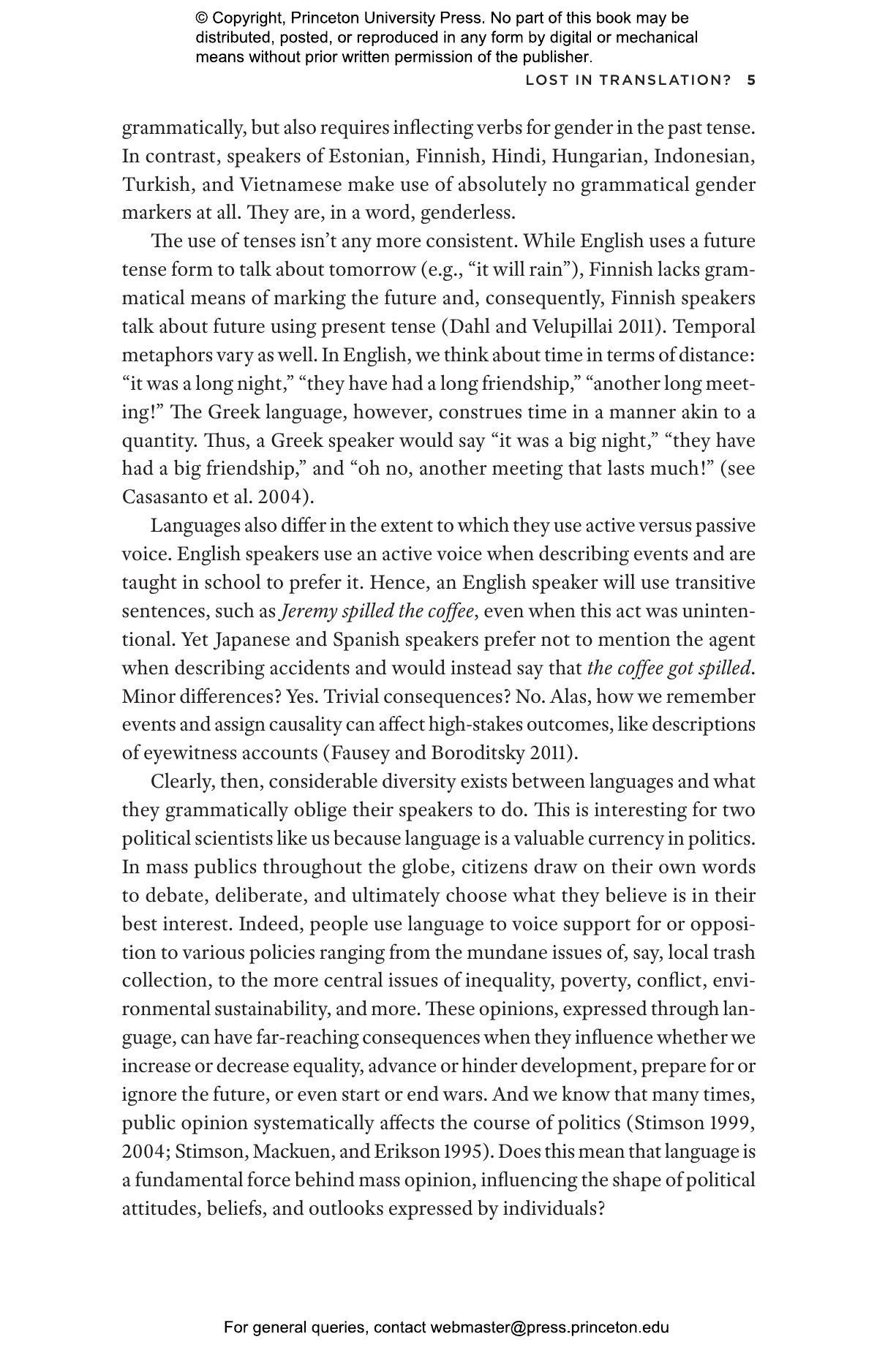 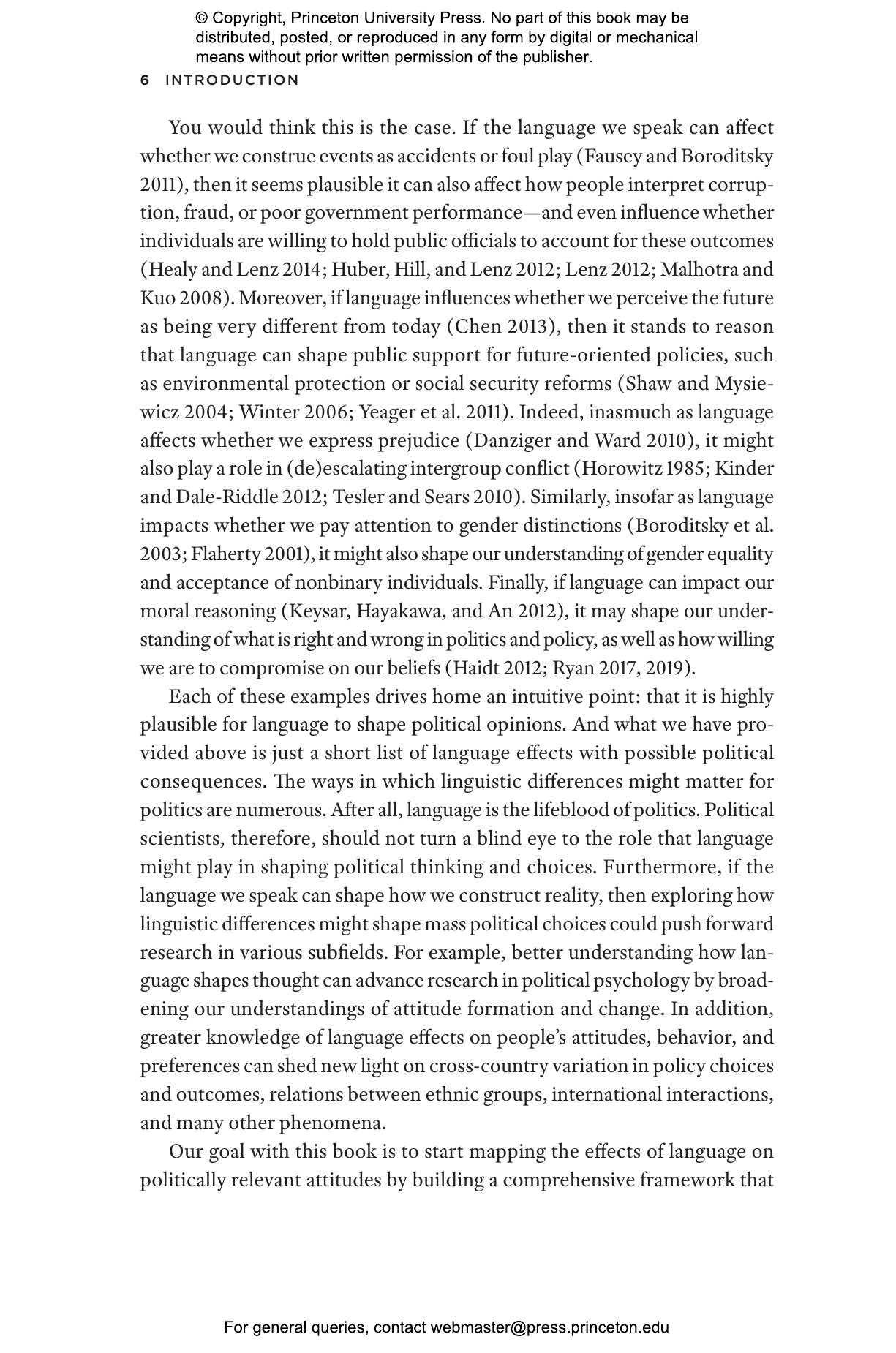 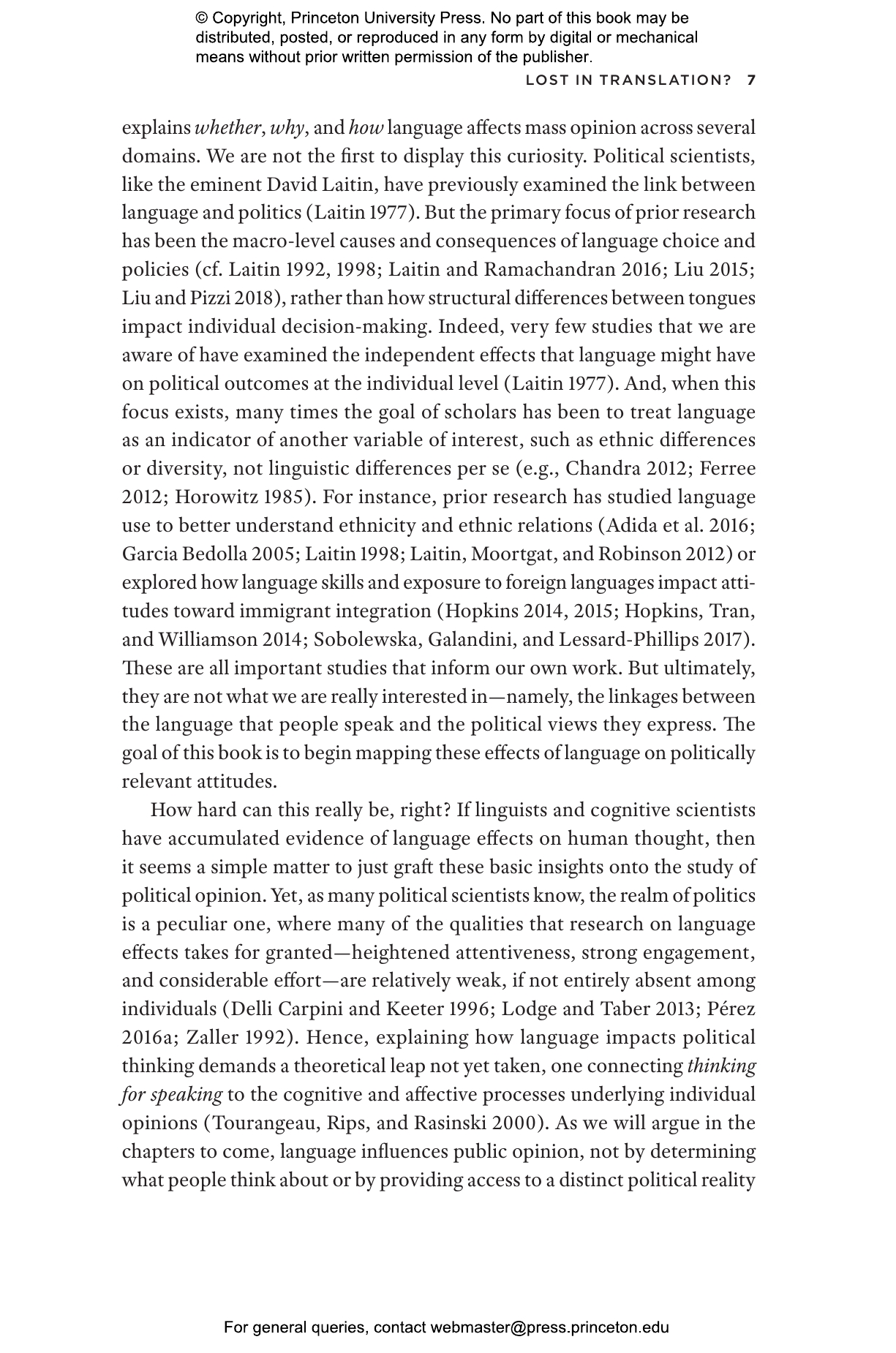 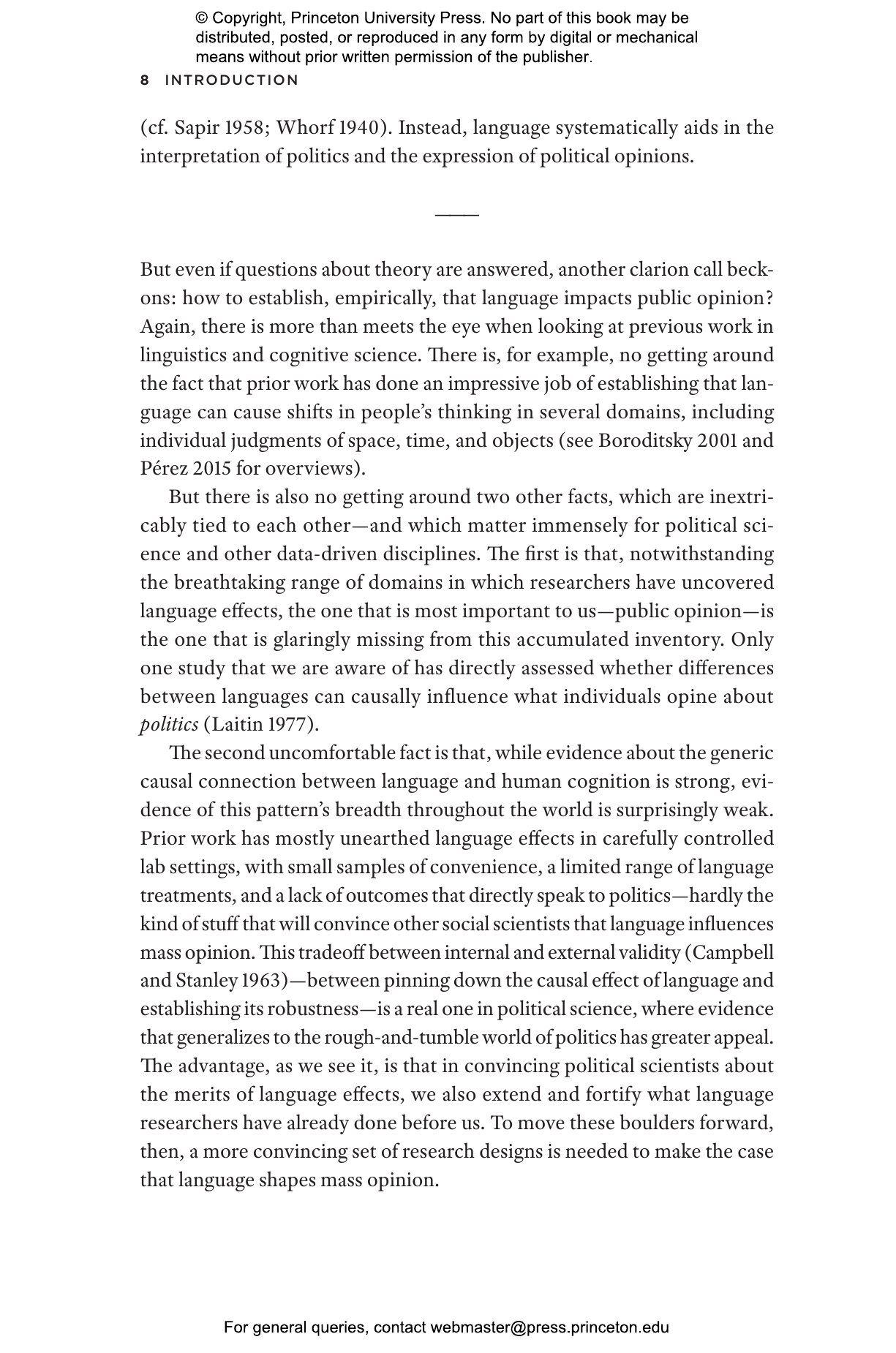 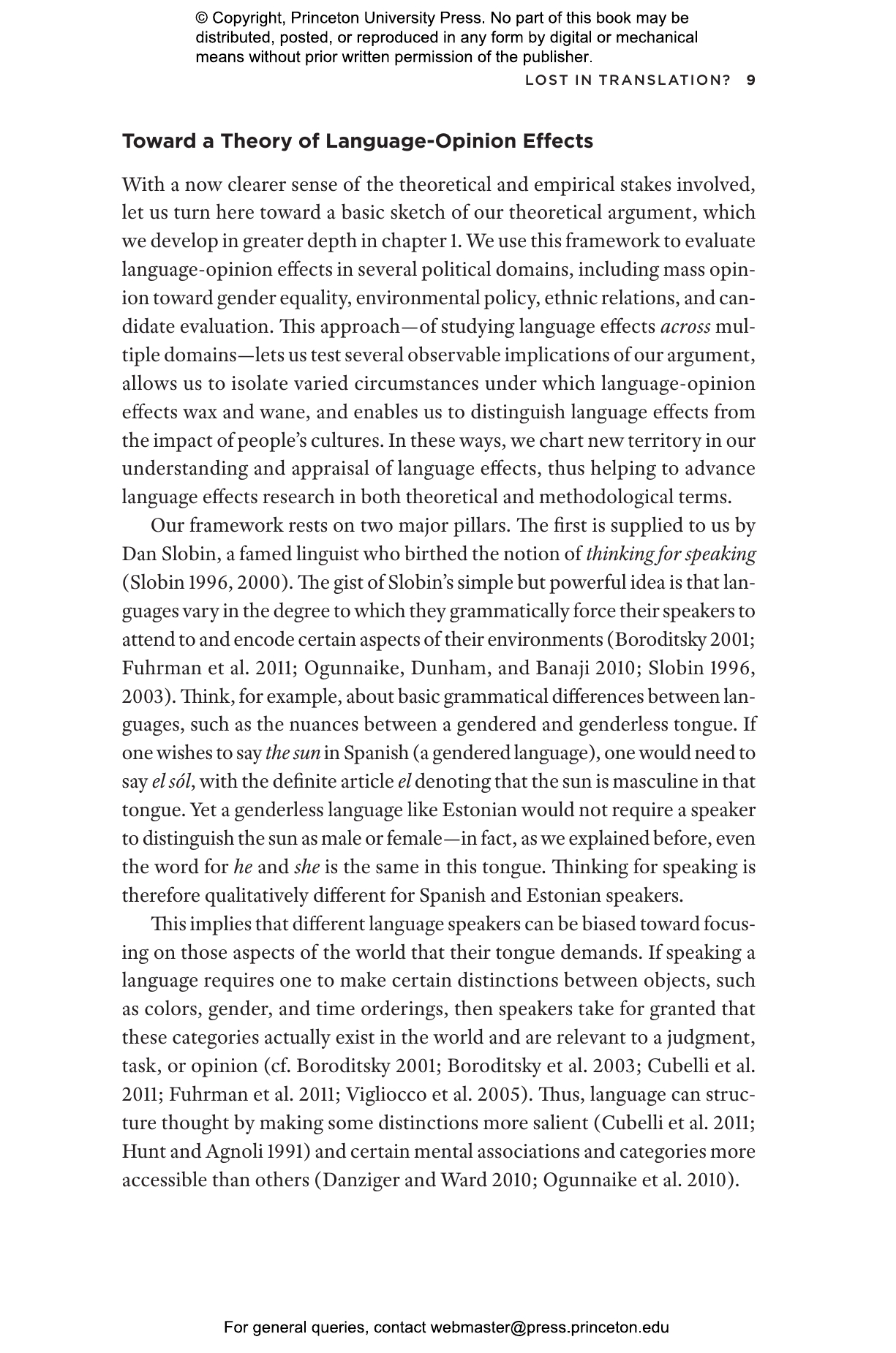 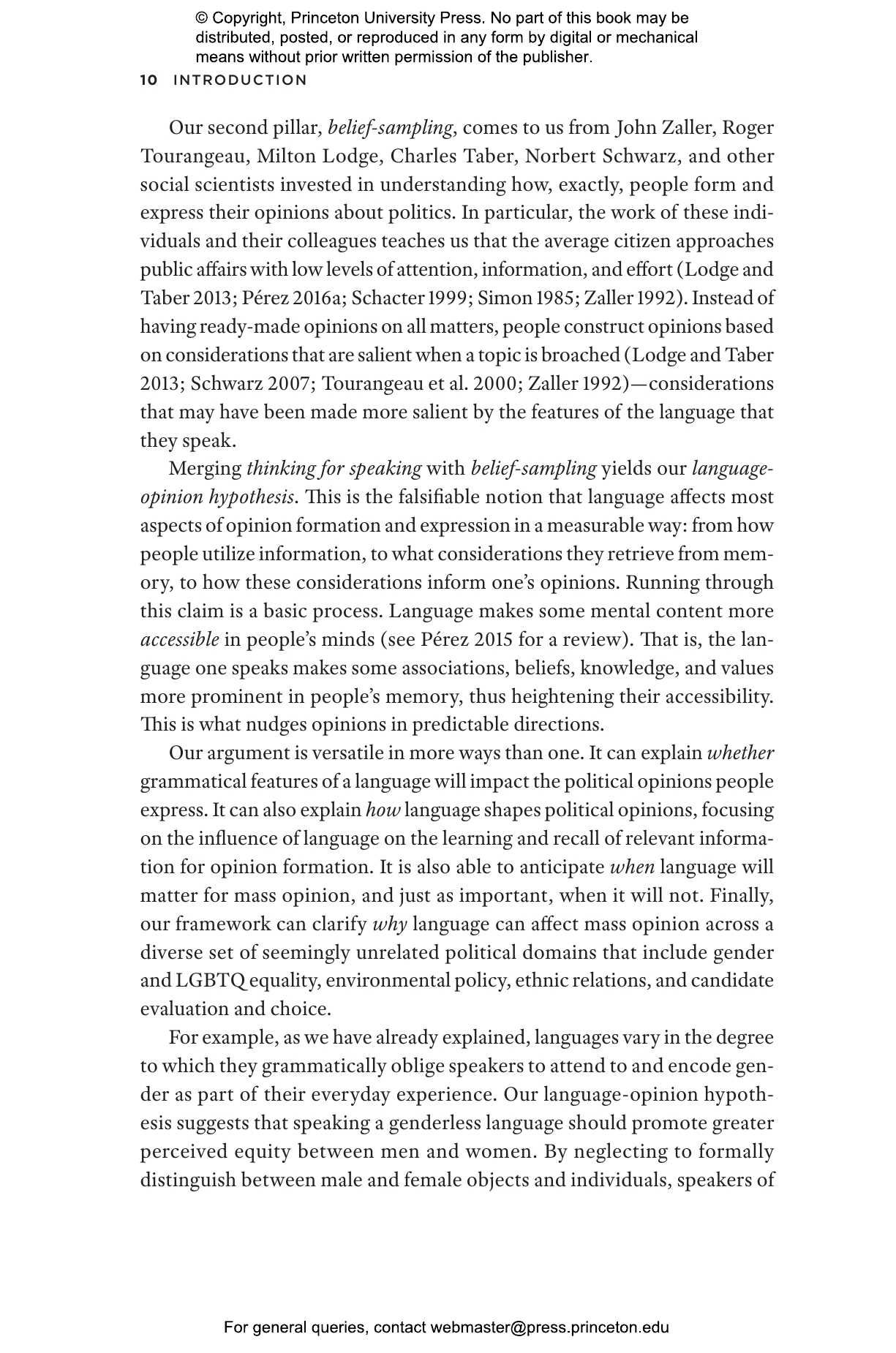 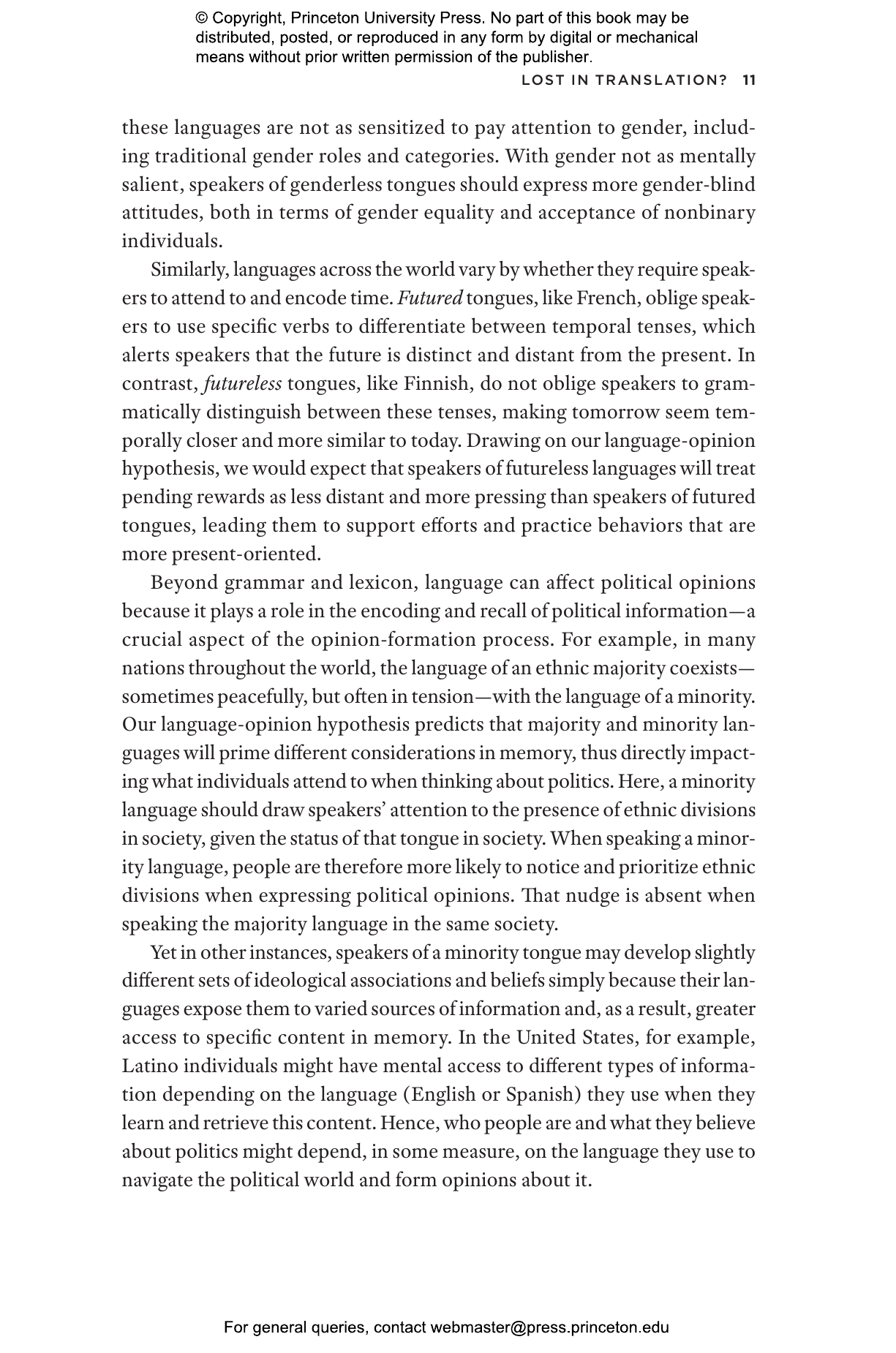 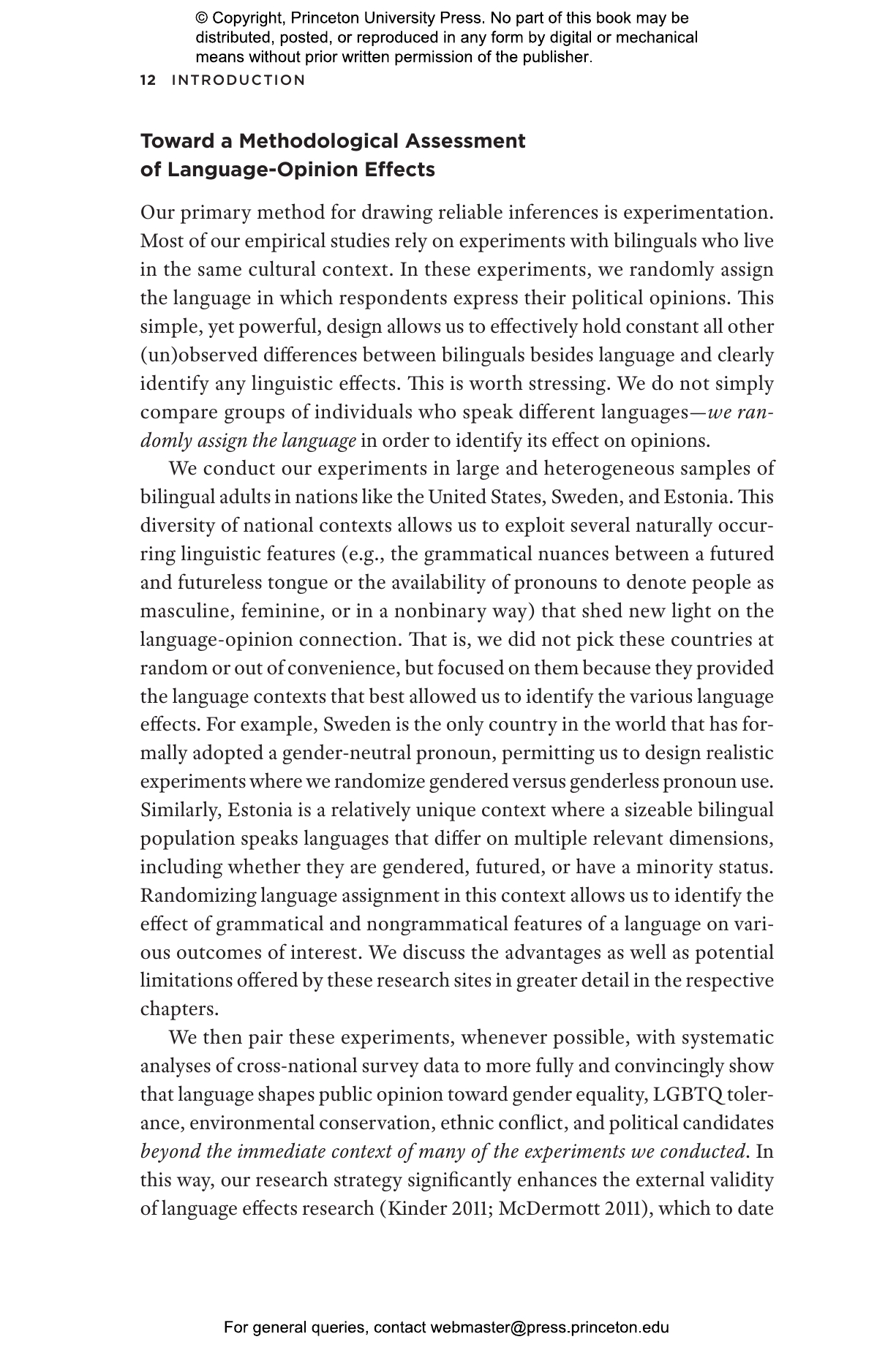 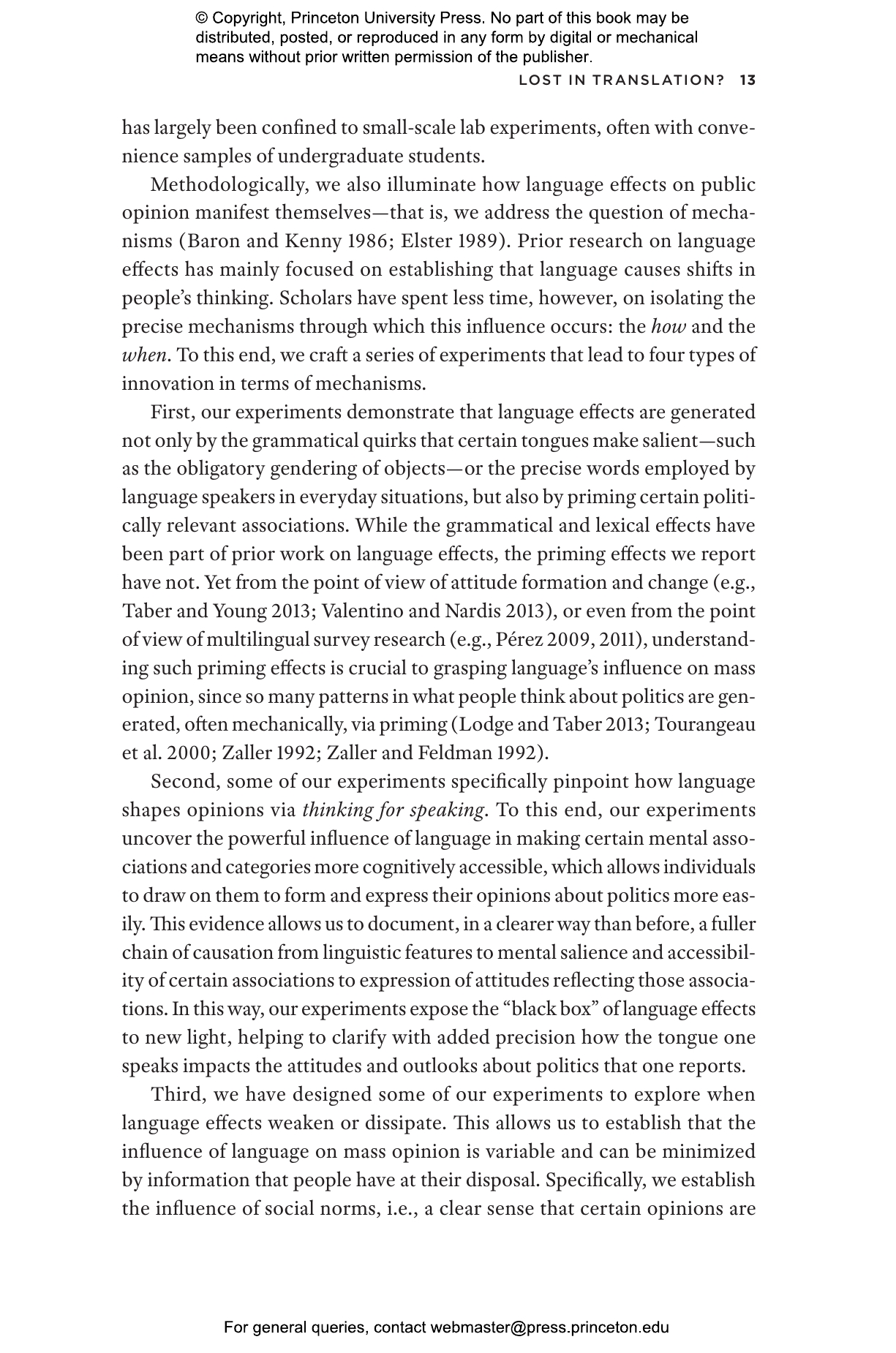 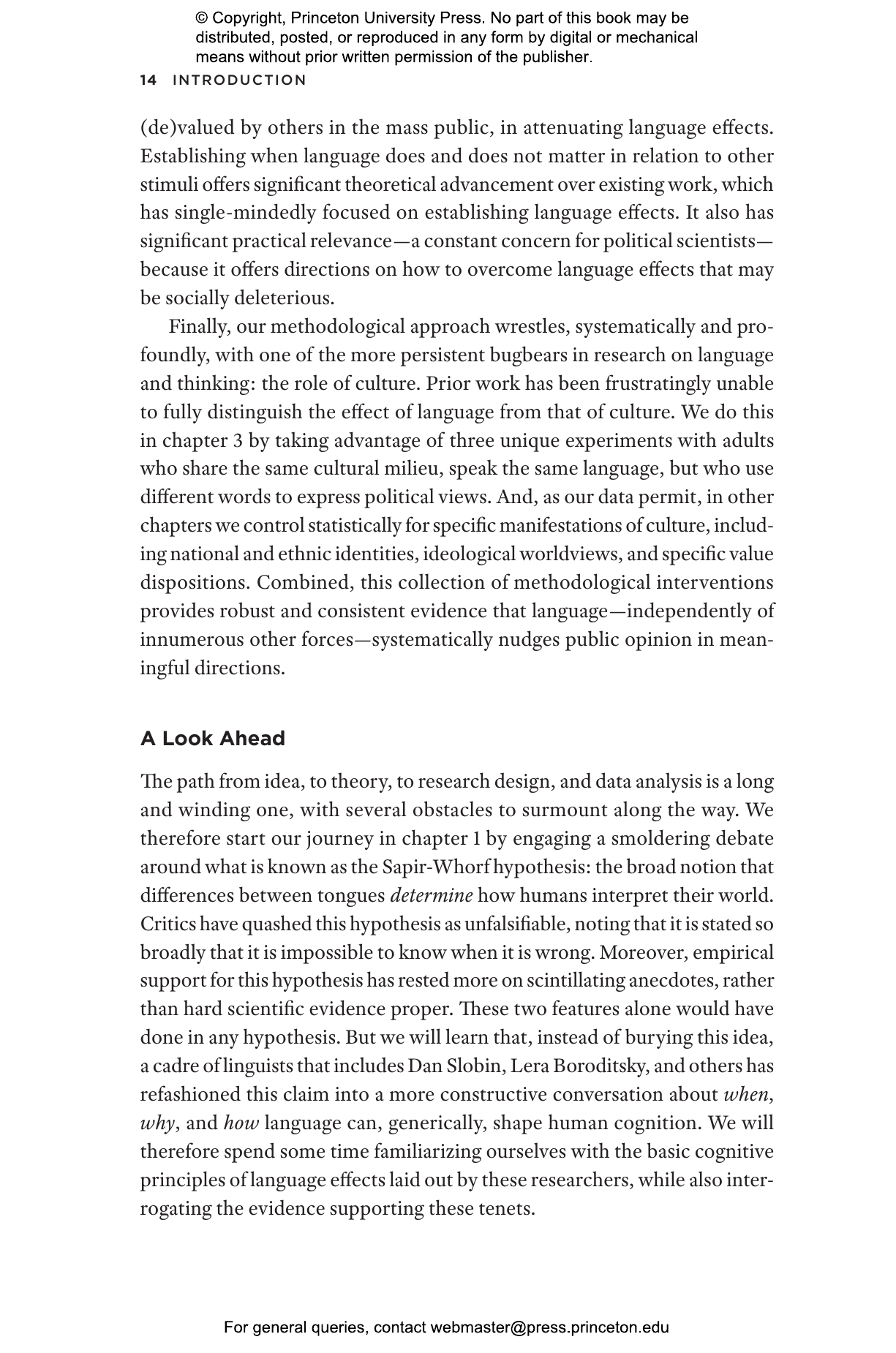 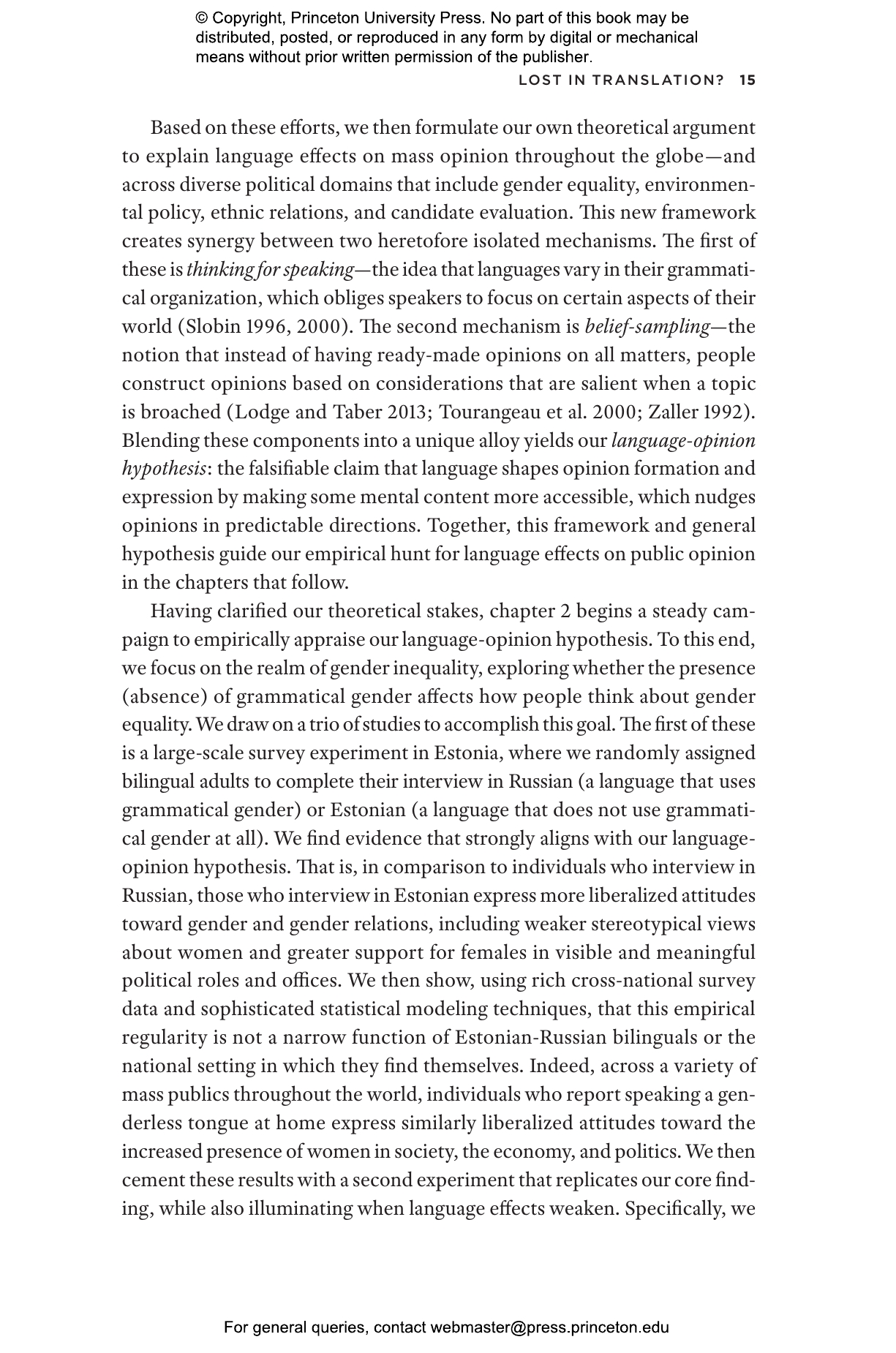 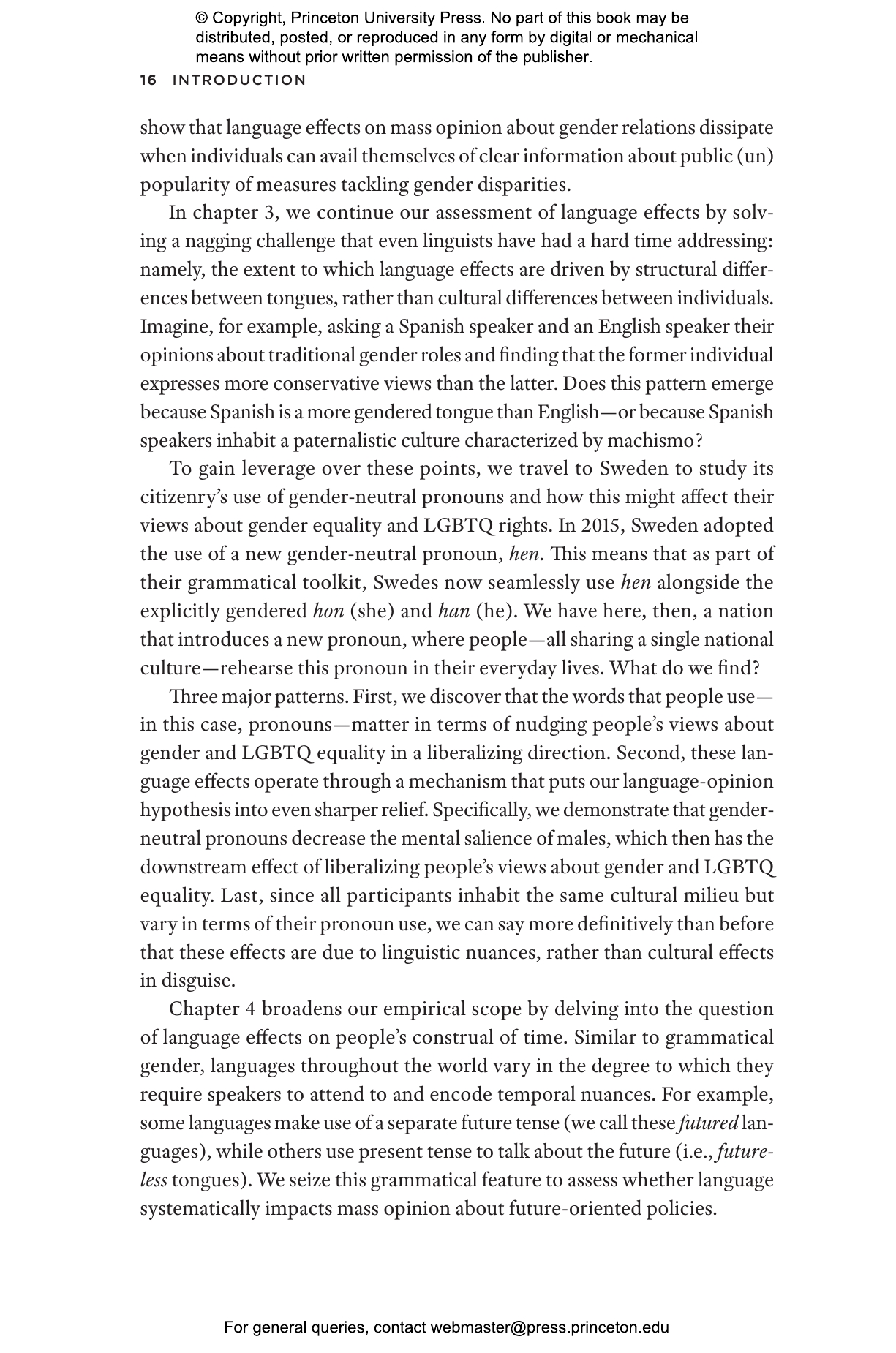 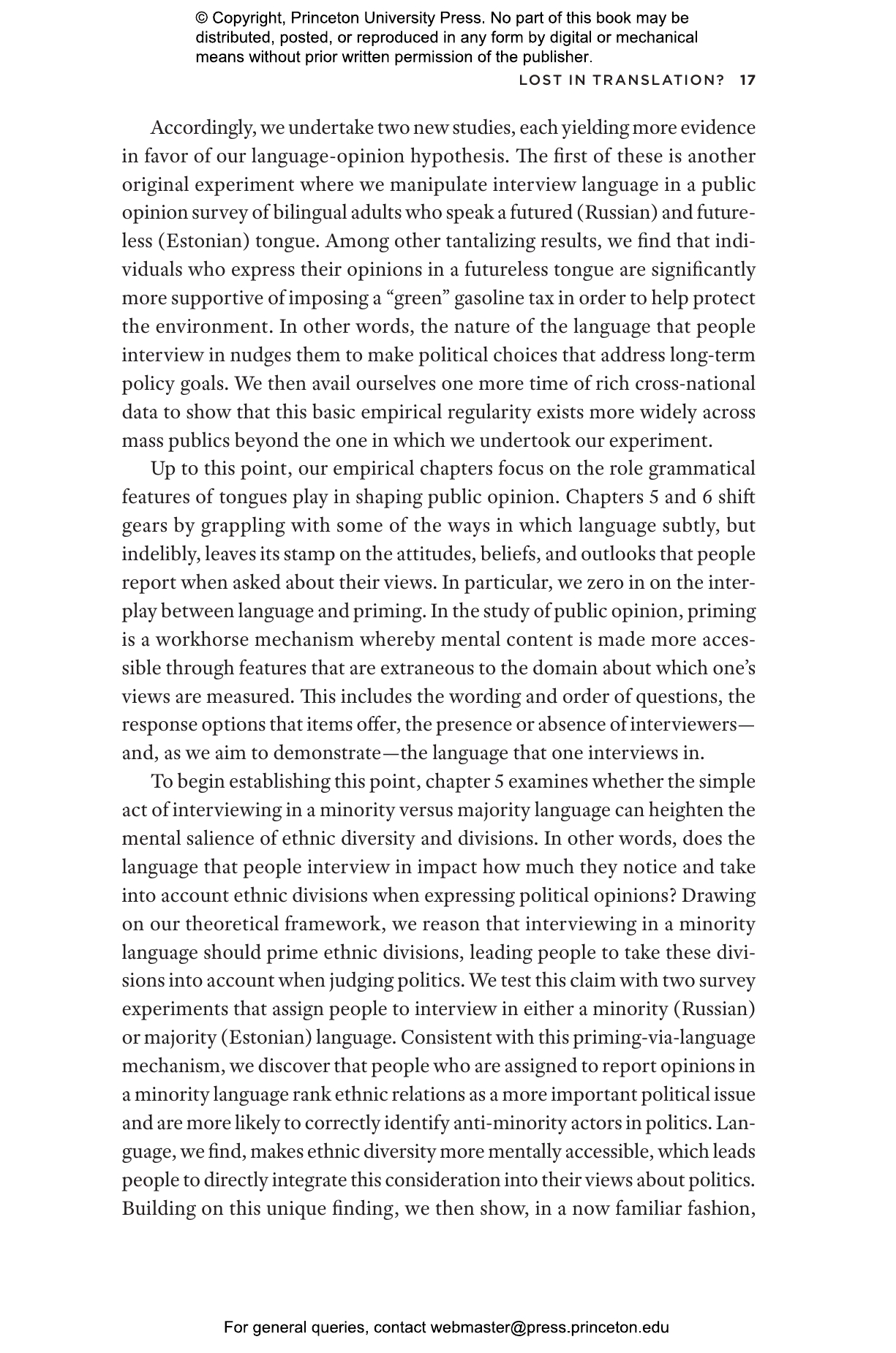 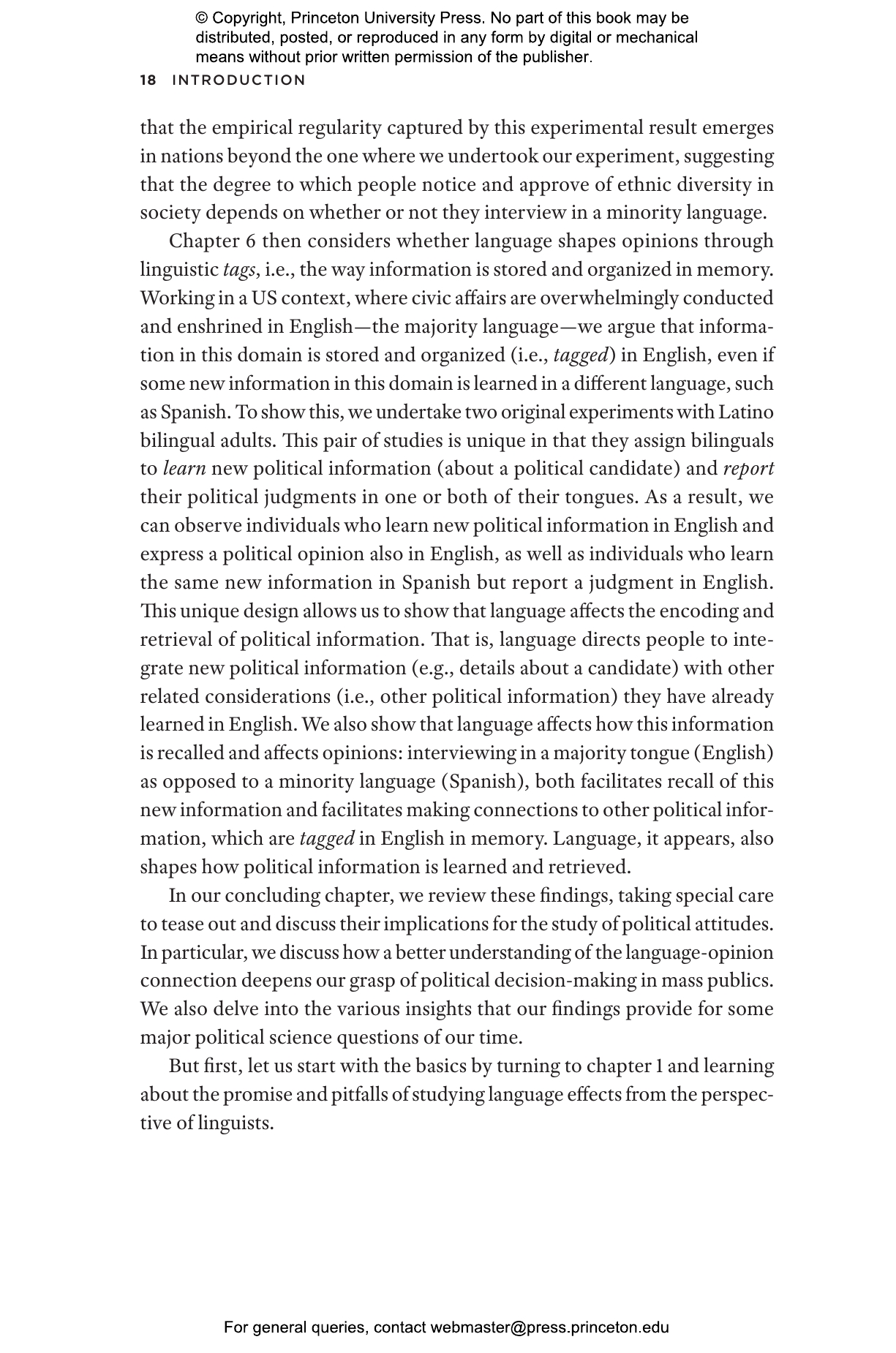 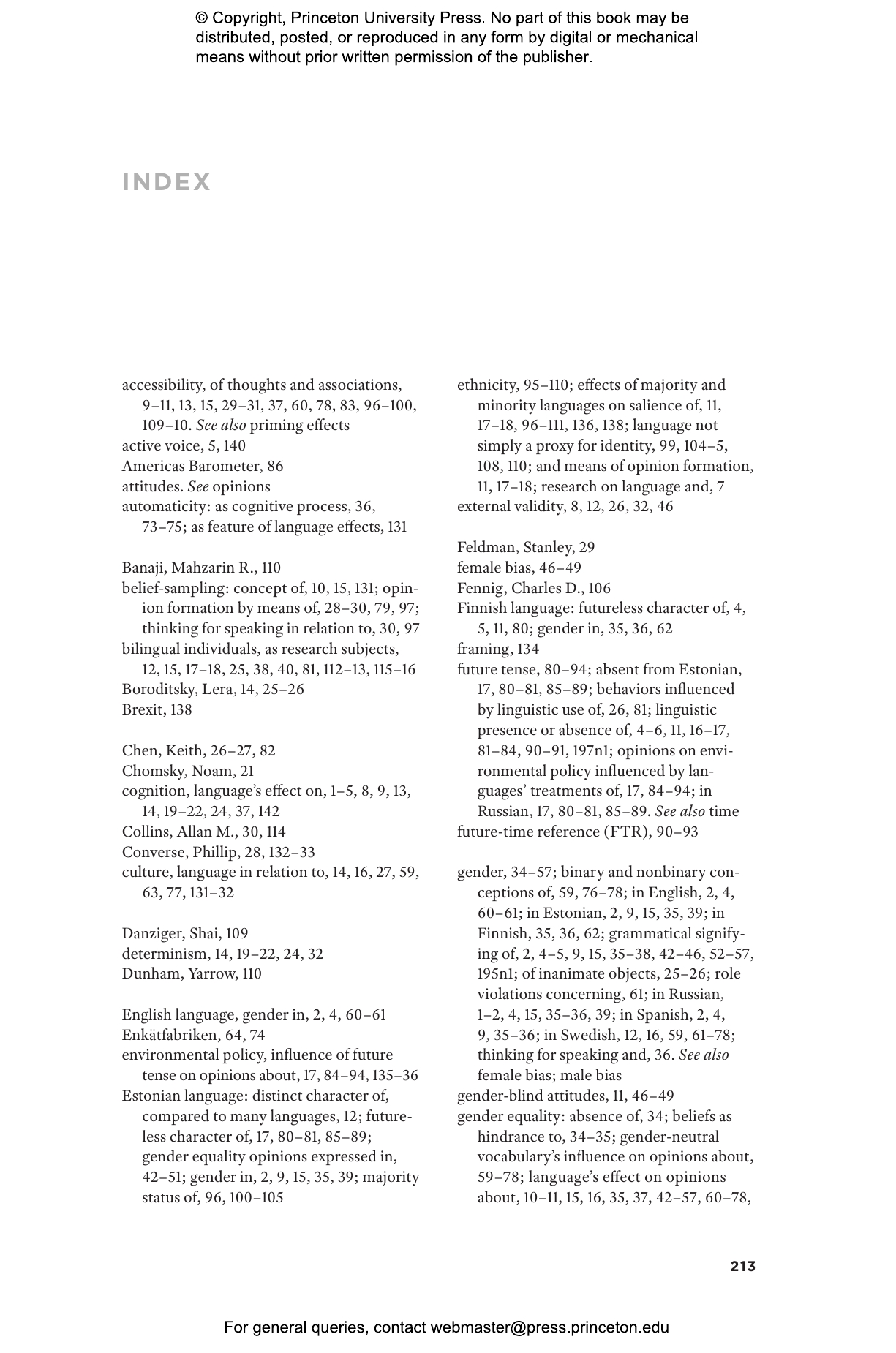 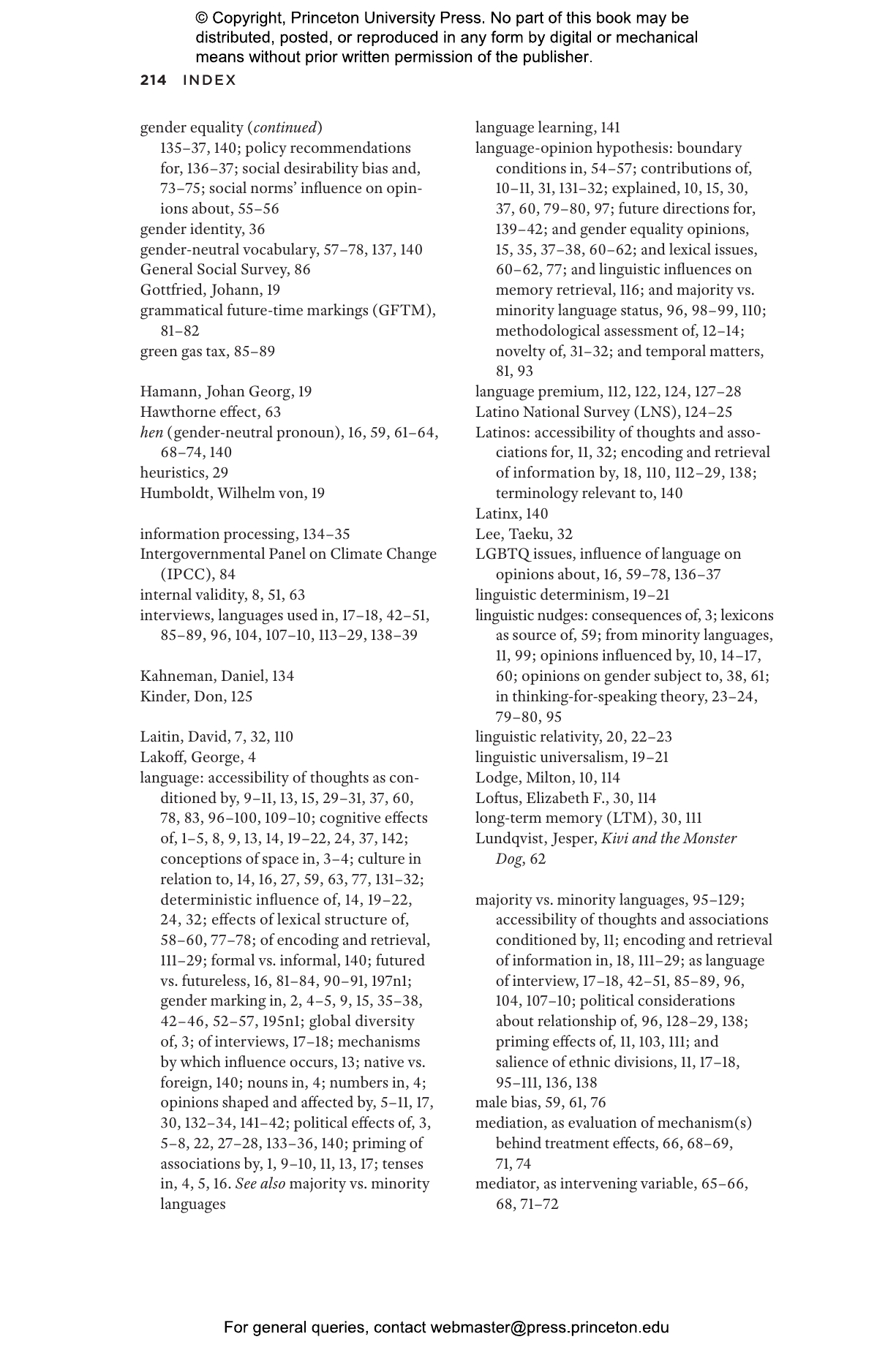 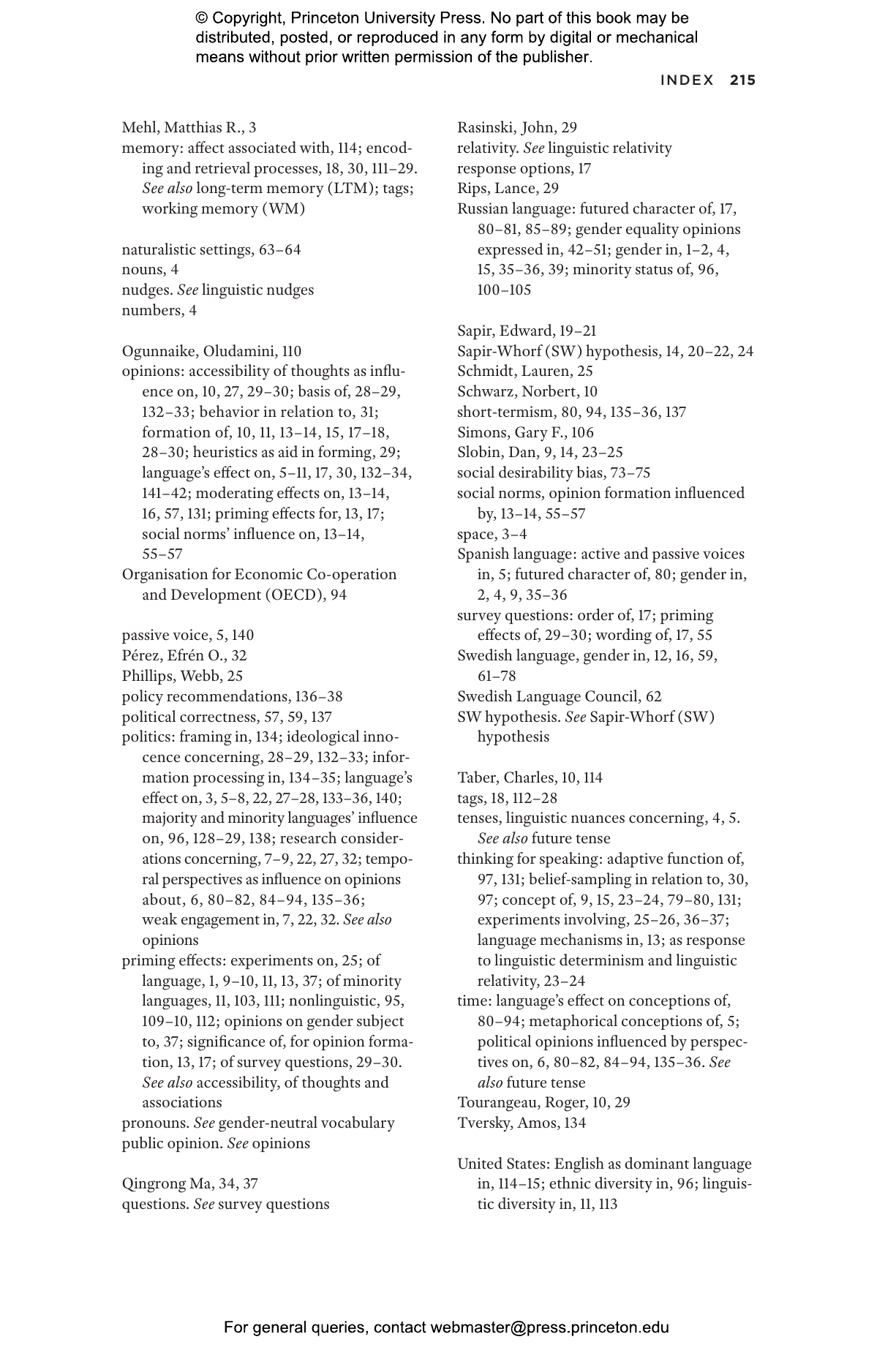 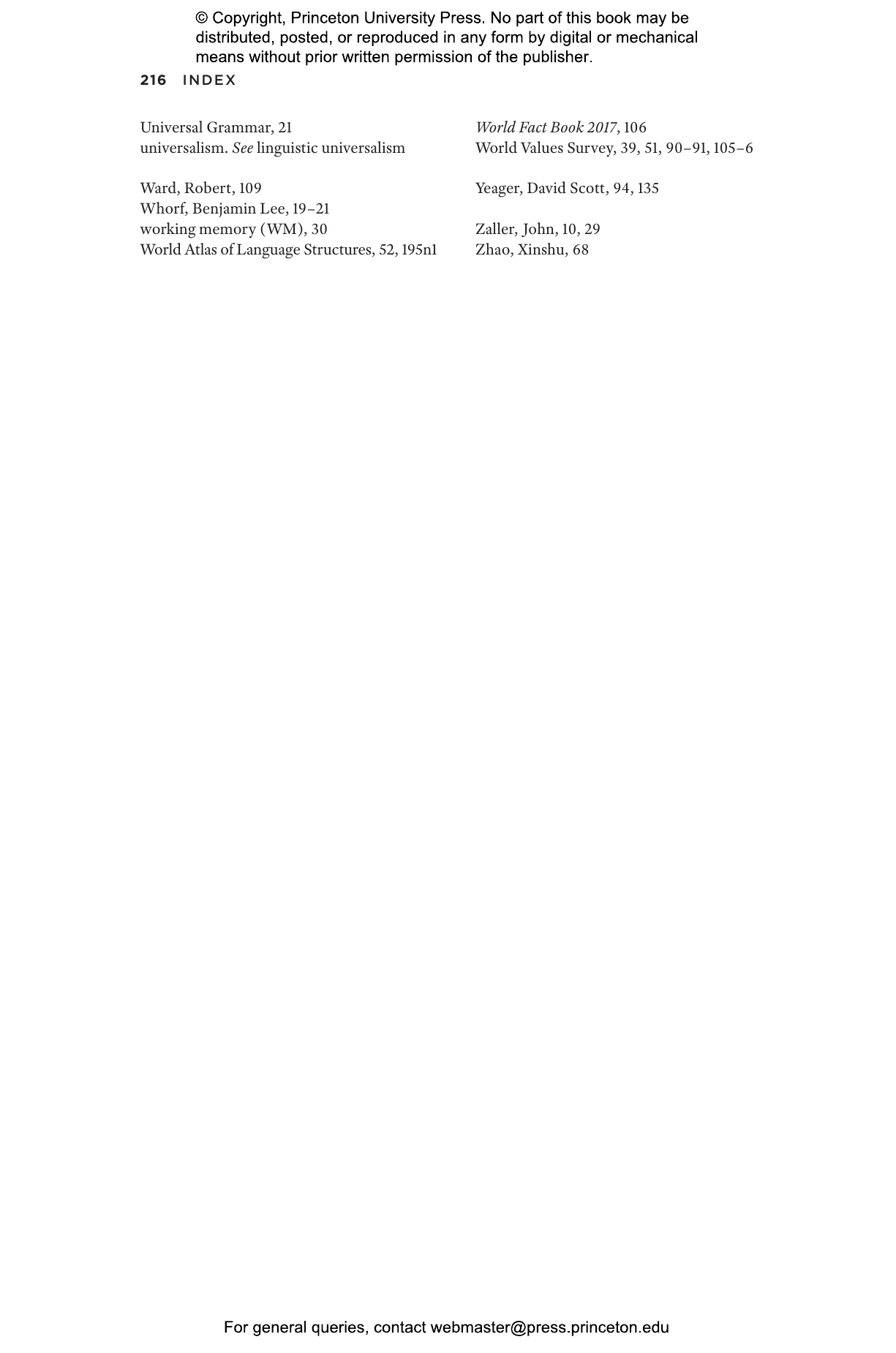 Why your political beliefs are influenced by the language you speak 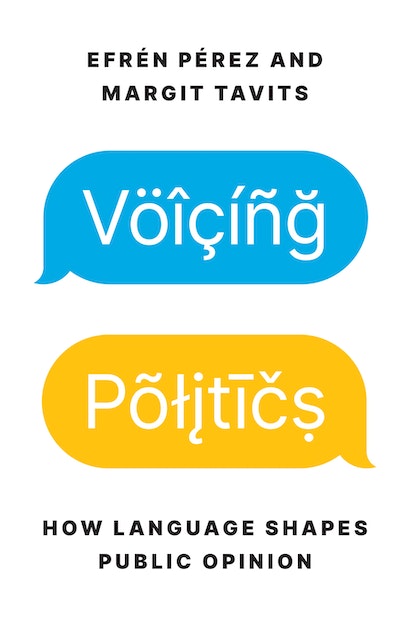 Voicing Politics brings together the latest findings from psychology and political science to reveal how the linguistic peculiarities of different languages can have meaningful consequences for political attitudes and beliefs around the world. Efrén Pérez and Margit Tavits demonstrate that different languages can make mental content more or less accessible and thereby shift political opinions and preferences in predictable directions. They rigorously test this hypothesis using carefully crafted experiments and rich cross-national survey data, showing how language shapes mass opinion in domains such as gender equality, LGBTQ rights, environmental conservation, ethnic relations, and candidate evaluations.

Voicing Politics traces how these patterns emerge in polities spanning the globe, shedding essential light on how simple linguistic quirks can affect our political views. This incisive book calls on scholars of political behavior to take linguistic nuances more seriously and charts new directions for researchers across diverse fields. It explains how a stronger grasp of linguistic effects on political cognition can help us better understand how people form political attitudes and why political outcomes vary across nations and regions.

Efrén Pérez is professor of political science and psychology at the University of California, Los Angeles. His books include Diversity’s Child: People of Color and the Politics of Identity. Margit Tavits is the William Taussig Professor in Arts and Sciences at Washington University in St. Louis. Her books include Post-Communist Democracies and Party Organization. 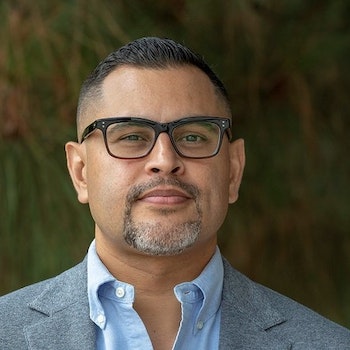 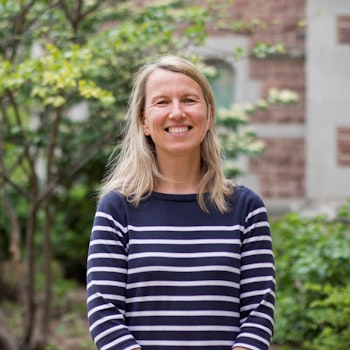 “Significant and engaging. I know of no other empirical work that effectively demonstrates how language can shape our political attitudes, or that so persuasively shows how the effects of language differ from those of culture.”—Ewa A. Golebiowska, author of The Many Faces of Tolerance

“An important contribution to the discipline. Voicing Politics bridges the insights of linguistics and public-opinion scholarship, highlighting the linkages between the language people speak and the political views they espouse.”—Cecilia Hyunjung Mo, University of California, Berkeley

“Pérez and Tavits provide a remarkable account of the influence of language on political attitudes. In this original and creative book, they put forth a compelling and insightful argument using different experimental approaches, showing how language facilitates the processing of information in ways that shape political preferences.”—Amaney A. Jamal, Princeton University

“Voicing Politics is exhilarating in its creativity and ambition, testing the provocative thesis that language is not just something humans invented to describe the world, but a fundamental cause of how they see the world in the first place. Now, for the first time, Pérez and Tavits provide concrete evidence that each language may uniquely shape the way its speakers think about politics. Surely a must-read for political psychologists of race and ethnicity.”—Nicholas Valentino, University of Michigan