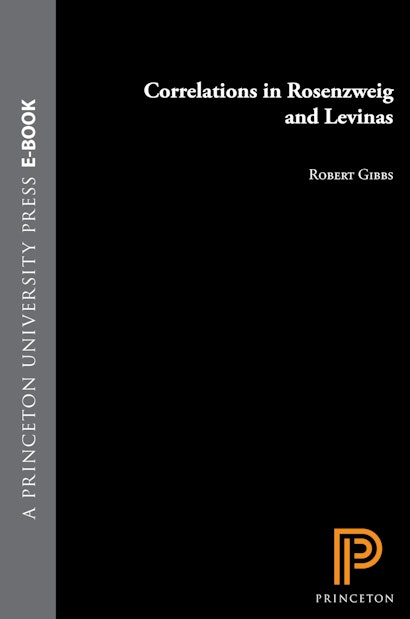 Robert Gibbs radically revises standard interpretations of the two key figures of modern Jewish philosophy — Franz Rosenzweig, author of the monumental Star of Redemption, and Emmanuel Levinas, a major voice in contemporary intellectual life, who has inspired such thinkers as Derrida, Lyotard, Irigaray, and Blanchot. Rosenzweig and Levinas thought in relation to different philosophical schools and wrote in disparate styles. Their personal relations to Judaism and Christianity were markedly dissimilar. To Gibbs, however, the two thinkers possess basic affinities with each other. The book offers important insights into how philosophy is continually being altered by its encounter with other traditions.

Robert Gibbs is Assistant Professor of Religion at Princeton University.

"Both as a study of its two major figures and as a contribution to the development of Jewish philosophy in a postmodern context, this is a stimulating and illuminating study."—Merold Westphal, International Philosophical Quarterly

"This ambitious work seeks to reclassify both Rosenzweig and Levinas ... through wide-ranging and rather novel use of the concept of `correlation,' meaning here not only correlation of themes in the writings of the two authors but also and more importantly correlation between the great enterprises of Judaism and philosophy; each of these has historically been enriched by the other and both continue to need such enrichment today."—Choice

"This book is about ... two of the most important Jewish philosophers of the twentieth century.... The result is provocative and thoughtful, showing serious scholarship and deep understanding."—Journal of Religion