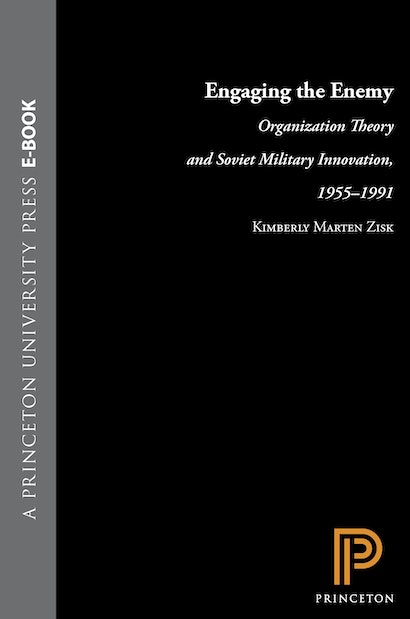 Did a “doctrine race” exist alongside the much-publicized arms competition between East and West? Using recent insights from organization theory, Kimberly Marten Zisk answers this question in the affirmative. Zisk challenges the standard portrayal of Soviet military officers as bureaucratic actors wedded to the status quo: she maintains that when they were confronted by a changing external security environment, they reacted by producing innovative doctrine. The author’s extensive evidence is drawn from newly declassified Soviet military journals, and from her interviews with retired high-ranking Soviet General Staff officers and highly placed Soviet-Russian civilian defense experts.

According to Zisk, the Cold War in Europe was powerfully influenced by the reactions of Soviet military officers and civilian defense experts to modifications in U.S. and NATO military doctrine. Zisk also asserts that, contrary to the expectations of many analysts, civilian intervention in military policy-making need not provoke pitched civil-military conflict. Under Gorbachev’s leadership, for instance, great efforts were made to ensure that “defensive defense” policies reflected military officers’ input and expertise. Engaging the Enemy makes an important contribution not only to the theory of military organizations and the history of Soviet military policy but also to current policy debates on East-West security issues.

Kimberly Marten Zisk is Assistant Professor of Political Science and Faculty Associate of the Mershon Center at the Ohio State University.