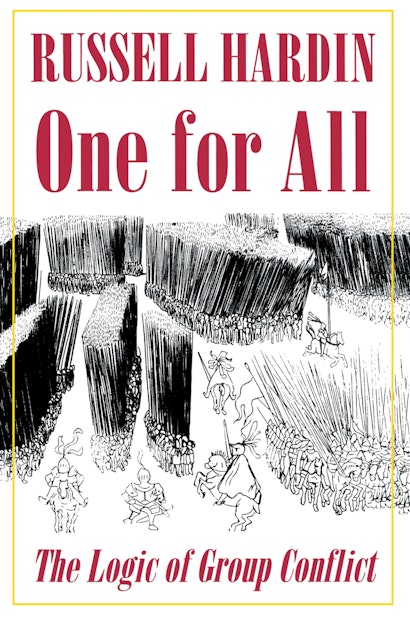 In a book that challenges the most widely held ideas of why individuals engage in collective conflict, Russell Hardin offers a timely, crucial explanation of group action in its most destructive forms. Contrary to those observers who attribute group violence to irrationality, primordial instinct, or complex psychology, Hardin uncovers a systematic exploitation of self-interest in the underpinnings of group identification and collective violence. Using examples from Mafia vendettas to ethnic violence in places such as Bosnia and Rwanda, he describes the social and economic circumstances that set this violence into motion. Hardin explains why hatred alone does not necessarily start wars but how leaders cultivate it to mobilize their people. He also reveals the thinking behind the preemptive strikes that contribute to much of the violence between groups, identifies the dangers of “particularist” communitarianism, and argues for government structures to prevent any ethnic or other group from having too much sway.


Exploring conflict between groups such as Serbs and Croats, Hutu and Tutsi, Northern Irish Catholics and Protestants, Hardin vividly illustrates the danger that arises when individual and group interests merge. In these examples, groups of people have been governed by movements that managed to reflect their members’ personal interests — mainly by striving for political and economic advances at the expense of other groups and by closing themselves off from society at large. The author concludes that we make a better and safer world if we design our social institutions to facilitate individual efforts to achieve personal goals than if we concentrate on the ethnic political makeup of our respective societies.

Russell Hardin, Professor of Politics at New York University, is the author of numerous works, including Morality within the Limits of Reason and Collective Action. He is a fellow of the American Academy of Arts and Sciences and the American Association for the Advancement of Science.

"[The book] is written with acute moral sensitivity by a utilitarian individualist who not only wishes to explain what is going on in the world, but also tries to score points against the political practice, as well as the philosophical theory, of communitarianism."—Claus Offe, American Journal of Sociology

"Hardin is invariably interesting in both his analyses and supporting materials. It is clear that a first-rate mind is at work here. . . . [The book] is innovative in developing the coordination game, reads well, and clearly will stimulate thinking on the future directions of game-theoretic analyses of norm development in social groups. . . . Essential reading."—Manus Midlarsky, Journal of Politics

"A probing theoretical analysis of the way in which individuals come to identify with a group, and of their motivations for acting on the group's behalf. . . . The writing is elegant and thoughtful. . . ."—Choice

"An important, provocative assault on communitarianism and multiculturalist political theory and practice. . . . Hardin undoubtedly displays considerable ingenuity in trying to bring rational order to the analysis of Serbs fighting Croats [among many examples]. . . . The range and sophistication of [Hardin's] applications of rational choice theory is breathtakingly adroit."—Bart Schultz, Canadian Philosophical Reviews

"This is a marvelous book written with passion yet analytic attention."—Keith Dowding, Political Science

"Russell Hardin develops a nice counterblast to those who think ethnic conflicts are somehow primordial and irrational. His is an excellent demonstration of what happens when rational choice runs wild in group conflict."—John Dryzek, University of Oregon