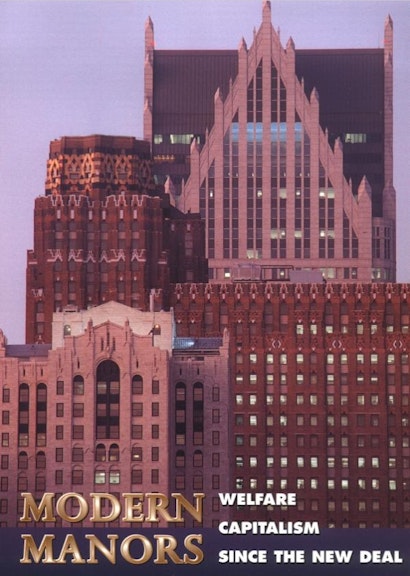 In light of recent trends of corporate downsizing and debates over corporate responsibility, Sanford Jacoby offers a timely, comprehensive history of twentieth-century welfare capitalism, that is, the history of nonunion corporations that looked after the economic security of employees. Building on three fascinating case studies of “modern manors” (Eastman Kodak, Sears, and TRW), Jacoby argues that welfare capitalism did not expire during the Depression, as traditionally thought. Rather it adapted to the challenges of the 1930s and became a powerful, though overlooked, factor in the history of the welfare state, the labor movement, and the corporation. “Fringe” benefits, new forms of employee participation, and sophisticated anti-union policies are just some of the outgrowths of welfare capitalism that provided a model for contemporary employers seeking to create productive nonunion workplaces.


Although employer paternalism has faltered in recent years, many Americans still look to corporations, rather than to unions or government, to meet their needs. Jacoby explains why there remains widespread support for the notion that corporations should be the keystone of economic security in American society and offers a perspective on recent business trends. Based on extensive research, Modern Manors greatly advances the study of corporate and union power in the twentieth century.

Sanford M. Jacoby is Professor of History, Management, and Public Policy at the University of California, Los Angeles. He is the author of Employing Bureaucracy: Managers, Unions, and the Transformation of Work in American Industry, and the editor of Masters to Managers: Historical and Comparative Perspectives on American Employers and Workers of Nations: Industrial Relations in a Global Economy. 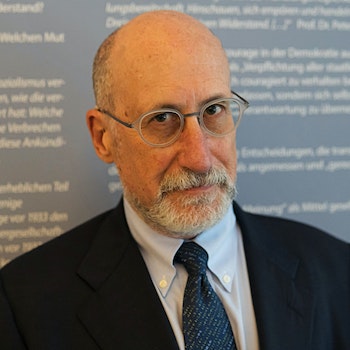 "Sanford Jacoby analyzes welfare capitalism in magisterial fashion in his book Modern Manors. . . . Jacoby concludes his book by suggesting that the success of firms like Microsoft and Wal-Mart give lie to the argument that paternalistic companies were effectively destroyed by the labor-friendly reforms of the New Deal. . . . Jacoby's analysis underscores the efforts . . . to bring work back into the perspective of social science and social criticism."—Alan Wolfe, The American Prospect

"A powerful and authoritative work that explores the hidden history of some of America's most celebrated companies. . . . [An] impressive book."—Nelson Lichtenstein, New York Times Book Review

"Jacoby's book is beautifully written, lovingly crafted, and thoroughly researched. It is exquisitely sensitive to the multiplicity of elements that play out in the relations between workers and their employers over time.... For its combination of novel arguments, nuanced insights, rigorous evidence, and a deep appreciation of the phenomenon being studied, this book should set the standard in our field."—Daphne Gottlieb Taras, Relations Industrielles / Industrial Relations

"This is an excellent book. Jacoby has written an authoritative analysis. .. . A product of meticulous research and sound judgement, this volume is essential reading for all students of American labour history."—Peter Fearon, Labour History Review

"The most thorough historical study of the role of welfare capitalism available. No other carries the study of these practices from when they first emerged and into their heyday—from the end of World War I into the 1930s—to today. Modern Manors is an engaging work that will become a standard reference in the field of human resource studies/industrial relations and will be cited widely by economic and business historians."—Thomas A. Kochan, Sloan School of Management, Massachusetts Institute of Technology