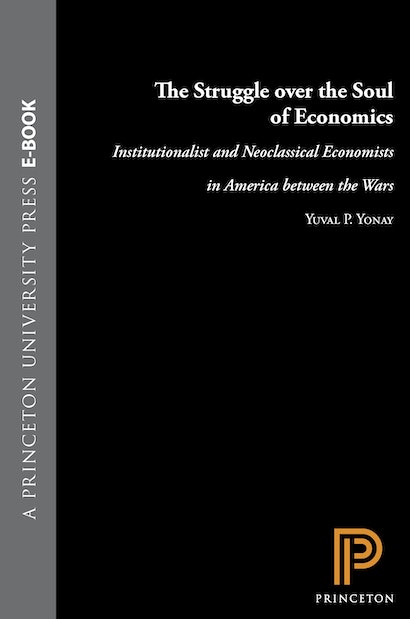 This book provides a surprising answer to two puzzling questions that relate to the very “soul” of the professional study of economics in the late twentieth century. How did the discipline of economics come to be dominated by an approach that is heavily dependent on mathematically derived models? And what happened to other approaches to the discipline that were considered to be scientifically viable less than fifty years ago? Between the two world wars there were two well-accepted schools of thought in economics: the “neoclassical,” which emerged in the last third of the nineteenth century, and the “institutionalist,” which started with the works of Veblen and Commons at the end of the same century. Although the contributions of the institutionalists are nearly forgotten now, Yuval Yonay shows that their legacy lingers in the study and practice of economics today. By reconsidering their impact and by analyzing the conflicts that arose between neoclassicists and institutionalists, Yonay brings to life a hidden chapter in the history of economics.

The author is a sociologist of science who brings a unique perspective to economic history. By utilizing the actor-network approach of Bruno Latour and Michel Callon, he arrives at a deeper understanding of the nature of the changes that took place in the practice of economics. His analysis also illuminates a broader set of issues concerning the nature of scientific practice and the forces behind changes in scientific knowledge.

Yuval P. Yonay is Assistant Professor of Sociology at the University of Haifa. His work on this book was furthered by his residency at the Institute for Advanced Study in Princeton.