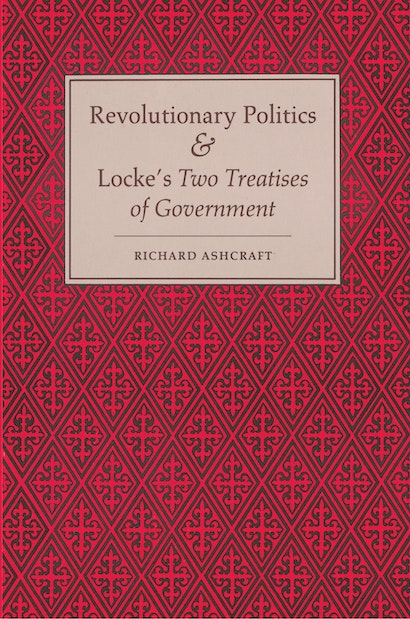 Richard Ashcraft offers a new interpretation of the political thought of John Locke by viewing his ideas, especially those in the Two Treatises of Government, in the context of his political activity. Linking the implications of Locke’s political theory with his practical politics, Professor Ashcraft focuses on Locke’s involvement with the radical Whigs, who challenged the established order in England from the 1670s to the 1690s. An equally important aim of the author is to provide a case study of a revolutionary movement that includes a discussion of its organization, ideology, socio-economic composition, and political activities.

Based upon a detailed examination of manuscripts, diaries, correspondence, and newspapers, Professor Ashcraft presents a wealth of new historical evidence on the political life of Restoration England. This study represents an example of an approach to political theory that stresses the importance of authorial intentions and of the political, social, and economic influences that structure a particular political debate.

"This is one of the most significant contributions to Locke studies in the twentieth century. It is unparalleled in its reconstruction of the intellectual and practical context of Locke's political thought and in its meticulous interpretation of his texts in the light of the political struggles in which he was engaged. The reconstruction of Locke's role in the political struggles from 1670 to 1690, and of the struggles and debates themselves, will become the standard text in Locke studies. In addition, the book is a major practical contribution to the debate in the philosophy of the social sciences over the relation of knowledge and practice."—James H. Tully, .McGill University