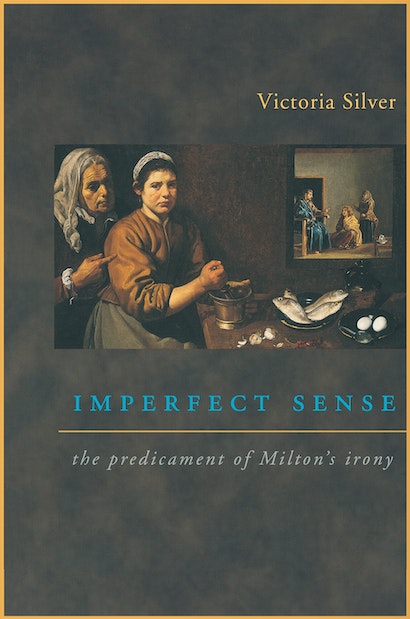 Why do we hate Milton’s God? Victoria Silver reengages with a perennial problem in Milton studies, one whose genealogy dates back at least to the Romantics, but which finds its most cogent modern expression in William Empson’s revulsion at Milton’s God and Stanley Fish’s defense.

Thoroughly reexamining Milton’s theology and its sources in Luther and Calvin, as well as theoretical parallels in the works of Wittgenstein, Cavell, Adorno, and Benjamin, Silver contends that this repugnance is not extrinsic but deliberately cultivated in the theodicy of Paradise Lost. From the vantage of a world riven by injustice, deity can appear to contradict its own revelation, with the result that we experience a God divided against himself. For as Job found in his sufferings, that God appears more ruse than redeemer. Milton’s irony recreates this religious predicament in Paradise Lost to the intractable perplexity of his readers, who have in their turn fashioned an equally dissociated Milton — at once unconscious and calculating, heterodox and doctrinaire, heroic and intolerable.

Silver argues that, ultimately, these contrary Gods and antithetical Miltons arise from the sense we want to give the speaker’s justification, which rather than ratifying our assumptions of meaning and the incoherence they foster, seeks fundamentally to reform them and thus to justify God’s ways.

Victoria Silver is Associate Professor of English Literature at the University of California, Irvine.

"A masterful rethinking of Milton's work, this book is sure to become a standard text for all dedicated students of religious poetry . . . As a sensitive exploration of the unknowable deity of God and its ramifications for human faith, Silver's book should be of interest to anyone concerned with Milton specifically or Christian thought more generally."—Heather Shillinglaw, Religious Studies Quarterly

"This is a deeply intelligent and philosophically sophisticated meditation on the crucial issues in Milton's poetry and their relationship to the crucial issues of Western thought. I was struck by its power and radical intelligence. The book will have an immediate and significant impact."—Stanley Fish, University of Illinois at Chicago

"This is a truly wonderful book. It will establish Silver as a leading Miltonist. She writes with extraordinary grace and power, and has a remarkable stylistic gift. The turn of her sentences and the shape of her paragraphs have a kind of Mozartian musicality that has charmed me and will charm other readers. The subject of her book is a disturbing and to some degree iconoclastic one. This is a big book in every way, and gives us a new Milton."—J. Hillis Miller, University of California, Irvine

"Victoria Silver's book has an inclusiveness that I find comparable to Milton's own. With a clarity that is uncanny given the range of materials she brings into play and keeps there, she holds Milton's enterprise in front of her reader by appealing continuingly to an array of coordinates. As she applies to Milton's interests her readings of works by a much larger cast, she is invariably provocative and to the point. Her book unfolds seamlessly whatever writer it is she is addressing. Silver is someone who knows how to write a completely engaging book about everything under the sun. As each of the best books is, hers is one of a kind."—James McMichael, author of The World at Large, New and Selected Poems, 1971-1996

"Silver's book is a seminal study that significantly revises our understanding of the topics that it pursues, each topic having been and continuing to be a major focus of scholarly and critical commentary on Milton. It is also a study in the history of ideas. Expansive in its interpretation of Milton's irony, it achieves a synergy that more monocular studies lack."—Albert C. Labriola, Duquesne University