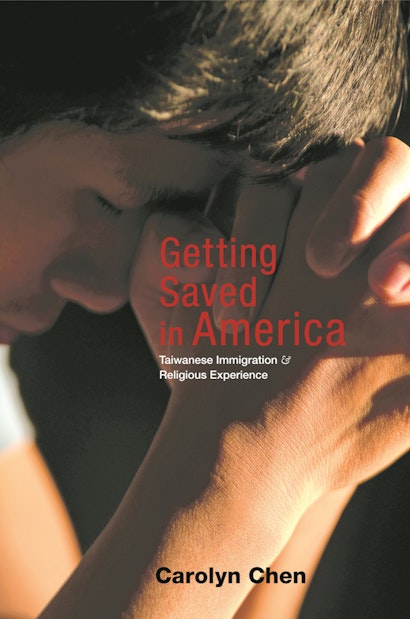 What does becoming American have to do with becoming religious? Many immigrants become more religious after coming to the United States. Taiwanese are no different. Like many Asian immigrants to the United States, Taiwanese frequently convert to Christianity after immigrating. But Americanization is more than simply a process of Christianization. Most Taiwanese American Buddhists also say they converted only after arriving in the United States even though Buddhism is a part of Taiwan’s dominant religion. By examining the experiences of Christian and Buddhist Taiwanese Americans, Getting Saved in America tells “a story of how people become religious by becoming American, and how people become American by becoming religious.”


Carolyn Chen argues that many Taiwanese immigrants deal with the challenges of becoming American by becoming religious. Based on in-depth interviews with Taiwanese American Christians and Buddhists, and extensive ethnographic fieldwork at a Taiwanese Buddhist temple and a Taiwanese Christian church in Southern California, Getting Saved in America is the first book to compare how two religions influence the experiences of one immigrant group. By showing how religion transforms many immigrants into Americans, it sheds new light on the question of how immigrants become American. 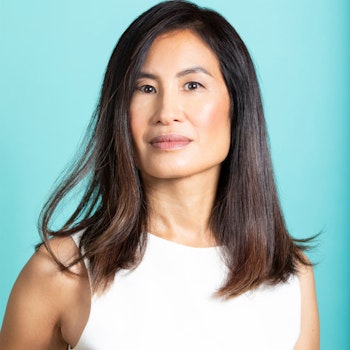 "This book thus offers interesting points of view on the construction of identity and constitutes a good reference for understanding the family and religious traditions of the Taiwanese people: meaningful anecdotes, examples, and quotations, and a psychological approach."—Hayet Sellami, China Perspectives

"[R]eaders will certainly agree that Getting Saved in America is an engaging , insightful, and well-written book about immigrants and their religious conversion. . . . Getting Saved will be a standard text for contemporary studies of immigrants and religious conversion. It is a must-read and will no doubt be in the running for the best book lists of the year in the fields of immigration and religion."—Rebbeca Y. Kim, Journal for the Scientific Study of Religion

"Getting Saved in America: Taiwanese Immigration and Religious Experience will be an invaluable addition to the fields of sociology and religion, religion and immigration, Asian American studies and Ethnic Studies and illuminative for both students and scholars."—Sharon A. Suh, Journal of Politics and Religion

"Chen has . . . provided a valuable new resource for both researchers and teachers, one which well compliments other studies on immigrant religion by focusing on its transformative, not just preservative, aspects. Scholars of both religious studies and sociology will learn much from this work."—Jeff Wilson, Church History

"Clearly and engagingly written, this book pays close attention to the details of language and life through which meaning emerges, but it also stays in constant conversation with the larger theoretical and conceptual questions at the heart of sociological inquiry. I strongly recommend it."—Robert Wuthnow, Princeton University

"Based on thorough, sensitive ethnography, this book explores the role of religion in helping Taiwanese immigrants adapt to American society and develop a new, American identity. It is distinguished by an unusually good ethnography—an especially close attention to the fine-grained realities of everyday life—and by its attempt to wrestle with large, classical questions about the comparative sociology of religion."—Richard Madsen, University of California, San Diego

"Once I picked up this book I could not put it down. It is full of fascinating stories, lucid descriptions, eloquent arguments, and penetrating analyses. Getting Saved in America is a significant contribution to the study of immigrant religion and the sociological understanding of American religion."—Fenggang Yang, Purdue University