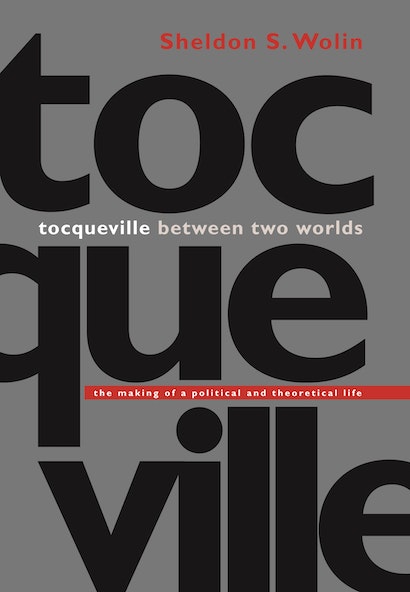 Alexis de Tocqueville may be the most influential political thinker in American history. He also led an unusually active and ambitious career in French politics. In this magisterial book, one of America’s most important contemporary theorists draws on decades of research and thought to present the first work that fully connects Tocqueville’s political and theoretical lives. In doing so, Sheldon Wolin presents sweeping new interpretations of Tocqueville’s major works and of his place in intellectual history. As he traces the origins and impact of Tocqueville’s ideas, Wolin also offers a profound commentary on the general trajectory of Western political life over the past two hundred years.


Wolin proceeds by examining Tocqueville’s key writings in light of his experiences in the troubled world of French politics. He portrays Democracy in America, for example, as a theory of discovery that emerged from Tocqueville’s contrasting experiences of America and of France’s constitutional monarchy. He shows us how Tocqueville used Recollections to reexamine his political commitments in light of the revolutions of 1848 and the threat of socialism. He portrays The Old Regime and the French Revolution as a work of theoretical history designed to throw light on the Bonapartist despotism he saw around him. Throughout, Wolin highlights the tensions between Tocqueville’s ideas and his activities as a politician, arguing that — despite his limited political success — Tocqueville was ”perhaps the last influential theorist who can be said to have truly cared about political life.”


In the course of the book, Wolin also shows that Tocqueville struggled with many of the forces that constrain politics today, including the relentless advance of capitalism, of science and technology, and of state bureaucracy. He concludes that Tocqueville’s insights and anxieties about the impotence of politics in a ”postaristocratic” era speak directly to the challenges of our own ”postdemocratic” age. A monumental new study of Tocqueville, this is also a rich and provocative work about the past, the present, and the future of democratic life in America and abroad.

Sheldon S. Wolin is Emeritus Professor of Politics, Princeton University. He also taught for many years at the University of California, Berkeley. His most famous book, Politics and Vision: Continuity and Innovation in Western Political Thought, influenced a generation of political theorists.

"[Wolin seeks to] demonstrate that what [Tocqueville] produced was a 'coherent theoretical and political project'—and one still relevant not just to American political debate, but to our understanding of democratic systems on both sides of the Atlantic.... Wolin here develops [this view] with enormous intellectual energy and flair through several hundred pages of a book which is clearly intended to be definitive."—Biancamaria Fontana, The Times Literary Supplement

"Sheldon Wolin's magisterial study of Tocqueville is the culmination of a remarkable body of work on the history of political thought, the harvest of four decades of engaged reflection.... An arresting critique of Tocqueville's theoretical trajectory, illuminated against the backdrop of his public career."—Gopal Balakrishnan, The New Left Review

"The strength of Mr. Wolin's monograph lies in his patient, close readings of Tocqueville's major woks. . . . Wolin sets Tocqueville in a wider intellectual context by relating his thought to the philosophy of Hobbes, Locke, Marx, Nieztsche, among others. . . . He is especially concerned to argue . . . that the participatory democracy Tocqueville celebrated has become, in our postmodern times, economic despotism, or that it threatens to do so."—Thomas Pavel, Wall Street Journal

"Wolin wants to make Tocqueville into a serious postmodern thinker. For Wolin, Tocqueville puts his finger on the central conflict in American life, which is between the forms of democracy and real politics."—Adam Gopnik, The New Yorker

"In striving to give us Tocqueville whole, and in doing so more than any one writer in English, Mr. Wolin puts us so far in his debt that any criticism seems . . . small souled."—Will Morrisey, The Washington Times

"[An] ambitious and very comprehensive study. . . . This book is an unusually penetrating and stimulating guide to Tocqueville the man and theorist as well as to modern political thought generally as it might be seen if considered from a Tocquevillian point of view. It is a major contribution."—Choice

"Wolin here develops [Toqueville's philosophy] with enormous intellectual energy and flair through several hundred pages of a book which is clearly intended to be definitive."—Biancamaria Fontana, Times Literary Supplement

"A masterful exploration of Alexis de Tocqueville's entire oeuvre . . . Whether the vestiges of the old world could be used to moderate the fearsome potential of the new one was the problem of Tocqueville's life. Wolin helps us understand this problem and those worlds with the sophistication and subtlety of a scholar steeped in the canon of western political thought."—Johnathan O'Neill, The Times Higher Education Supplement

"Sheldon Wolin here revisits the major themes of his influential writing. . . . The premise of this ambitious book is that one can gain a deeper sense of the challenges facing both modern and 'postmodern' politics by following Tocqueville's simultaneous attempts to create a political life and to reinvent political theory by straddling the various dichotomous worlds of Wolin's title."—Cheryl B. Welch, Political Studies

"One of the most interesting books in political theory published in the last few years. . . . Wolin's theoretical ambition mirrors Tocqueville's own goal of creating a new political science for a new epoch. . . . Like Tocqueville, he has the ambition to educate democratic regime in a society of individuals whose most powerful desire is to get rich and who are ready to abandon public affairs."—Aurelian Craiutu, Review of Politic

"Sheldon S. Wolin demonstrates how Toqueville's classic Democracy in America is also a study of aristocracy in America—a subsidiary but fascinating theme that here receives, for the first time, the loving attention it deserves."—Peregrine Worsthorne, New Statesman

"An important and provocative masterwork, one that deserves to achieve enduring status in the years ahead."—Aristide Tessitore, Journal of Politics

"Sheldon Wolin's Tocqueville between Two Worlds conveys a sweep of historical analysis that gives us deep insight not only into Tocqueville himself but also into the American character. The result is a work of supreme scholarship that sheds light on America's present and possible future as well as its past."—-Senator Bill Bradley

"In his new interpretation of Tocqueville, Sheldon Wolin speaks with a master's voice. For him, Tocqueville's theme is the revival of the political within democracy and against the tendencies of democracy. There is no grander topic for us today, and Wolin's treatment is penetrating, thorough, and authoritative. This is a major work of political theory."—Harvey Mansfield, Harvard University

"Sheldon Wolin is perhaps the most compelling American political theorist writing in the last half of the twentieth century. Here is a new book to launch the twenty-first, one that shows us how pertinent Tocqueville remains for democrats today and why Wolin continues to inspire so many political theorists."—William E. Connolly, author of Why I Am Not a Secularist

"Sheldon Wolin has given us a study of Tocqueville worthy of its subject, the greatest interpreter of American democracy. More than a masterful account of Tocqueville's life and thought, Wolin's book is likely to be an enduring work of political theory in its own right. Drawing on Tocqueville's concern with the fate of the political, Wolin offers sobering insights into the democratic prospect in our time."—Michael Sandel, Harvard University, author of Democracy's Discontent

"This is a magisterial study, a major interpretation of Tocqueville as a political theorist. Wolin has not simply restored Tocqueville to a forgotten place of honor in the canon of political theory. He has created a new place for him, showing how deep and extensive the range of Tocqueville's considerations of democracy have been, paralleling the path of modernity itself."—Thomas Dumm, Amherst College