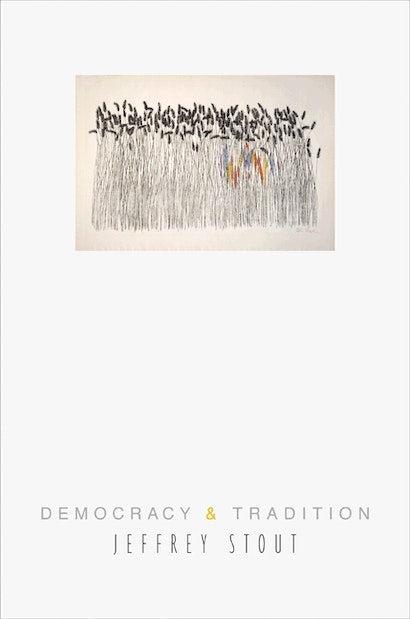 Do religious arguments have a public role in the post-9/11 world? Can we hold democracy together despite fractures over moral issues? Are there moral limits on the struggle against terror? Asking how the citizens of modern democracy can reason with one another, this book carves out a controversial position between those who view religious voices as an anathema to democracy and those who believe democratic society is a moral wasteland because such voices are not heard.


Drawing inspiration from Whitman, Dewey, and Ellison, Jeffrey Stout sketches the proper role of religious discourse in a democracy. He discusses the fate of virtue, the legacy of racism, the moral issues implicated in the war on terrorism, and the objectivity of ethical norms. Against those who see no place for religious reasoning in the democratic arena, Stout champions a space for religious voices. But against increasingly vocal antiliberal thinkers, he argues that modern democracy can provide a moral vision and has made possible such moral achievements as civil rights precisely because it allows a multitude of claims to be heard.


Stout’s distinctive pragmatism reconfigures the disputed area where religious thought, political theory, and philosophy meet. Charting a path beyond the current impasse between secular liberalism and the new traditionalism, Democracy and Tradition asks whether we have the moral strength to continue as a democratic people as it invigorates us to retrieve our democratic virtues from very real threats to their practice.

Jeffrey Stout is Professor of Religion at Princeton University. He is the author of Ethics after Babel (Princeton) as well as essays and reviews in such journals as The Monist, New Literary History, and The Journal of Religion. He is a contributing editor of the Journal of Religious Ethics.

"[Stout's] vision of democracy is compelling, simultaneously inspiring and comforting. Stout speaks to us as citizens, asks us to read him as citizens, and encourages us to reflect on what sorts of citizens our theologies invite us to be."—Lauren F. Winner, Books & Culture

"Stout invites us into a vigorous local democracy in which kids play soccer and a diverse and dedicated group of neighbors team up to protect their community from the encroachment of a large, bureaucratic medical center. . . . Though Stout is fully aware that the social reality is often more bleak, he confronts injustice with a passion born out of his awareness that something much better is not only possible but already exists. If his underlying optimism about American democracy is right, it's hard to refuse his invitation to religious people to participate in it."—Robin W. Lovin, The Christian Century

"Stout's book offers many sophisticated and well-argued insights on liberal political philosophy, Christian theology, and the relations between them. It combines historical analysis with illuminating observations regarding current affairs. Its project—to reconcile democracy and religion—is both theoretically fascinating and politically urgent."—Yaacov Ben-Shemesh, Social Theory and Practice

"Stout anchors his argument on the question of what role religious premises should play in the reasoning citizens use when they make and defend political positions. His provocative answer is that citizens of a democracy have the right to freedom of thought and expression that includes whatever religious motivations they might have."—Choice

"[A] book that is important by any reckoning. . . . [It] will significantly advance discussion of liberalism and democracy. . . . At its strongest, Stout's case refreshes with its view of democracy-not simply a 'notion' but a robust tradition that none should abandon."—Craig R. Hovey, Theology Today

"Appearing at a time when religion and politics 'run perpetually into one another' with great visibility, violence, and import, [this book] should become this generation's seminal work of political philosophy."—Eugene McCarraher, Cresset

"A spirited defense of democratic values and practices in disheartening times. This volume not only offers a philosophical analysis but also an exemplary instance of democratic discourse. . . . This is a wonderful book."—Timothy A. Beach-Verhey, Political Theory

"Democracy and Tradition establishes Jeffrey Stout as a major interlocutor in contemporary political philosophy. . . . With this book, Stout offers an imposing theoretical alternative that reintegrates traditional religious and moral discourse into the very essence of democracy. It could not be more timely, particularly as Western liberal democracy is being exported by force of armed invasion to traditional religious societies that view it with understandable traditionalist suspicions."—Conrad G. Brunk, Philosophy in Review

"[This is a] clear, fair, engaging, and wise book."—Michael J. Kerlin, Theological Studies

"Beyond the impressive shape and scope of the arguments that Stout lays before his audience, perhaps the most enduring quality of his work is its ethos of good will and how this ethos permeates his conversation about democracy. Democracy and Tradition is a timely contribution to our understanding of the tradition of democracy and the practices that are needed to sustain it."—Todd C. Ream, Scottish Journal of Theology

"With a clarity that can only be gained through a charitable reading of those with whom he disagrees, Stout inaugurates a fresh conversation between advocates of democracy and those who hold substantive Christian convictions. In Democracy and Tradition, the Emersonian tradition is given new life, helping Americans envision what a vital politics contains."—Stanley Hauerwas, Duke Divinity School

"This is the most important work in political philosophy since Rawls published A Theory of Justice. Stout's account of the formation of democratic culture in America demonstrates that rights theory and virtue theory can and do cohere in a complex and rich tradition. With both eyes open, Stout displays both the serious challenges facing democracy in America (including the new religious traditionalists) and the resources for strengthening it (including feminist and African-American religious critics, as well as the American pragmatist tradition). This book should be taught alongside Rawls in law schools and Hauerwas in seminaries. It is also a substantial contribution to American studies, cultural studies, political theory, American history, and philosophical and religious ethics."—Charles Reynolds, University of Tennessee

"Jeffrey Stout has recast the debate about morality and tradition in our constitutional democracy. No more demonization, no more Manichean battles between 'militant secularists' and 'religious traditionalists.' Brilliantly original, historically sensitive, and analytically rigorous, Stout's writings are suffused with respect for the intelligence and goodwill of his fellow citizens, believers and nonbelievers alike."—M. Cathleen Kaveny, John P. Murphy Foundation Professor of Law and Professor of Theology, University of Notre Dame

"Stout has done more than any other writer to bring to our attention the problems facing democracy due to our inability to talk things over with religious believers. His book is an original, engaging, and very important contribution to the discussion of these problems. People in a wide variety of fields will need to pay attention to it."—J. B. Schneewind, The Johns Hopkins University

"Stout rejects the claim that liberal democracy is a moral wasteland, with no substantive idea of the good and only minimal resources for maintaining a shaky social order. He shows that democracy's moral achievements have been brought about by the uniquely democratic commitment to allowing all members of the community an equal voice in demanding reasons for action and policy touching the whole. Democracy and Tradition will give rise to a new set of questions about the place of religion in American politics and the way in which political philosophy is written."—G. Scott Davis, University of Richmond