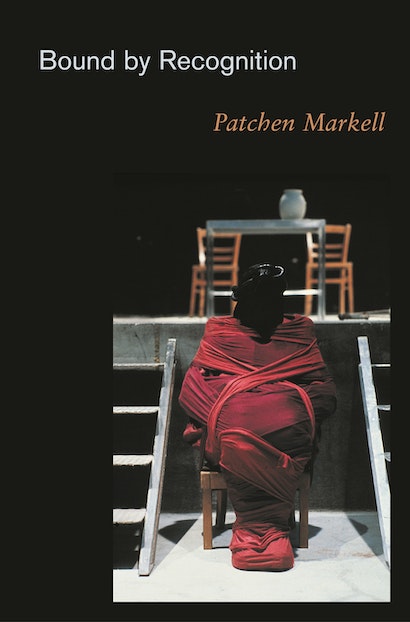 In an era of heightened concern about injustice in relations of identity and difference, political theorists often prescribe equal recognition as a remedy for the ills of subordination. Drawing on the philosophy of Hegel, they envision a system of reciprocal knowledge and esteem, in which the affirming glance of others lets everyone be who they really are. This book challenges the equation of recognition with justice. Patchen Markell mines neglected strands of the concept’s genealogy and reconstructs an unorthodox interpretation of Hegel, who, in the unexpected company of Sophocles, Aristotle, Arendt, and others, reveals why recognition’s promised satisfactions are bound to disappoint, and even to stifle.


Written with exceptional clarity, the book develops an alternative account of the nature and sources of identity-based injustice in which the pursuit of recognition is part of the problem rather than the solution. And it articulates an alternative conception of justice rooted not in the recognition of identity of the other but in the acknowledgment of our own finitude in the face of a future thick with surprise. Moving deftly among contemporary political philosophers (including Taylor and Kymlicka), the close interpretation of ancient and modern texts (Hegel’s Phenomenology, Aristotle’s Poetics, and more), and the exploration of rich case studies drawn from literature (Antigone), history (Jewish emancipation in nineteenth-century Prussia), and modern politics (official multiculturalism), Bound by Recognition is at once a sustained treatment of the problem of recognition and a sequence of virtuoso studies.

Patchen Markell is Assistant Professor of Political Science at the University of Chicago.

"[Markell's] arguments are closely reasoned, provocative, and supported by clever, frequent reference to the theoretical literature and to historical and contemporary cases. The language is clear but technical, and though relatively jargon-free, requires that the reader actually think rather than simply 'read.'"—Choice

"Patchen Markell calls us to be wary of the politics of recognition. . . . Bound by Recognition transcends its object of critique. Markell's account of the persistence of the aspiration to sovereignty and its rage against the unscripted and undetermined quality of human relations tells of the way our search for justice is sometimes an effort to relieve us of the burden of our freedom."—Shalini Satkunanandan, Law, Culture and the Humanities

"This is a remarkably sophisticated, learned, and elegant piece of work, and an important contribution to debates about political identity, the role and shape of 'recognition,' and citizenship. The arguments are ingenious and masterfully pursued."—Dana Villa, author of Socratic Citizenship

"Bound by Recognition is an important and original contribution to the literature on struggles over recognition. Markell's thesis is that these struggles should not be oriented towards the definitive mutual recognition of the contending partners, for this ideal is unobtainable and dangerous in practice. Rather, they should be seen as human, all too human intersubjective activities of imperfect acknowledgement in conditions of finitude, plurality, and the contingency of identities. This Arendtian thesis is grounded in brilliant and provocative interpretations of Sophocles, Aristotle, Hegel, Marx, Taylor, and Kymlicka."—James Tully, University of Toronto, author of Strange Multiplicity