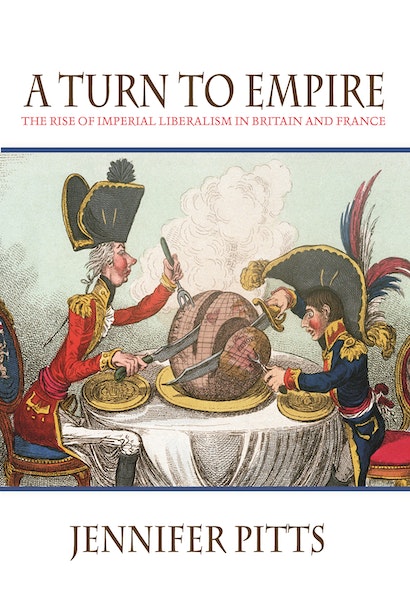 A dramatic shift in British and French ideas about empire unfolded in the sixty years straddling the turn of the nineteenth century. As Jennifer Pitts shows in A Turn to Empire, Adam Smith, Edmund Burke, and Jeremy Bentham were among many at the start of this period to criticize European empires as unjust as well as politically and economically disastrous for the conquering nations. By the mid-nineteenth century, however, the most prominent British and French liberal thinkers, including John Stuart Mill and Alexis de Tocqueville, vigorously supported the conquest of non-European peoples. Pitts explains that this reflected a rise in civilizational self-confidence, as theories of human progress became more triumphalist, less nuanced, and less tolerant of cultural difference. At the same time, imperial expansion abroad came to be seen as a political project that might assist the emergence of stable liberal democracies within Europe.


Pitts shows that liberal thinkers usually celebrated for respecting not only human equality and liberty but also pluralism supported an inegalitarian and decidedly nonhumanitarian international politics. Yet such moments represent not a necessary feature of liberal thought but a striking departure from views shared by precisely those late-eighteenth-century thinkers whom Mill and Tocqueville saw as their forebears.


Fluently written, A Turn to Empire offers a novel assessment of modern political thought and international justice, and an illuminating perspective on continuing debates over empire, intervention, and liberal political commitments.

Jennifer Pitts is Assistant Professor of Politics at Princeton University. She is the editor and translator of Alexis de Tocqueville: Writings on Empire and Slavery.

"Jennifer Pitts . . . [shows] that support for imperialism is not inherent to liberalism by demonstrating that prominent 18th- and early-19th-century liberals in Britain and France were deeply critical of imperialism. . .. The book is beautifully written, and the scholarship is outstanding."—Choice

"An impressive and even pathbreaking piece of work."—Theodore Koditschek, Journal of Modern History

"This book is a brilliantly successful attempt to account for the apparent transition from the fierce, bitter assault on the idea of empire by the writers of the second half of the eighteenth century...to the often self-congratulatory, high-minded endorsement of a new kind of imperial mission less than half a century later.... Pitt's finest pages...are on Tocqueville and the Algerian question."—Anthony Pagden, Perspectives on Politics

"This is an excellent book about late eighteenth-century and early nineteenth-century liberals and empire. Based on a wide range of material, which Pitts handles impressively, the book begins from a broad but workable definition of liberalism as involving a notion of individual rights and an attempt to widen social sympathies. Pitts deserves much credit for directing attention to liberalism's ability to negotiate difference in a context of empire and for her well-written, inspiring, and thorough analysis."—Casper Sylvest, Political Studies Review

"This [is a] thoughtful and engaging book."—John Cramsie, The Historian

"Jennifer Pitts . . . undermines the case for the reality of anti-imperialism by depicting the rise of 'imperial liberalism' as a major intellectual trend in both Britain and France between c. 1780 and 1850. She does so in a careful, acute and lucid account of the ideas on empire of Adam Smith, Burke, Bentham, the Mills, and de Tocqueville."—Anthony Howe, European History Quarterly

"Exhibiting depth of research, jargon-free prose, and intellectual acumen on every page, this book is a well-balanced, seamless whole that reveals the impact of empire on the genesis of modern liberalism. It is a work of first importance not only for political theorists but also for readers in philosophy, history, and literature."—David Armitage, Harvard University, author of The Ideological Origins of the British Empire

"This rich and provocative book examines a subject of great current interest in fields from political theory to international relations to European history. It deserves and should receive a broad audience. The scholarship is both careful and persuasive, and Pitts has an appealing authorial voice. The passion to understand what makes a theorist reject or support foreign conquest drives her narrative and holds the reader's attention as the analysis unfolds."—Cheryl Welch, Simmons College, author of Liberty and Utility