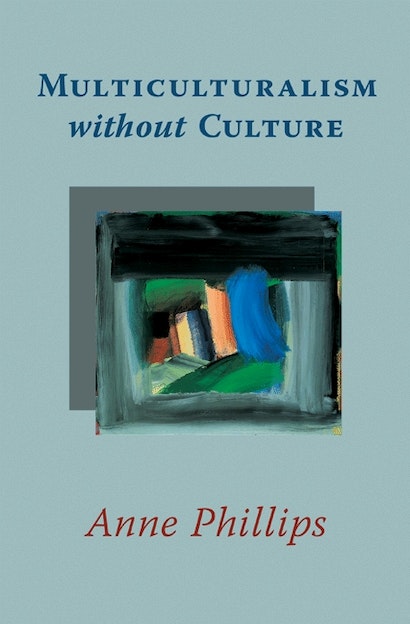 Public opinion in recent years has soured on multiculturalism, due in large part to fears of radical Islam. In Multiculturalism without Culture, Anne Phillips contends that critics misrepresent culture as the explanation of everything individuals from minority and non-Western groups do. She puts forward a defense of multiculturalism that dispenses with notions of culture, instead placing individuals themselves at its core.


Multiculturalism has been blamed for encouraging the oppression of women — forced marriages, female genital cutting, school girls wearing the hijab. Many critics opportunistically deploy gender equality to justify the retreat from multiculturalism, hijacking the equality agenda to perpetuate cultural stereotypes. Phillips informs her argument with the feminist insistence on recognizing women as agents, and defends her position using an unusually broad range of literature, including political theory, philosophy, feminist theory, law, and anthropology. She argues that critics and proponents alike exaggerate the unity, distinctness, and intractability of cultures, thereby encouraging a perception of men and women as dupes constrained by cultural dictates.


Opponents of multiculturalism may think the argument against accommodating cultural difference is over and won, but they are wrong. Phillips believes multiculturalism still has an important role to play in achieving greater social equality. In this book, she offers a new way of addressing dilemmas of justice and equality in multiethnic, multicultural societies, intervening at this critical moment when so many Western countries are poised to abandon multiculturalism.

Anne Phillips is Professor of Political and Gender Theory at the London School of Economics and Political Science. She is the author of The Politics of Presence andWhich Equalities Matter?

"In this illuminating and intelligently written book, Anne Phillips stresses the need to revise holistic and determinist notions of 'culture' that have played a role in perpetuating racial and gender stereotypes within multiethnic and multicultural societies....Drawing from an impressive breadth of literature, ranging from feminism, law, anthropology to philosophy and political theory, Phillips provides numerous case studies to highlight how women in particular, are disadvantaged by multicultural policies and cultural labeling....This is a superb and deeply relevant contribution to current debates and various fields of study."—Payal Patel, Feminist Review

"This important text raises two main issues. First, it asks advocates of multiculturalism to reject the reified concept of culture on which their arguments often rely, and to embrace instead 'multiculturalism without culture'...Second, the book demands recognition that everyone is a member of culture...it is frequently mistakenly assumed that only members of minority cultures are molded by their cultures."—P.T. Lenard, Choice

"Phillips' book is . . . a worthwhile read for scholars, students and policy makers alike: thanks to its lucid style, the thorough review of existing theories and approaches and especially due to the numerous examples, it provides an accessible and thought-provoking lecture."—Claudia Franziska Bruhwiler, Political Studies Review

"Phillips' work is invaluable to anyone wishing to engage with issues posed by cultural diversity yet frustrated with existing theoretical and discursive frameworks for doing so. Her careful analysis and use of varied examples provides much scope for thought and development and leaves one with the hope that there is a future for multiculturalism."—Sonya Fernandez, Feminist Legal Studies

"Multiculturalism without Culture is a provocative book: Phillips intends that neither multiculturalists nor cosmopolitans should have an easy ride. Both sets of theorists, however, will find things to agree with as well as to contest, making the book an intriguing challenge to prevailing normative approaches todiversity. As a further strength, Multiculturalism without Culture describes and discusses a wealth of difficult multicultural issues, often in the form of specific legal. . . . It therefore provides a good source for anyone wanting to know more about the current state of multicultural politics and law."—Clare Chambers, British Journal of Sociology

"[T]he volume is well worth the effort of thoughtfully considering the discussions offered. Individuals wanting to explore multicultural issues beyond cultural sensitivity will relish the in-depth analyses provided. Psychologists wanting to explore perspectives from other fields (law, sociology, anthropology) on the topic will appreciate finding the scholarly discussion in one place."—Mary Dugan, PsycCRITIQUES

"This is an impressive and timely book. . . . Phillips' treatment of this complex and important topic exemplifies the very best of feminist critical thinking."—Suzanne Dovi, Cambridge Journals

"Much of the debate about the politics of diversity both within and between nations starts with an exaggerated view of the extent of cultural difference. In this sane and intelligent book, Anne Phillips offers a more realistic—and a more helpful—picture of the scale and significance of our disagreements."—Kwame Anthony Appiah, Princeton University

"Anne Phillips shows how to forge a much-needed politics that combines the goal of gender equality with that of multicultural equality. She does this by avoiding a conception of culture that is static and monolithic. Phillips assumes crucially that minority cultural values are contextually variable and that minority group members are free moral agents, not cultural puppets. Her approach will elevate the dialogue over gender and culture to a creative new plateau of insight and understanding."—Marilyn Friedman, Washington University

"Meticulously researched, pristinely crafted, intelligently and generously argued, Multiculturalism without Culture is the finest presentation yet of liberal democratic bafflement over culture and culturalism. One need not concur with Phillips's conclusions to reap illumination from this marvelous volume and to be buoyed by its renewal of a relentlessly antiracist and feminist democratic politics."—Wendy Brown, author of Regulating Aversion: Tolerance in the Age of Identity and Empire

"Multiculturalism without Culture is an important intervention into the debate on cultural difference and social policy. Anne Phillips does a great job of bringing together legal materials, philosophy, political theory, and legal theory to offer a new and nuanced normative theory for social justice in multicultural societies. Phillips believes culture is something more important than a lifestyle choice, but something less preordained than DNA. She zeroes in on a new problem and offers new solutions."—Richard T. Ford, author of Racial Culture