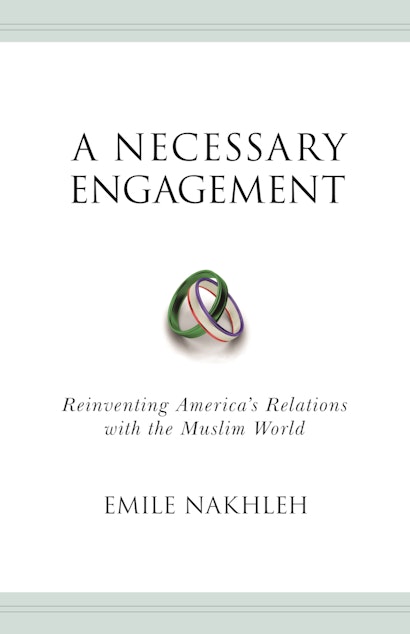 In A Necessary Engagement, the CIA’s former point man on Islam makes a vigorous case for a renewal of American public diplomacy in the Muslim world. Offering a unique balance between in-depth analysis, personal memoir, and foreign policy remedies, the book injects much-needed wisdom into the public discussion of long-term U.S.-Muslim relations.


Intelligence insider Emile Nakhleh argues that an engagement with the Muslim world benefits the national interest of the United States. Therefore, the next administration should discard the terrorism prism through which the country has viewed political Islam since 9/11 and focus instead on the common interests of America and mainstream Muslims. Nakhleh investigates recent U.S. policy toward Islamic nations and offers the new administration a ten-point plan for rebuilding America’s relationship with the Muslim world. The author demonstrates that winning over Arabs and Muslims requires a thorough knowledge of Arab and Muslim cultures and languages within our intelligence community, as well as a long-term American commitment of personnel and resources. While the success of these efforts will be incremental and hard to measure, Nakhleh believes that the current low standing of the United States in most Arab and Muslim countries can be reversed.


Stressing that effective public diplomacy must be a serious, coordinated effort pursued at the highest political levels, A Necessary Engagement charts a new course for future ties between the United States and the Islamic world.

Emile Nakhleh was a senior intelligence service officer and director of the Political Islam Strategic Analysis Program in the Directorate of Intelligence at the Central Intelligence Agency. He holds a PhD in international relations and is a member of the Council on Foreign Relations. 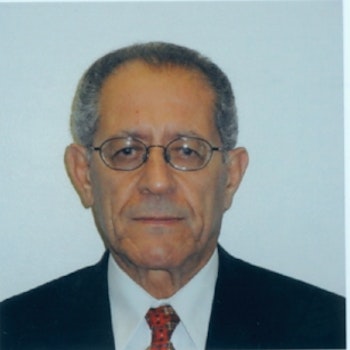 "[A] thoughtful book. . . . Nakhleh makes a strong case for the importance of constructive engagement with all Islamists except the global jihadists."—Jonathan Benthall, Times Literary Supplement

"Nakhleh, former director of the CIA's Political Islam Strategic Analysis Program, draws on nearly three decades of experience, current research and extensive polling to argue that the majority of Muslims strongly oppose terrorism and want good governance and a functional relationship with the U.S."—Publishers Weekly

"In an informative and revealing book, A Necessary Engagement, Emile Nakhleh, a former director of Political Islam Strategic Analysis Program in the CIA's Directorate of Intelligence, says that although midlevel U.S. officials knew better than to frame the war in black-and-white terms, ever-expanding the territory of the enemy, they had little say and input in decision-making. . . . Nakhleh paints a grim and stark portrait of the failures of U.S. policy makers to understand the most basic attitudes that Muslims have of themselves, each other and the West."—Fawaz A. Gerges, The National Interest

"This book should be required reading for the non-expert who wants a real understanding of militant Islam and how the United States should deal with it. Even experts in Islam, foreign policy and public diplomacy would find it worth reading. The author has marshaled persuasive arguments and presented a systematic analysis that is carefully grounded in fact and sensible conclusions. . . . Nakhleh's years of careful study have been distilled into a highly readable 146 pages. Because of the nature of the issues he discussed, this book will be relevant to understanding our world for some time to come."—William A. Rugh, Middle East Policy

"Nakhleh draws extensively on his government background in this slim, must-read volume, which combines cogent and balanced analysis with well-reasoned policy recommendations culminating in a useful 'blueprint' for US public diplomacy that offers some novel suggestions."—Mona Yacoubian, Middle East Journal

"In this slender volume, Nakhleh examines the relationship between the U.S. and the Muslim world, presents cogent criticisms of U.S. assumptions and policies, and extends sound advice on how to undo what has been done through mistake, ignorance, or arrogance. . . . The book is optimistic, succinct, and timely."—A. Ahmad, Choice

"[A]nyone reflecting on how the US policy towards the Muslim world should be developed would be well advised to read it."—Harold Walker, Journal of Islamic Studies

"A Necessary Engagement reflects a rare expertise in the intelligence community on political Islam and Muslim cultures. Emile Nakhleh has produced a thoughtful and sophisticated analysis on a subject that is more important today than ever. It is a must read for policymakers in a new administration that will need a road map to both understand and engage the Islamic world."—George J. Tenet, former CIA director

"This book offers fascinating insights into how intelligence bureaucracies operate and how organizational habits of thought can be challenged and changed. Making a strong case for the links between political intelligence and public diplomacy, Nakhleh offers intelligence professionals, policymakers, scholars, and the general public what they need to know in order to understand the cultural and religious dimensions of international politics."—Dale F. Eickelman, author of The Middle East and Central Asia

"On the key foreign policy issue of U.S. relations with the Muslim world, Nakhleh's conclusions are levelheaded, to the point, and eminently reasonable. The author's wealth of experience and rich sources make this book an important contribution to the public debate."—Farhad Kazemi, New York University

"Nakhleh outlines a new and revitalized course for American public diplomacy among Muslims around the world. The importance and timeliness of the book's topic can hardly be exaggerated and A Necessary Engagement should be required reading for officials in the next administration."—Sohail Hashmi, Mount Holyoke College