How do presidents lead? If presidential power is the power to persuade, why is there a lack of evidence of presidential persuasion? George Edwards, one of the leading scholars of the American presidency, skillfully uses this contradiction as a springboard to examine — and ultimately challenge — the dominant paradigm of presidential leadership. The Strategic President contends that presidents cannot create opportunities for change by persuading others to support their policies. Instead, successful presidents facilitate change by recognizing opportunities and fashioning strategies and tactics to exploit them.


Edwards considers three extraordinary presidents — Abraham Lincoln, Franklin D. Roosevelt, and Ronald Reagan — and shows that despite their considerable rhetorical skills, the public was unresponsive to their appeals for support. To achieve change, these leaders capitalized on existing public opinion. Edwards then explores the prospects for other presidents to do the same to advance their policies. Turning to Congress, he focuses first on the productive legislative periods of FDR, Lyndon Johnson, and Reagan, and finds that these presidents recognized especially favorable conditions for passing their agendas and effectively exploited these circumstances while they lasted. Edwards looks at presidents governing in less auspicious circumstances, and reveals that whatever successes these presidents enjoyed also resulted from the interplay of conditions and the presidents’ skills at understanding and exploiting them.

The Strategic President revises the common assumptions of presidential scholarship and presents significant lessons for presidents’ basic strategies of governance.

George C. Edwards III is Distinguished Professor of Political Science and Jordan Chair in Presidential Studies at Texas A&M University. His books include Overreach: Leadership in the Obama Presidency (Princeton) and On Deaf Ears: The Limits of the Bully Pulpit. He is the editor of Presidential Studies Quarterly. 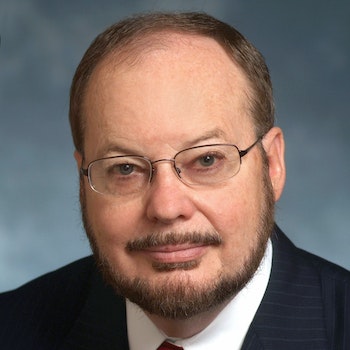 "The book should be read and reread by occupants of the White House, as well as by students and scholars of the presidency."—Brandice Canes-Wrone, Princeton University, Presidential Studies Quarterly

"This book should be required reading for scholars of the U.S. presidency."—A.L. Warber, Choice

"[This] book has the merit of provoking new thinking about presidential governing strategies and the value of 'going public.' Scholars of the presidency will . . . find much of interest in [this work]."—Daniel DiSalvo, Perspectives on Politics

"Well organized and meticulously written. . . . It contains the clearest and most complete information to be found on the subject. The Strategic President is worth reading. Not only is it entertaining reading by any definition, it is also highly informative."—Feryal Cubukcu, Journal of American Studies of Turkey

"The Strategic President speaks to all those who still believe in the magic of presidential leadership and who still put their faith in the power of political persuasion. The book is everything we have come to expect from George Edwards: strong, clear, consistent, and sober. Taking on the great leaders as well as the mediocre ones, Edwards shows that context determines the boundaries of possibility, and that the skills needed to get things done are those that address the situation as it is and exploit what opportunities it affords."—Stephen Skowronek, Yale University

"The Strategic President makes explicit an underlying theme of George Edwards's long and illustrious career: presidents exercise influence not through persuasion, but instead through the exploitation of political opportunities not of their making. For Edwards, facilitation, rather than transformation, establishes the foundation of presidential power. This important book challenges the dominant conception of power that has preoccupied presidential studies for decades, just as the book invites altogether new thinking about how and when presidents can effect change in a system of governance that all too often appears stacked against them."—William Howell, University of Chicago

"George Edwards is the dean of presidency scholars, and this book shows us why. Presidential studies usually narrate the tale of how a president obtained office, recognized a major problem, mobilized public opinion, persuaded Congress, and transformed the policy and political arena. Edwards establishes how little evidence there is for any of these propositions, and does so using the most difficult cases. This book will fundamentally change the way political scientists and the Washington community think about presidential power."—Richard Pious, Barnard College, Columbia University