This is a one-of-a-kind reference for anyone with a serious interest in mathematics. Edited by Timothy Gowers, a recipient of the Fields Medal, it presents nearly two hundred entries, written especially for this book by some of the world’s leading mathematicians, that introduce basic mathematical tools and vocabulary; trace the development of modern mathematics; explain essential terms and concepts; examine core ideas in major areas of mathematics; describe the achievements of scores of famous mathematicians; explore the impact of mathematics on other disciplines such as biology, finance, and music — and much, much more.

Unparalleled in its depth of coverage, The Princeton Companion to Mathematics surveys the most active and exciting branches of pure mathematics. Accessible in style, this is an indispensable resource for undergraduate and graduate students in mathematics as well as for researchers and scholars seeking to understand areas outside their specialties. 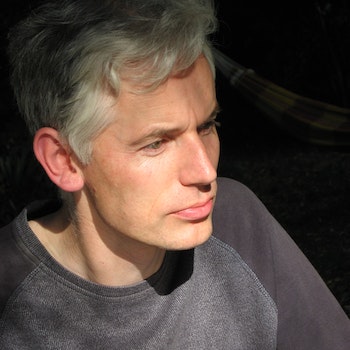 "The Princeton Companion to Mathematics makes a heroic attempt to keep [abstract concepts] to a minimum . . . and conveys the breadth, depth and diversity of mathematics. It is impressive and well written and it's good value for [the] money."—Ian Stewart, The Times

"This is a panoramic view of modern mathematics. It is tough going in some places, but much of it is surprisingly accessible. A must for budding number-crunchers."—The Economist

"Although the editors' original goal of text that could be understood by anyone with a good background in high school mathematics provided short-lived, this wide-ranging account should reward undergraduate and graduate students and anyone curious about math as well as help research mathematicians understand the work of their colleagues in other specialties. The editors note some advantages a carefully organized printed reference may enjoy over a collection of Web pages, and this impressive volume supports their claim."—Science

"This impressive book represents an extremely ambitious and, I might add, highly successful attempt by Timothy Gowers and his coeditors, June Barrow-Green and Imre Leader, to give a current account of the subject of mathematics. It has something for nearly everyone, from beginning students of mathematics who would like to get some sense of what the subject is all about, all the way to professional mathematicians who would like to get a better idea of what their colleagues are doing. . . . If I had to choose just one book in the world to give an interested reader some idea of the scope, goals and achievements of modern mathematics, without a doubt this would be the one. So try it. I guarantee you'll like it!"—American Scientist

"Accessible, technically precise and thorough account of all math's major aspects. Students of math will find this book a helpful reference for understanding their classes; students of everything else will find helpful guides to understanding how math describes it all."—Tom Siegfried, Science News

"Once in a while a book comes along that should be on every mathematician's bookshelf. This is such a book. Described as a 'companion', this 1000-page tome is an authoritative and informative reference work that is also highly pleasurable to dip into. Much of it can be read with benefit by undergraduate mathematicians, while there is a great deal to engage professional mathematicians of all persuasions."—Robin Wilson, London Mathematical Society

"Imagine taking an overview of elementary and advanced mathematics, a history of mathematics and mathematicians, and a mathematical encyclopedia and combining them all into one comprehensive reference book. That is what Timothy Gowers, the 1998 Fields Medal laureate, has successfully accomplished in compiling and editing The Princeton Companion to Mathematics. At more than 1,000 pages and with nearly 200 entries written by some of the leading mathematicians of our time and specialists in their fields, this book is a one-of-a-kind reference for all things mathematics."—Mathematics Teacher

"Overall [The Princeton Companion to Mathematics] is an enormous achievement for which the authors deserve to be thanked. It contains a wealth of material, much of a kind one would not find elsewhere, and can be enjoyed by readers with man different backgrounds."—Simon Donaldson, Notices of the American Mathematical Society

"This is an enormously ambitious book, full of beautiful things; I would wish to keep it on my bedside table, but that could only be possible relays, since of course it is far too large. . . . To sum up, [The Princeton Companion to Mathematics] is really excellent. I know of no book that will give a young student a better idea of what mathematics is about. I am certain that this is the only single book that is likely to tell me what my colleagues are doing."—Bryan Birch, Notices of the American Mathematical Society

"The book is so rich and yet it is well done. A rare achievement indeed!"—Gil Kalai, Notices of the American Mathematical Society

"My advice to you, reader is to buy the book, open it to a random page, read, enjoy, and be enlightened."—Richard Kenyon, Notices of the American Mathematical Society

"This volume is an enormous, far-reaching effort to survey the current landscape of (pure) mathematics. Chief editor Gowers and associate editors Barrow-Green and Leader have enlisted scores of leading mathematicians worldwide to produce a gorgeous volume of longer essays and short, specific articles that convey some of the dense fabric of ideas and techniques of modern mathematics. . . . This volume should be on the shelf of every university and public library, and of every mathematician—professional and amateur alike."—S.J. Colley, Choice

"The Princeton Companion to Mathematics is a friendly, informative reference book that attempts to explain what mathematics is about and what mathematicians do. Over 200 entries by a panel of experts span such topics as: the origins of modern mathematics; mathematical concepts; branches of mathematics; mathematicians that contributed to the present state of the discipline; theorems and problems; the influences of mathematics and some perspectives. Its presentations are selective, satisfying, and complete within themselves but not overbearingly comprehensive. Any reader from a curious high school student to an experienced mathematician seeking information on a particular mathematical subject outside his or her field will find this book useful. The writing is clear and the examples and illustrations beneficial."—Frank Swetz, Convergence

"Every research mathematician, every university student of mathematics, and every serious amateur of mathematical science should own a least one copy of The Companion. Indeed, the sheer weight of the volume suggests that it is advisable to own two: one for work and one at home. . . . Even an academic sourpuss should be pleased with the attention to detail of The Companion's publishers, editors, and authors and with many judicious decisions about the level of exposition, level of detail, what to include and what to omit, and much more—which have led to a well-integrated and highly readable volume."—Jonathan M. Borwein, SIAM Review

"Edited by Gowers, a recipient of the Fields Medal, this volume contains almost 200 entries, commissioned especially for this book from the world's leading mathematicians. It introduces basic mathematical tools and vocabulary, traces the development of modern mathematics, defines essential terms and concepts, and puts them in context. . . . Packed with information presented in an accessible style, this is an indispensable resource for undergraduate and graduate students in mathematics as well as for researchers and scholars seeking to understand areas outside their specialties."—Library Journal

"The book I'm talking about is The Princeton Companion to Mathematics. If you are in an absolute rush, the short version of my post today is, buy this book. You don't have to click on the link with my referral if you don't want to, seriously just pick up a copy of this book, I can guarantee you that it will be love at first sight. . . . The Princeton Companion to Mathematics is not only a beautiful book from an aesthetic standpoint, with its heavy, high quality pages and sturdy binding, but above all it's a monumental piece of work. I have never seen a book like this before. . . . [T]he bible of mathematics. . . . I believe this is the kind of book that will still be in use a hundred years from now."—Antonio Cangiano, Math-Blog.com

"I'm completely charmed. This is one of those books that makes you wish you had a desert island to be marooned on."—Brian Hayes, bit-player.org

"This has been a long time coming, but the wait was worth it! After many years of slogging through textbooks that presented too many proofs and demonstrations that were left to the student or lacking numerous intermediate steps, after encountering numerous 'introductions' that were obtuse and highly theoretical and after digesting far too many explanations with maximal equations and minimal verbiage, we arrive at the happy medium. This book is a companion in every sense of the word and a very friendly one at that. . . . For a comprehensive overview of many areas of mathematics in a readable format, there has never been anything quite like this. I would urge a trip to the local library to have a look."—John A. Wass, Scientific Computing

"This book is supremely accessible. Many in the sugar industry with a fairly good grasp of mathematics will probably not struggle with it, and will invariably marvel at its richness and diversity. [A] great companion."—International Sugar Journal

"The book contains some valuable surveys of the main branches of mathematics that are written in an accessible style. Hence, it is recommended both to students of mathematics and researchers seeking to understand areas outside their specialties."—European Mathematical Society Newsletter

"This is a wonderful book. The content is overwhelming. Every practicing mathematician, everyone who uses mathematics, and everyone who is interested in mathematics must have a copy of their own."—Simon A. Levin, Princeton University

"The Princeton Companion to Mathematics fills a vital need. It is the only book of its kind."—Victor J. Katz, professor emeritus, University of the District of Columbia

"I think that this is a wonderful book, completely different from anything that has been written before about mathematics and mathematicians."—Endre Süli, University of Oxford

"The Princeton Companion to Mathematics is a much needed—and will become a much used—reference work. In fact, it will stand alone as the reference work in mathematics."—John J. Watkins, Colorado College