Democracy is not naturally plausible. Why turn such important matters over to masses of people who have no expertise? Many theories of democracy answer by appealing to the intrinsic value of democratic procedure, leaving aside whether it makes good decisions. In Democratic Authority, David Estlund offers a groundbreaking alternative based on the idea that democratic authority and legitimacy must depend partly on democracy’s tendency to make good decisions.


Just as with verdicts in jury trials, Estlund argues, the authority and legitimacy of a political decision does not depend on the particular decision being good or correct. But the “epistemic value” of the procedure — the degree to which it can generally be accepted as tending toward a good decision — is nevertheless crucial. Yet if good decisions were all that mattered, one might wonder why those who know best shouldn’t simply rule.


Estlund’s theory — which he calls “epistemic proceduralism” — avoids epistocracy, or the rule of those who know. He argues that while some few people probably do know best, this can be used in political justification only if their expertise is acceptable from all reasonable points of view. If we seek the best epistemic arrangement in this respect, it will be recognizably democratic — with laws and policies actually authorized by the people subject to them.

David M. Estlund is professor of philosophy at Brown University. 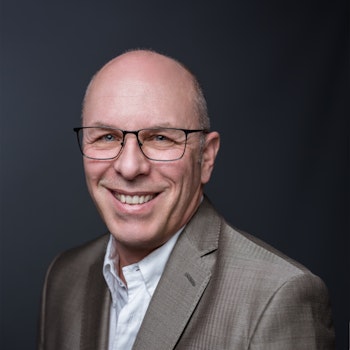 "Estlund offers a thoughtful, philosophically dense discussion arguing for the legitimacy of democratic order. . . . Estlund argues that epistemic proceduralism is a superior justification for democracy because it shows that democracies have the capacity to achieve good decisions that have legitimacy. His comparison of the decisions of a democracy to those of a jury is particularly illuminating. The work includes careful discussion of many prominent democratic and liberal theorists, such as Kenneth Arrow and John Rawls."—M. Coulter, Grove City College, for, Choice

"Democratic Authority is a rich book. Anyone working on political philosophy in general will find much of interest in it."—Peter S. C. Chau, Journal of Value Inquiry

"A brilliant book, and indispensable reading for anyone interested in democratic theory. Estlund's careful treatment of the 'wisdom of crowds' and the idea of deliberative democracy stands out as a particularly large advance. One of the very few truly major contributions to democratic theory in the last quarter century."—Cass R. Sunstein, Harvard Law School

"David Estlund defends democracy for its ability to make good decisions without handing things over to experts. This book is original, imaginative, and filled with subtle and compelling philosophical argument. A wonderful book, and an important one."—Joshua Cohen, Stanford University

"This book breaks new ground, developing an overall view of democratic procedure, in particular of its legitimacy, that really has no precedent in the literature. It will stand as the canonical defense of epistemic proceduralism."—Philip Pettit, Princeton University

"David Estlund's book is original, ambitious, thoughtful, and thought-provoking. It is an important and philosophically nuanced contribution to democratic theory."—Christian List, London School of Economics and Political Science