Robert H. MacArthur and Edward O. Wilson’s The Theory of Island Biogeography, first published by Princeton in 1967, is one of the most influential books on ecology and evolution to appear in the past half century. By developing a general mathematical theory to explain a crucial ecological problem — the regulation of species diversity in island populations — the book transformed the science of biogeography and ecology as a whole. In The Theory of Island Biogeography Revisited, some of today’s most prominent biologists assess the continuing impact of MacArthur and Wilson’s book four decades after its publication. Following an opening chapter in which Wilson reflects on island biogeography in the 1960s, fifteen chapters evaluate and demonstrate how the field has extended and confirmed — as well as challenged and modified — MacArthur and Wilson’s original ideas. Providing a broad picture of the fundamental ways in which the science of island biogeography has been shaped by MacArthur and Wilson’s landmark work, The Theory of Island Biogeography Revisited also points the way toward exciting future research.

Jonathan B. Losos is professor in the Department of Organismic and Evolutionary Biology and the curator of herpetology in the Museum of Comparative Zoology at Harvard University. Robert E. Ricklefs is the Curators' Professor of Biology at University of Missouri, St. Louis. 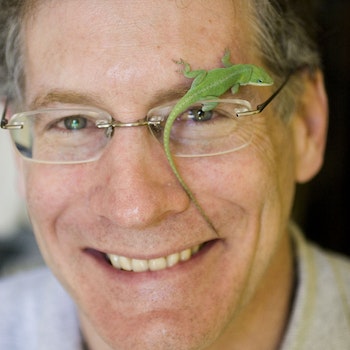 "This wonderful and lively book provides a fitting forty-year retrospective on MacArthur and Wilson's seminal volume. I can easily see it on the shelf of every serious graduate student of community ecology. It has all the 'right' names in it—many of them personal friends of MacArthur and Wilson—plus a bunch of rising stars of the next generation. This book should create quite a ripple in the field."—William H. Schlesinger, Cary Institute of Ecosystem Studies

"The chapters are all written by leaders in the field, the historical reviews are succinct and enlightening, and the perspectives are different enough to prevent repetition. Every author here whose work I know well has presented something new in the way of theoretical insight, data portraying an ecological pattern, or synthetic perspective on the field."—Henry S. Horn, Princeton University