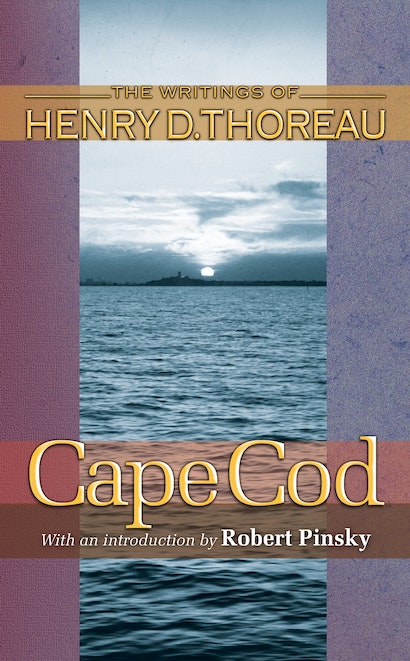 This new paperback edition of Henry D. Thoreau’s compelling account of Cape Cod contains the complete, definitive text of the original. Introduced by American poet and literary critic Robert Pinsky — himself a resident of Cape Cod — this volume contains some of Thoreau’s most beautiful writings.


In the plants, animals, topography, weather, and people of Cape Cod, Thoreau finds “another world” Encounters with the ocean dominate this book, from the fatal shipwreck of the opening chapter to his later reflections on the Pilgrims’ landing and reconnaissance. Along the way, Thoreau relates the experiences of fishermen and oystermen, farmers and salvagers, lighthouse-keepers and ship captains, as well as his own intense confrontations with the sea as he travels the land’s outermost margins. Chronicles of exploration, settlement, and survival on the Cape lead Thoreau to reconceive the history of New England — and to recognize the parochialism of history itself.

Robert Pinsky is Professor of English at Boston University and an editor of the weekly online magazine Slate. He is the author of many books of poetry and literary criticism. He served two terms as United States Poet Laureate Consultant in Poetry to the Library of Congress, 1997-2000.

"Cape Cod is Thoreau's sunniest, happiest book. It bubbles over with jokes, puns, tall tales, and genial good humor. . . . Unquestionably the best book that has ever been written about Cape Cod, and it is the model to which all new books about the Cape are still compared."—Walter Harding, The Days of Henry Thoreau