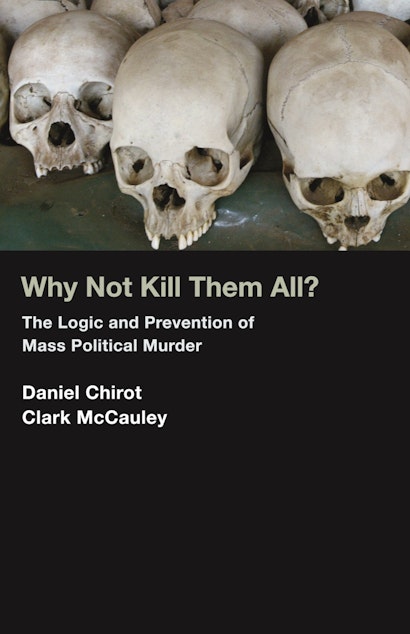 Genocide, mass murder, massacres. The words themselves are chilling, evoking images of the slaughter of countless innocents. What dark impulses lurk in our minds that even today can justify the eradication of thousands and even millions of unarmed human beings caught in the crossfire of political, cultural, or ethnic hostilities? This question lies at the heart of Why Not Kill Them All? Cowritten by historical sociologist Daniel Chirot and psychologist Clark McCauley, the book goes beyond exploring the motives that have provided the psychological underpinnings for genocidal killings. It offers a historical and comparative context that adds up to a causal taxonomy of genocidal events.


Rather than suggesting that such horrors are the product of abnormal or criminal minds, the authors emphasize the normality of these horrors: killing by category has occurred on every continent and in every century. But genocide is much less common than the imbalance of power that makes it possible. Throughout history human societies have developed techniques aimed at limiting intergroup violence. Incorporating ethnographic, historical, and current political evidence, this book examines the mechanisms of constraint that human societies have employed to temper partisan passions and reduce carnage.


Might an understanding of these mechanisms lead the world of the twenty-first century away from mass murder? Why Not Kill Them All? makes clear that there are no simple solutions, but that progress is most likely to be made through a combination of international pressures, new institutions and laws, and education. If genocide is to become a grisly relic of the past, we must fully comprehend the complex history of violent conflict and the struggle between hatred and tolerance that is waged in the human heart.


In a new preface, the authors discuss recent mass violence and reaffirm the importance of education and understanding in the prevention of future genocides.

Daniel Chirot is the Job and Gertrud Tamaki Professor of International Studies and professor of sociology at the University of Washington. Clark McCauley is the Rachel C. Hale Professor of Science and Mathematics and codirector of the Solomon Asch Center for Study of Ethnopolitical Conflict at Bryn Mawr College, and founding editor of Dynamics of Asymmetric Conflict: Pathways toward Terrorism and Genocide. 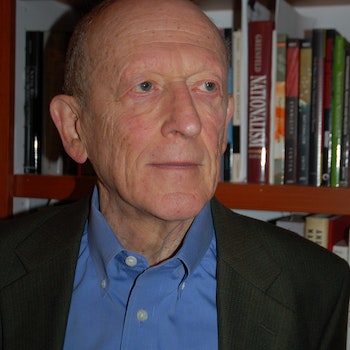 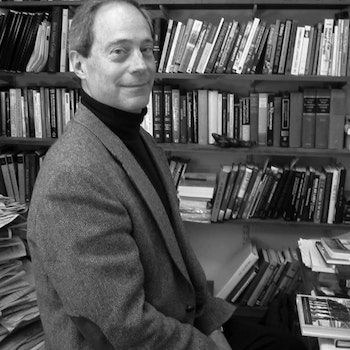 "What to do [about genocide]? Can we eliminate love, laughter, or any other human impulse as enduring as the hunger to kill all one's enemies? . . . Few university-press books organize a topic so persuasively that, in a just world, they should contribute to the founding of a discipline, or at least a staple course. Why Not Kill Them All? does just that. As the children of foreign elites attend our universities, the thought that they might read this book, or take such a course, comforts. It does not completely reassure. Chirot and McCauley offer important wisdom—that is, when you think about mass murder rationally."—Carlin Romano, Chronicle of Higher Education

"Daniel Chirot and Clark McCauley, in their superbly written book, rhetorically ask why a dominant group with overwhelming power would engage in genocide of its weaker rivals, and having established reasons for fratridcidal frenzies, they proceed to lay out measures that could prevent such human rights catastrophes."—Dipak Gupta, Political Science Quarterly

"Why Not Kill Them All? is an erudite intellectual achievement that synthesizes extant knowledge and adds to the surprisingly scarce literature on this topic. . . . [Chirot and McCauley] provide a breathtaking historical overview."—Juan Díez Medrano, American Journal of Sociology

"The greatest strength of Why Not Kill Them All? is its broad historical literacy, drawing examples from the Bible, eleventh-century England, czarist Russia, nineteenth-century United States, and well-known cases from the last century. Chirot also displays deep personal knowledge of the violent, interethnic dynamics in the less bloody but more recent civil war in Ivory Coast."—Alan J. Kuperman, Perspectives on Politics

"Daniel Chirot's professional role as a professor of sociology and international studies places him in an excellent position to examine the patterns of mass violence. Similarly, Clark McCauley's study of ethnic conflict and work as a psychology professor provide a necessary lens through which to view and analyze the prevention of mass murder. The perspectives of this book add pertinent insight to the existing literature on genocide."—Rachel Ray Steele, International Journal on World Peace

"Well written, interesting, informative, and balanced. Students in an introductory course in ethnic conflict in sociology, political science, or social psychology will find it helpful."—Djordje Stefanovic, Canadian Journal of Sociology

"Why Not Kill Them All? provides a valuable analysis of causes, conditions and strategies for the prevention of genocide and opens up an intriguing area for further work."—Benjamin Lieberman, Patterns of Prejudice

"Why Not Kill Them All? is an excellent book that adopts a fresh and complex approach to the problem of mass killings. In a study that ranges widely around the globe and through history, Chirot and McCauley demonstrate that genocides and other large-scale atrocities are relatively rare events. The human capacity for evil is deep-seated, the authors argue, but so is our inclination to settle conflicts amicably. The ties that bind us together are at least as strong as the forces that always threaten to rupture human connections. The challenge is to foster the social, cultural, and political tendencies that lead to cohesion rather than conflict. In their conclusion, the authors develop a set of powerful recommendations that students, policymakers, and concerned citizens will all want to consider."—Eric D. Weitz, Professor of History, University of Minnesota, author of A Century of Genocide

"In recent years a parade of social commentators has grappled with the question of the causes of mass killing and genocide. But none of these researchers have brought the breadth of historical and sociological comparison to the issue that Chirot and McCauley do. None has delved as deeply into the social psychology that rationalizes violence. A brilliant synthesis of psychology and historical sociology, this book breaks new ground in the study of mass violence. Troubling and yet hopeful, the book will appeal to specialists as well as the general reader trying to make sense of one of the most morally perplexing issues of our age."—Robert Hefner, Professor of Anthropology, Boston University

"In this wide-ranging book, Daniel Chirot and Clark McCauley make an important contribution to our understanding of genocide and other atrocities by seeking to explain why these tragic events are not more common. By posing this counterintuitive question the authors remind us that although genocide remains far more frequent than we might hope, it is in fact remarkably rare compared to the innumerable motives and opportunities that exist for violence between human social groups. In uncovering the mechanisms already in place in most societies that act to mitigate such violence, they help point the way to making genocide even less common in the future."—Ben Valentino, Dartmouth College, author of Final Solutions: Mass Killing and Genocide in the Twentieth Century

"In their new book, Chirot and McCauley bring to bear on the issue of mass murder a rich ethnographic literature dealing with the ubiquitous subject of violence in society. In particular, they draw the attention of readers to various institutions and practices that emerged in collective life to control violence. Why Not Kill Them All? is bound to become a standard text in university classes addressing the subject of genocide and mass political murder."—Jan T. Gross, author of Neighbors: The Destruction of the Jewish Community in Jedwabne, Poland