Was Einstein a Zionist? 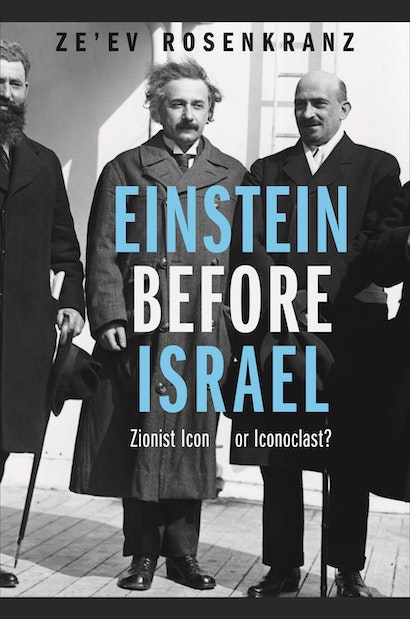 Albert Einstein was initially skeptical and even disdainful of the Zionist movement, yet he affiliated himself with this controversial political ideology and today is widely seen as an outspoken advocate for a modern Jewish homeland in Palestine. What enticed this renowned scientist and humanitarian, who repeatedly condemned nationalism of all forms, to radically change his views? Was he in fact a Zionist? Einstein Before Israel traces Einstein’s involvement with Zionism from his initial contacts with the movement at the end of World War I to his emigration from Germany in 1933 in the wake of Hitler’s rise to power. Drawing on a wealth of rare archival evidence—much of it never before published—this book offers the most nuanced picture yet of Einstein’s complex and sometimes stormy relationship with Jewish nationalism.

Ze’ev Rosenkranz sheds new light on Einstein’s encounters with prominent Zionist leaders, and reveals exactly what Einstein did and didn’t like about Zionist beliefs, objectives, and methods. He looks at the personal, cultural, and political factors that led Einstein to support certain goals of Jewish nationalism; his role in the birth of the Hebrew University; his impressions of the emerging Jewish settlements in Palestine; and his reaction to mounting violence in the Arab-Jewish conflict. Rosenkranz explores a host of fascinating questions, such as whether Zionists sought to silence Einstein’s criticism of their movement, whether Einstein was the real manipulator, and whether this Zionist icon was indeed a committed believer in Zionism or an iconoclast beholden to no one.

Ze'ev Rosenkranz is senior editor at the Einstein Papers Project at the California Institute of Technology and a former curator of the Albert Einstein Archives at the Hebrew University of Jerusalem. His books include The Einstein Scrapbook. 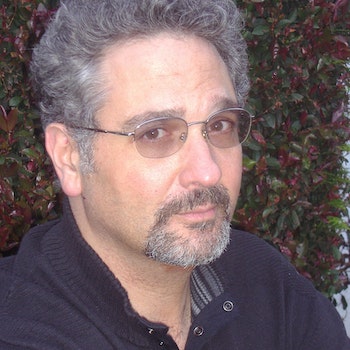 "It is a welcome study as the man fascinates—whether as a scientist or as an activist."—R. Balashankar, Organiser

"Few individuals can be as qualified to write about the outlook on the world of Albert Einstein—the man rather than the scientist—as Rosenkranz. Senior editor of the Einstein Papers Project at Caltech and former curator of the Albert Einstein Archives at Hebrew University, the author single-mindedly treats an understudied aspect of the great man's loyalties regarding his Jewish identity and the Zionist movement."—Choice

"Rosenkranz had exceptional access to archival materials enabling him to disentangle the complexity of Einstein's exposure to the development of Zionist thought as he interacted with many of its movement's leaders. . . . This is an essential component to an overall intellectual biography of Einstein's personal development and unique attachment to Zionism and an essential addition to an academic collection and worthy for selected synagogue libraries."—Sanford R. Silverburg, Association of Jewish Libraries Reviews

"Ze'ev Rosenkranz's careful and highly readable exploration of Einstein's encounters with his Jewish identity opens surprising windows not only into the life and mind of the twentieth century's most famous scientist, but also into the history of Zionism, the founding of Hebrew University, and the tumultuous history of British Palestine."—Michael Gordin, Princeton University

"Rosenkranz has written the definitive book on an extremely important part of Einstein's life and work, but one that is, curiously and sadly, given scant attention in the existing literature. Einstein Before Israel tells the story of Einstein's evolving relationship with the Zionist movement in a detailed and richly contextualized way. The Einstein who emerges from these pages is a complicated figure, part naïf and part sophisticated political actor."—Don Howard, University of Notre Dame

"Rosenkranz reveals an ambivalence in Einstein's struggles with his Jewish identity, and calls into question the frequent attribution to Einstein of a fervent Zionist ideology. The scholarship is impeccable. There really is nothing out there to compete with this book."—Robert Schulmann, coeditor of Einstein on Politics