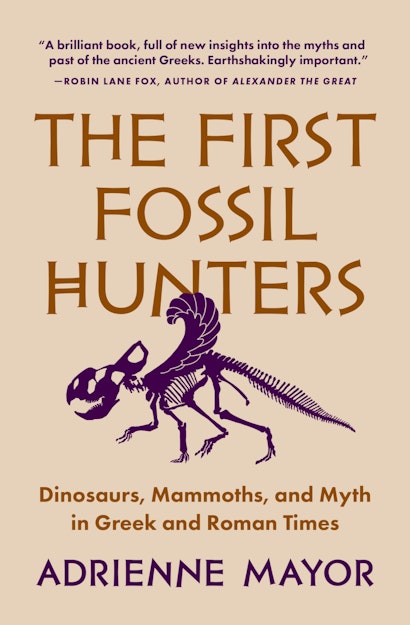 Like their modern counterparts, the ancient fossil hunters collected and measured impressive petrified remains and displayed them in temples and museums; they attempted to reconstruct the appearance of these prehistoric creatures and to explain their extinction. Long thought to be fantasy, the remarkably detailed and perceptive Greek and Roman accounts of giant bone finds were actually based on solid paleontological facts. By reading these neglected narratives for the first time in the light of modern scientific discoveries, Adrienne Mayor illuminates a lost world of ancient paleontology. As Peter Dodson writes in his Foreword, “Paleontologists, classicists, and historians as well as natural history buffs will read this book with the greatest of delight—surprises abound.”

"Mayor [combines] the skills of the literary scholar with those of a dinosaur hunter. . . . Although readers will learn a good deal here about the remains of mammoths and protoceratops, they will learn much more about human imagination, that fertile source of science, of legend and of fraud."—Booklist

"A surprising account of material overlooked or misunderstood by both historians of science and interpreters of Greek myth. . . . Clear, readable, and convincing."—Kirkus Reviews

"Mayor presents her case with an engaging zeal, describing her sleuthing efforts at length. . . . By the end of the book, you will find yourself filled with enthusiasm for following Mayor's lead in breaking down interdisciplinary boundaries and thus enriching your understanding of the human experience."—Kate A. Robson Brown, Natural History

"The First Fossil Hunters brings together mythology, art, geology, and paleontology in a convincing manner. . . . Mayor's chronicles do more that entertain; as she contends, they also show that people of Greek and Roman times had a broad understanding of fossils as organic remains of extinct organisms."—Tim Tokary, American Scientist

"In many ways, this book resembles a detective story. When the author gets on the track of something, she follows it wherever it leads. . . . The First Fossil Hunters will be a revelation to anyone interested in ancient history. For me, it is one of the best books of recent years."—Walter Friedrich, Times Higher Education Supplement

"[Mayor] has done an admirable job . . . [she] easily persuades us that these early writers indeed recorded a palaeontological bonanza centuries before the first dinosaur remains were recognised by modern science."—Richard Fortey, London Review of Books

"Mayor has done an admirable job of tracking down . . . a paleontological bonanza centuries before the first dinosaur remains were recognised by modern science."—Richard Fortey, London Review of Books

"A historical and scientific detective story of first rank. . . . Her results are as striking as they are entertaining. . . . The book will engage specialists with its serious purpose and extensive documentation and will please all readers with its profusion of maps, photographs, and drawings."—Mott T. Greene, Science

"Refreshing. . . . Mayor presents her case with an engaging zeal. . . . By the end of the book, you will find yourself filled with enthusiasm for following Mayor's lead in breaking down interdisciplinary boundaries and thus enriching your understanding of the human experience."—Kate A. Robson Brown, Natural History

"The First Fossil Hunters brings together mythology, art geology and paleontology in a convincing matter. . . . In times long past, others had the same fascination we do today with the sight, feel and sense of something once living and now extinct."—Tim Tokaryk, American Scientist

"While the book is aimed at academics and presumes knowledge of contemporary debates on the power of the presidency, it is not too abstruse for the current-events minded reader. . . . And if you're a journalist or author researching the office of the presidency, it's essential."—Lauren Mandell, NationalJournal.com

"In her introduction Adrienne Mayor takes palaeontologists and historians of palaeontology to task. At best there has been accidental ignorance and at worst wilful avoidance and misrepresentation of how much the Greeks and Romans knew about fossils . . . Mayor proceeds to make her case with detailed 'chapter and verse' from the ancients. It is indeed impressive and generally very convincing"—Douglas Palmer, Geological Magazine

"This book is a pleasure to read. . . . The insight into human behavior is enough to attract anthropologists and laypeople to read this fascinating account of paleontology in ancient times."—Deborah Ruscillo, American Journal of Archaeology

"Adrienne Mayor's thought-provoking book will mark a watershed in the approach to griffins and giants. . . For both its innovative method and its results, this well-balanced and vividly written book belongs on the bookshelf of every historian of natural sciences."—Liliane Bodson, Isis

"Marshaling the array of evidence available from scholarly and popular works, and contributing her own research, Mayor shows that far from ignoring fossils, many Native American groups took great notice of them and developed elaborate myths to explain their origin. . . . Though Mayor is careful not to homogenize native myths, she does note that virtually all of them exhibit a sense of "deep time," as geologists call it: an awareness that the world has existed for far longer than humans have walked it."—Eric A. Powell, Archaeology

"The Greeks were not the only peoples of antiquity to exploit the past in the interests of devising myth and history, but they were among the most ingenious about it, and recorded their views. Adrienne Mayor has uncovered a barely noticed source for many of the myths of the Old World, and for the first time has assembled in an orderly way the evidence for early man's discovery of and explanations for fossil remains. This is a skillful blend of science, history and imagination which adds a chapter to the history of man's ingenuity, from Central Asia to Greece, to Egypt. Many texts, sites, and pictures will never seem quite the same again, after this very thorough and very lively scholarly excursion into a disregarded source of myth-making."—John Boardman, Oxford University

"Mayor catches one's attention with her first sentence and doesn't let go until the end . . . In addition to being lively and intelligent, the writing is honest and persuasive. Bringing together classics, archaeology, and paleontology in an original synthesis, Mayor exemplifies in her own research her plea that these fields should profitably confer with one another much more than they do."—William Hansen, Indiana University, Bloomington 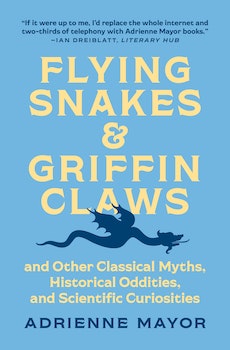 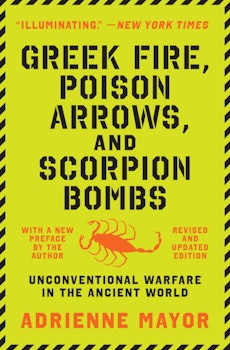 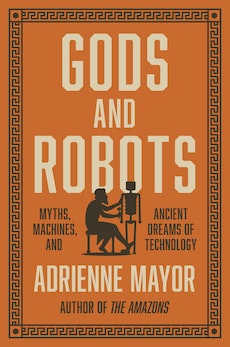 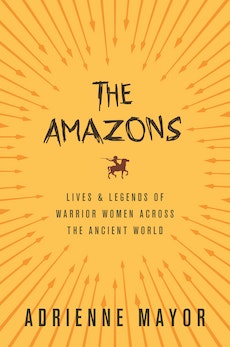 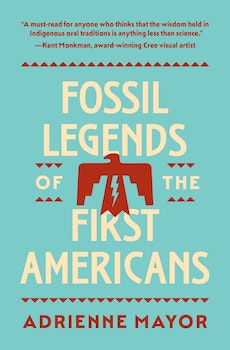