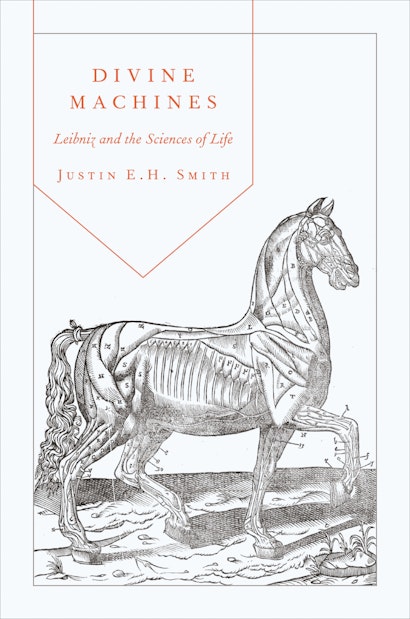 Though it did not yet exist as a discrete field of scientific inquiry, biology was at the heart of many of the most important debates in seventeenth-century philosophy. Nowhere is this more apparent than in the work of G. W. Leibniz. In Divine Machines, Justin Smith offers the first in-depth examination of Leibniz’s deep and complex engagement with the empirical life sciences of his day, in areas as diverse as medicine, physiology, taxonomy, generation theory, and paleontology. He shows how these wide-ranging pursuits were not only central to Leibniz’s philosophical interests, but often provided the insights that led to some of his best-known philosophical doctrines.


Presenting the clearest picture yet of the scope of Leibniz’s theoretical interest in the life sciences, Divine Machines takes seriously the philosopher’s own repeated claims that the world must be understood in fundamentally biological terms. Here Smith reveals a thinker who was immersed in the sciences of life, and looked to the living world for answers to vexing metaphysical problems. He casts Leibniz’s philosophy in an entirely new light, demonstrating how it radically departed from the prevailing models of mechanical philosophy and had an enduring influence on the history and development of the life sciences. Along the way, Smith provides a fascinating glimpse into early modern debates about the nature and origins of organic life, and into how philosophers such as Leibniz engaged with the scientific dilemmas of their era.

Justin E. H. Smith is associate professor of philosophy at Concordia University in Montreal. He is the editor of The Problem of Animal Generation in Early Modern Philosophy.

"Smith thus offers a broader historical context than the title suggests. But with Divine Machines, Leibniz himself emerges as a fascinating example of the early modern obsession with the grand questions about life, and is for this reason certainly of interest to historians of science and medicine."—Stephanie Eichberg, British Journal for the History of Science

"Smith's . . . book affords quite a number of innovative analyses and is due to become a landmark of Leibniz studies."—François Duchesneau, HOPOS: Journal of the International Society for the History of Philosophy of Science

"Even in the instances where the reader's doubts linger, Smith's scholarship makes a convincing case and one is required to look anew at Leibniz's most well known commitments. For the contributions it makes in our understandings of Leibniz and for the way in which Leibniz is integrated in the emergence of the life sciences, Divine Machines is highly recommended reading."—Lea F. Schweitz, Aestimatio

"With this book, Justin Smith turns the world of Leibniz scholarship upside down. Others have argued for the centrality of Leibniz's views on language and logic, or on physics and mathematics, or on theology, but Smith shows us how to read this key figure in the history of modern thought through his biology. This learned, original, and exciting book is obligatory reading for anyone interested in the origins of modern philosophy."—Daniel Garber, Princeton University

"I can not overstate how important Divine Machines is to Leibniz studies and the history of early modern philosophy and science. There is so much material here, so many sources, so many arguments, so many connections made, that even as I write this I am distracted by thoughts of the many avenues of research Smith has opened up to the rest of us. Divine Machines is a watershed moment."—Gideon Manning, California Institute of Technology

"Smith's book is the first comprehensive, full-length study in English dedicated to Leibniz's philosophy of biology. He provides a very broad and detailed historical context for a fuller understanding of Leibniz's place in the history of the life sciences. Smith has uncovered and drawn upon many of Leibniz's own texts which have been understudied or even unused by other scholars. The scholarship is exemplary."—Karen Detlefsen, University of Pennsylvania