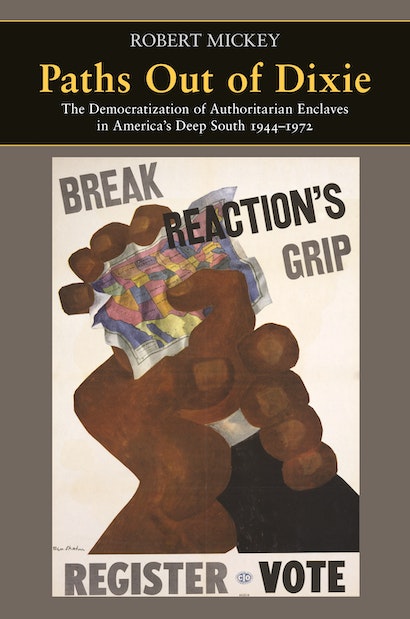 The transformation of the American South — from authoritarian to democratic rule — is the most important political development since World War II. It has re-sorted voters into parties, remapped presidential elections, and helped polarize Congress. Most important, it is the final step in America’s democratization. Paths Out of Dixie illuminates this sea change by analyzing the democratization experiences of Georgia, Mississippi, and South Carolina.


Robert Mickey argues that Southern states, from the 1890s until the early 1970s, constituted pockets of authoritarian rule trapped within and sustained by a federal democracy. These enclaves — devoted to cheap agricultural labor and white supremacy — were established by conservative Democrats to protect their careers and clients. From the abolition of the whites-only Democratic primary in 1944 until the national party reforms of the early 1970s, enclaves were battered and destroyed by a series of democratization pressures from inside and outside their borders. Drawing on archival research, Mickey traces how Deep South rulers — dissimilar in their internal conflict and political institutions — varied in their responses to these challenges. Ultimately, enclaves differed in their degree of violence, incorporation of African Americans, and reconciliation of Democrats with the national party. These diverse paths generated political and economic legacies that continue to reverberate today.


Focusing on enclave rulers, their governance challenges, and the monumental achievements of their adversaries, Paths Out of Dixie shows how the struggles of the recent past have reshaped the South and, in so doing, America’s political development.

Robert Mickey is associate professor of political science at the University of Michigan. 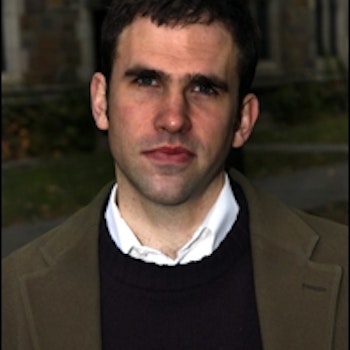 "Paths Out of Dixie is the rare gem of American politics destined to be a touchstone across political science subfields."—Jason Brownlee, Journal of Politics

"Mickey's work rests on an exhaustive treasure of archival research that displays a stunning commitment to the best traditions of American political development scholarship. Paths Out of Dixie is a worthy and indeed more rigorous successor to Key’s (1949) Southern Politics."—Kimberley Johnson, Journal of Politics

"Mickey's work should be valued by students of the modern American South. Like recent historians who are arguably the new gold standards for studying this subject, he reveals fresh ways of understanding political change in the Deep South."—Anthony B. Newkirk, Arkansas Review

"In this remarkable book, Mickey focuses on Southern politics after the great public reversal of black disenfranchisement—and boldly compares that politics to authoritarianism. He grounds his compelling claims and narratives in an exceptionally confident handling of evidence, resulting in a major milestone in American political science. This vivid and profoundly illuminating book is certain to change views not just of Southern politics, but of the country we have been—and the national democracy we have become."—Rick Valelly, Swarthmore College

"This is an impressive account of political change in South Carolina, Mississippi, and Georgia, from one-party authoritarian regimes in the 1890s to democracies in the 1970s. Mickey's analyses of the constellation of forces in each state are powerful. Paths out of Dixie will be a revelation to political scientists."—Amy Bridges, University of California, San Diego

"This is one of the most significant books on this critical region to appear in decades. Mickey situates this work in the comparative democratization literature and analyzes political accommodation to civil rights from the perspective of elites and parties. There is nothing else quite like it."—Elizabeth Sanders, Cornell University