For most of the vast span of human history, economic growth was all but nonexistent. Then, about two centuries ago, some nations began to emerge from this epoch of economic stagnation, experiencing sustained economic growth that led to significant increases in standards of living and profoundly altered the level and distribution of wealth, population, education, and health across the globe. The question ever since has been — why?


This is the first book to put forward a unified theory of economic growth that accounts for the entire growth process, from the dawn of civilization to today. Oded Galor, who founded the field of unified growth theory, identifies the historical and prehistorical forces behind the differential transition timing from stagnation to growth and the emergence of income disparity around the world. Galor shows how the interaction between technological progress and population ultimately raised the importance of education in coping with the rapidly changing technological environment, brought about significant reduction in fertility rates, and enabled some economies to devote greater resources toward a steady increase in per capita income, paving the way for sustained economic growth.

Oded Galor is the Herbert H. Goldberger Professor of Economics at Brown University. 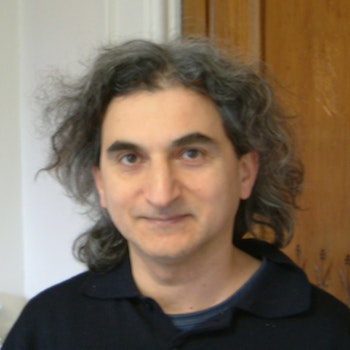 "Galor is the founder of unified growth theory. The theory seeks to uncover the principal forces behind the world's transition from the subsistence livelihoods experienced by early antecessors to the exponential increases in living standards that came with the Industrial Revolution. . . . This book is a must for anyone interested in economic growth."—Choice

"Galor provides a mass of data and theory that may help to frame the role of education in creating economic sustainability."—Josephine Gatti, International Social Science Review

"[T]he contribution to economic science provided by Oded Galor poses an intellectual challenge for more general macroeconomic models . . . which still need to provide comprehensive and endogenous explanations regarding the radical changes that affected the world economy in the aftermath of the economic and financial crisis."—Gianfranco Di Vaio, Journal of European and Economic History

"This volume must be highly recommended to anyone interested in economic growth and comparative development."—Christopher Bliss, European Legacy

"Galor's project is breathtakingly ambitious. He proposes a fairly simple, intensely human-capital-oriented model that will accommodate the millennia of Malthusian near-stagnation, the Industrial Revolution and its aftermath of rapid growth, the accompanying demographic transition, and the emergence of modern human-capital-based growth. And the model is supposed to generate endogenously the transitions from one era to the next. The resulting book is a powerful mixture of fact, theory, and interpretation."—Robert Solow, Nobel Laureate in Economics

"Unified Growth Theory is a work of unusual ambition. Full of original and daring ideas, this book will inspire, motivate, and challenge economists. Highly recommended."—Daron Acemoglu, Massachusetts Institute of Technology

"Unified Growth Theory is Big Science at its best. It grapples with some of the broadest questions in social science, integrating state-of-the-art economic theory with a rich exploration of a wide range of empirical evidence. Galor's erudition and creativity are remarkable, and the ideas embodied in this book will have a lasting effect on economics."—Steven N. Durlauf, University of Wisconsin-Madison