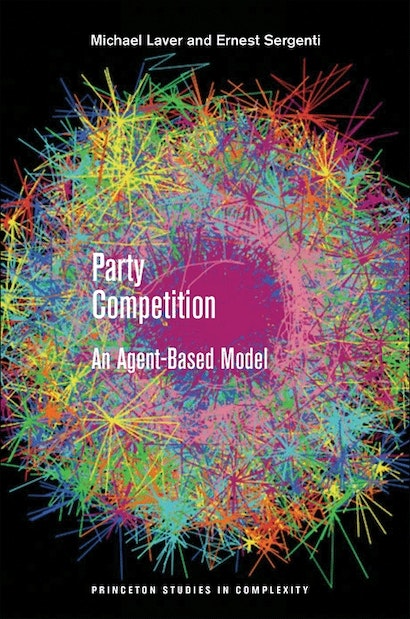 Party competition for votes in free and fair elections involves complex interactions by multiple actors in political landscapes that are continuously evolving, yet classical theoretical approaches to the subject leave many important questions unanswered. Here Michael Laver and Ernest Sergenti offer the first comprehensive treatment of party competition using the computational techniques of agent-based modeling. This exciting new technology enables researchers to model competition between several different political parties for the support of voters with widely varying preferences on many different issues. Laver and Sergenti model party competition as a true dynamic process in which political parties rise and fall, a process where different politicians attack the same political problem in very different ways, and where today’s political actors, lacking perfect information about the potential consequences of their choices, must constantly adapt their behavior to yesterday’s political outcomes.

Party Competition shows how agent-based modeling can be used to accurately reflect how political systems really work. It demonstrates that politicians who are satisfied with relatively modest vote shares often do better at winning votes than rivals who search ceaselessly for higher shares of the vote. It reveals that politicians who pay close attention to their personal preferences when setting party policy often have more success than opponents who focus solely on the preferences of voters, that some politicians have idiosyncratic “valence” advantages that enhance their electability — and much more.

Michael Laver is professor of politics at New York University. He is the coauthor of Multiparty Government: The Politics of Coalition in Europe. Ernest Sergenti is a consultant at the World Bank.

"[T]he book is an excellent starting point for everyone interested in party competition and provides food for future agent-based research."—Víctor M. Eguíluz, JASSS

"Besides political scientists who are interested in the topic, this book is well suited for any social scientist who looks for an exemplary introduction to basic techniques of simulation-based research."—Johannes Zschache, RMM

"This is a rich and provocative book. . . . For methodologically sophisticated political scientists, and especially those interested in spatial analysis, this is no doubt the best introduction available to the challenging, exciting, and, to many, still mysterious worlds of agent-based modeling."—Charles H. Blake, Perspectives on Politics

"Laver and Sergenti argue that politics is best viewed as a complex dynamical system that is neither random nor in equilibrium. Their use of agent-based modeling to better understand the flux of politics will be of great interest to the next generation of modelers seeking to make sense of the wide variety of political systems in the real world."—Norman Schofield, Washington University in St. Louis

"Laver and Sergenti present a bold and rigorous new approach to interparty electoral competition. Their results are remarkable and often puzzling, offering plentiful food for thought for modelers, analytical theorists, and empiricists alike. Ignore this book at your peril, or better, read it and become an admirer."—Kaare Strøm, University of California, San Diego

"Party Competition is an ambitious and pioneering work. Laver and Sergenti present a new methodology for the study of a quite central and traditional problem in political science. This is to my knowledge the first book-length treatise on the evolutionary modeling of party competition."—Hannu Nurmi, author of Models of Political Economy

"Distinct and important. The tools that Laver and Sergenti bring to bear on computational modeling will start a debate that is long overdue in the social sciences. This is another step forward in developing the methods needed to solve real-world problems that have so far resisted our best efforts."—Scott de Marchi, Duke University