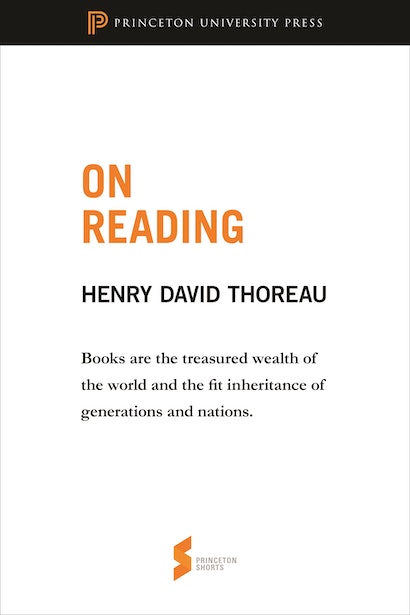 As the digital age settles on us and the ebook revolution dawns, the question of why we read to begin with is often forgotten. Who better to turn to for guidance on this question than the man who sought refuge in the simple things we often take for granted, Henry David Thoreau. His thoughts on reading are as relevant in the eBook era as they were in the age of the locomotive.


Princeton Shorts are brief selections excerpted from influential Princeton University Press publications produced exclusively in eBook format. They are selected with the firm belief that while the original work remains an important and enduring product, sometimes we can all benefit from a quick take on a topic worthy of a longer book.


In a world where every second counts, how better to stay up-to speed on current events and digest the kernels of wisdom found in the great works of the past? Princeton Shorts enables you to be an instant expert in a world where information is everywhere but quality is at a premium. On Reading does just that.

Originally published in 1854, Walden, or Life in the Woods, is a vivid account of the time that Henry D. Thoreau lived alone in a secluded cabin at Walden Pond. It is one of the most influential and compelling books in American literature--Thoreau's great document of social criticism and dissent.