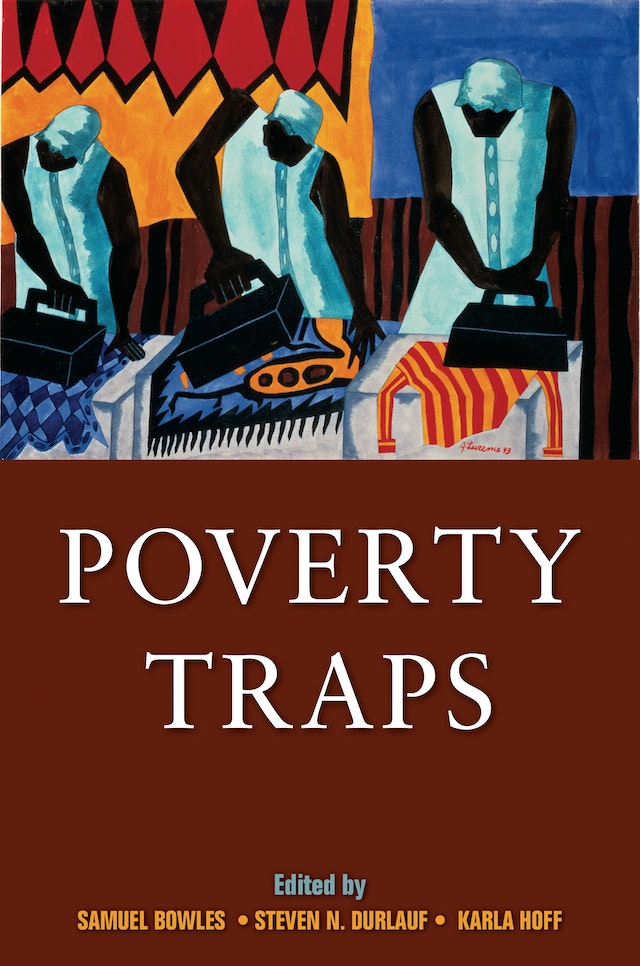 Much popular belief — and public policy — rests on the idea that those born into poverty have it in their power to escape. But the persistence of poverty and ever-growing economic inequality around the world have led many economists to seriously question the model of individual economic self-determination when it comes to the poor. In Poverty Traps, Samuel Bowles, Steven Durlauf, Karla Hoff, and the book’s other contributors argue that there are many conditions that may trap individuals, groups, and whole economies in intractable poverty. For the first time the editors have brought together the perspectives of economics, economic history, and sociology to assess what we know — and don’t know — about such traps.


Among the sources of the poverty of nations, the authors assign a primary role to social and political institutions, ranging from corruption to seemingly benign social customs such as kin systems. Many of the institutions that keep nations poor have deep roots in colonial history and persist long after their initial causes are gone.


Neighborhood effects — influences such as networks, role models, and aspirations — can create hard-to-escape pockets of poverty even in rich countries. Similar individuals in dissimilar socioeconomic environments develop different preferences and beliefs that can transmit poverty or affluence from generation to generation. The book presents evidence of harmful neighborhood effects and discusses policies to overcome them, with attention to the uncertainty that exists in evaluating such policies.

"The collection is a thought-provoking book that provides a comprehensive examination of persistent poverty in both the United States and developing counties. . . . Poverty Traps should be read by any economist, social scientist, policymaker, or anyone else interested in the study of persistent poverty."—William Levernier, Journal of Regional Science

"Much of traditional economics was based on the precept that poverty is largely the fault of the poor. But it is now recognized that an individual's economic success or failure depends to a great extent on the setting in which he or she is born. I believe that this topic will dominate the research agenda of economics in the coming years, and Poverty Traps is one of the best introductions to the subject. For lucid and critical evaluation of new ideas and models such as the 'membership theory' of an individual's economic well-being, the emergence of 'dysfunctional institutions,' and the role of 'kin systems' and 'neighborhood effects' in perpetuating poverty, it is hard to think of a better single reference."—Kaushik Basu, Carl Marks Professor of International Studies and Professor of Economics, Cornell University

"The sources and consequences of persistent inequality within and across countries have been at the center of public and academic debates for decades. In this thought-provoking book leading researchers in the field highlight some of the most significant mechanisms for the emergence of poverty traps. An outstanding contribution."—Oded Galor, Brown University and Hebrew University

"The book is fascinating and will be read. The editors do a delightful job of introducing and articulating the purpose of the book—to introduce the concept of poverty traps to the social sciences as a way to understand persistence economic inequality within and between countries. The volume makes numerous significant contributions, and all of the papers are likely to be recognized within and outside of their own fields."—Yannis Ioannides, Max and Herta Neubauer Chair and Professor of Economics, Tufts University