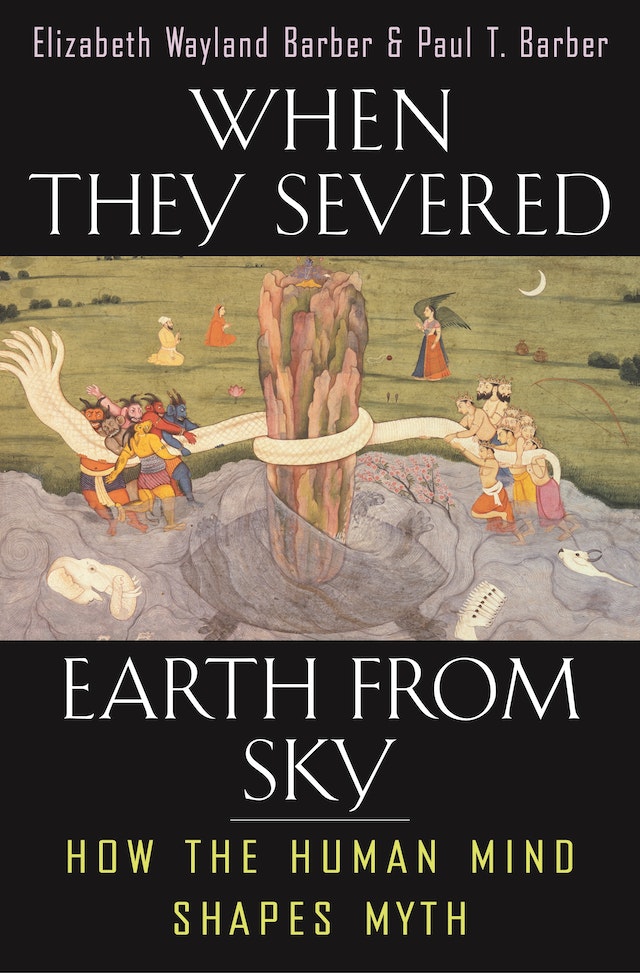 Why were Prometheus and Loki envisioned as chained to rocks? What was the Golden Calf? Why are mirrors believed to carry bad luck? How could anyone think that mortals like Perseus, Beowulf, and St. George actually fought dragons, since dragons don’t exist? Strange though they sound, however, these “myths” did not begin as fiction.


This absorbing book shows that myths originally transmitted real information about real events and observations, preserving the information sometimes for millennia within nonliterate societies. Geologists’ interpretations of how a volcanic cataclysm long ago created Oregon’s Crater Lake, for example, is echoed point for point in the local myth of its origin. The Klamath tribe saw it happen and passed down the story — for nearly 8,000 years.


We, however, have been literate so long that we’ve forgotten how myths encode reality. Recent studies of how our brains work, applied to a wide range of data from the Pacific Northwest to ancient Egypt to modern stories reported in newspapers, have helped the Barbers deduce the characteristic principles by which such tales both develop and degrade through time. Myth is in fact a quite reasonable way to convey important messages orally over many generations — although reasoning back to the original events is possible only under rather specific conditions.


Our oldest written records date to 5,200 years ago, but we have been speaking and mythmaking for perhaps 100,000. This groundbreaking book points the way to restoring some of that lost history and teaching us about human storytelling.

Elizabeth Wayland Barber, Professor of Linguistics and Archaeology at Occidental College, is the author of The Mummies of Ürümchi (W. W. Norton), Women's Work (W. W. Norton), and Prehistoric Textiles (Princeton). Paul T. Barber, a research associate with the Fowler Museum of Cultural History at the University of California, Los Angeles, is the author of Vampires, Burial, and Death (Yale).

"Rarely have I read a book so avidly and with such pleasure. The Barbers have captured the vital signs of the mythmaking process, in a revolutionary study. This is a novel and convincing way to look at mythology."—Adrienne Mayor, author of The First Fossil Hunters: Paleontology in Greek and Roman Times

"I read this idiosyncratic and engaging work in its entirety in just two sittings, finding it nearly impossible to put down. The Barbers give intriguing explanations of how and why we construct and transmit myths and how we may unpack these 'off-the-wal'' stories to reveal essential information about such natural phenomena as volcanic eruptions."—Joshua T. Katz, Princeton University

"This book offers a comprehensive account of why myths are the way they are. Drawing in part on cognitive science and on historical evidence as to real events, it presents a broad and informative selection of the myths themselves, raising questions and suggesting answers that cognitive scientists will find interesting."—Michael C. Corballis, author of From Hand to Mouth