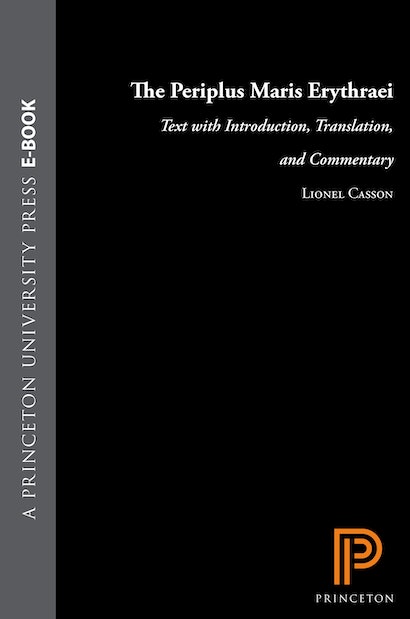 The Periplus Maris Erythraei, “Circumnavigation of the Red Sea,” is the single most important source of information for ancient Rome’s maritime trade in these waters (i.e., the Red Sea, Gulf of Aden, and western Indian Ocean). Written in the first century A.D. by a Greek merchant or skipper, it is a short manual for the traders who sailed from the Red Sea ports of Roman Egypt to buy and sell in the various ports along the coast of eastern Africa, southern Arabia, and western India. This edition, in many ways the culmination of a lifetime of study devoted to Rome’s merchant marine and her trade with the east, provides an improved text of the Periplus, along with a lucid and reliable translation, a comprehensive general commentary that treats in particular the numerous obscure place-names and technical terms that occur, and a technical commentary that deals with grammatical, lexicographical, and textual matters for readers competent in Greek. An extensive introduction places the Periplus in its historical context.

"No scholar in modern times has been better equipped to study the Periplus than Lionel Casson, whose work on ancient seafaring and trade has made him preeminent in this field. He has an unequalled mastery of the linguistic problems that beset any editor of this text and at the same time a fine practical sense of the day-to-day problems that would confront a merchant using this handbook. His commentary illuminates the trade routes, the exploitation of monsoons, the objects of trade, and the needs of the various emporia where the traders stopped. . . . This is a major contribution to the economic history of the Roman Empire and the Empire's eastern neighbors."—G. W. Bowersock, Institute for Advanced Study, Princeton