Just as we learn from, influence, and are influenced by others, our social interactions drive economic growth in cities, regions, and nations — determining where households live, how children learn, and what cities and firms produce. From Neighborhoods to Nations synthesizes the recent economics of social interactions for anyone seeking to understand the contributions of this important area. Integrating theory and empirics, Yannis Ioannides explores theoretical and empirical tools that economists use to investigate social interactions, and he shows how a familiarity with these tools is essential for interpreting findings. The book makes work in the economics of social interactions accessible to other social scientists, including sociologists, political scientists, and urban planning and policy researchers.


Focusing on individual and household location decisions in the presence of interactions, Ioannides shows how research on cities and neighborhoods can explain communities’ composition and spatial form, as well as changes in productivity, industrial specialization, urban expansion, and national growth. The author examines how researchers address the challenge of separating personal, social, and cultural forces from economic ones. Ioannides provides a toolkit for the next generation of inquiry, and he argues that quantifying the impact of social interactions in specific contexts is essential for grasping their scope and use in informing policy.


Revealing how empirical work on social interactions enriches our understanding of cities as engines of innovation and economic growth, From Neighborhoods to Nations carries ramifications throughout the social sciences and beyond.

Yannis M. Ioannides is the Max and Herta Neubauer Professor of Economics at Tufts University. 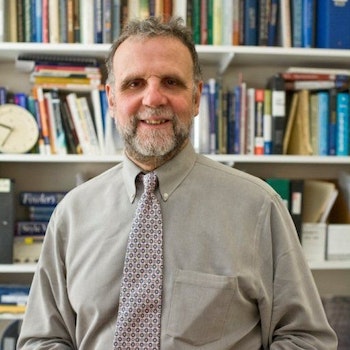 "Ioannides should be praised to have written a stimulating book that tries to interrelate social and spatial levels of complex economic phenomena. It is worth noting that this is something that should have more followers also in econometrics."—Andreas Koch, JASSS

"Ioannides has accomplished a remarkable survey and synthesis of the scattered literature on urbanization as a response to nonmarket factors. He starts with an overview of the theory and econometrics of social interactions. Then, the book surveys the large and diverse studies on the economic and social interactions within and among cities. The studies are given unity by reference to the basic theory of social interactions, always including the market implications. This is an important synthesis of material to which the author has been a major contributor."—Kenneth J. Arrow, Stanford University, Nobel Laureate in Economic Sciences

"From Neighborhoods to Nations studies how interactions between individuals are formed, sustained, enhanced, or hindered by their context. Importantly, it analyzes how these interactions aggregate up from families, to social groups, neighborhoods, cities, nations, and, ultimately, the global economy. Organized by a clear and useful overarching view, this book ambitiously brings together a wealth of theoretical and empirical knowledge from the last two decades in a unified and consistent way."—Esteban Rossi-Hansberg, Princeton University

"A comprehensive and rigorous overview of the growing literature on social interactions, this impressive book blends formal theory with empirical work. Ioannides considers what exactly is a social interaction, how we measure it, and the causes and consequences of such interactions among households and firms. Rare is the economist who can approach such a broad topic from microeconomic and macroeconomic perspectives."—Matthew E. Kahn, University of California, Los Angeles

"From Neighborhoods to Nations brings urban economics and social interactions into a unified framework, and derives theoretical and empirical conclusions about cities and regions. Presenting a consistent and systematic approach to urban social economics, this book has no equivalent."—Yves Zenou, Stockholm University