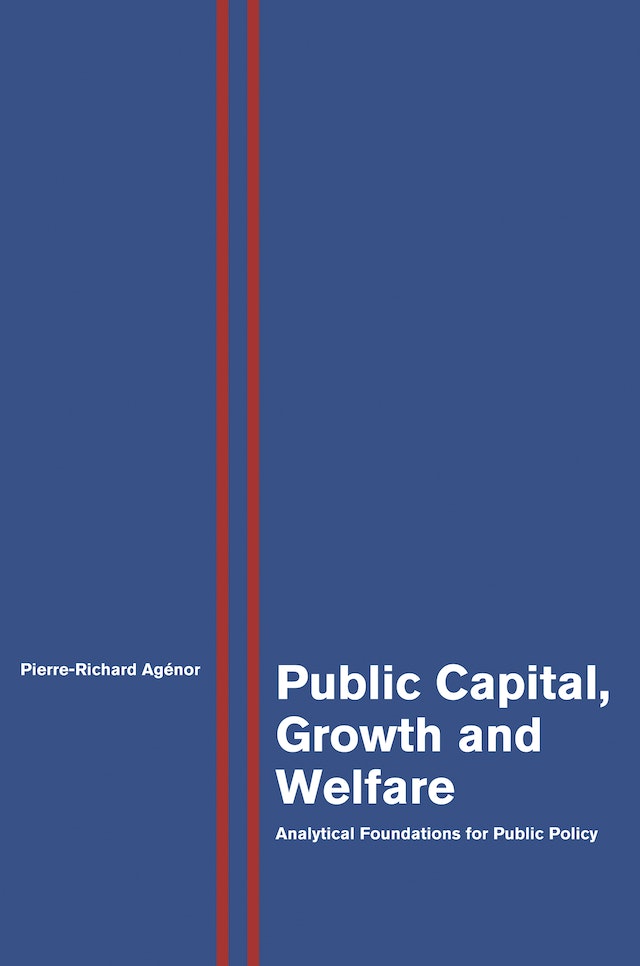 In the past three decades, developing countries have made significant economic and social progress, from improved infant mortality rates to higher life expectancy. Yet, 1.3 billion people continue to live in extreme poverty in the developing world, leading policymakers to place a renewed emphasis on policies that could promote economic efficiency and the productivity of the poor. How should these policies be sequenced and implemented to spur growth? Would a large, front-loaded increase in public infrastructure investment yield the desired growth-promoting effect?

Taking a rigorous look at this kind of investment and its outcomes, this book explores the different channels through which public capital in infrastructure may affect growth and human welfare, and develops a series of formal models for understanding how these channels operate. Bringing together a vast amount of research in one unifying framework, Pierre-Richard Agénor finds that in considering investment in infrastructure, a variety of externalities need to be factored into analytical models and introduced in policy debates. Lack of access to infrastructure not only constrains the expansion of markets and private investment, it may also hinder the achievement of health and education targets. Ease of access, conversely, promotes innovation and empowers women by allowing them to reallocate their time to productive uses.

Laying a solid foundation of economic facts and ideas, Public Capital, Growth, and Welfare provides a comprehensive look at the critical role of public capital in development.

Pierre-Richard Agénor is the Hallsworth Professor of International Macroeconomics and Development Economics at the University of Manchester and codirector of the Centre for Growth and Business Cycle Research. He is the coauthor of Development Macroeconomics (Princeton) and author of The Economics of Adjustment and Growth, among other books.

"As the developed world stands on the precipice of another deep recession, this book reminds us all that infrastructure investment is a powerful growth accelerator for the poorest nations on earth. Pierre-Richard Agénor lays solid foundations for intelligent public debates about development policy in a book that weaves together empirical evidence, economic intuition, and rigorous theory. The outcome is an ideal reference for those who study, teach, and work in the fields of economic growth, development, and poverty alleviation."—Costas Azariadis, Washington University in St. Louis

"Infrastructure is increasingly becoming recognized as an important determinant of economic growth and economic welfare. Drawing in part on his past research, Pierre-Richard Agénor has provided a comprehensive treatment, emphasizing the widespread externalities permeating from infrastructure throughout the economy. This clearly written book is an important contribution and essential reading for anyone wishing to acquire state-of-the-art knowledge of this crucial area."—Stephen J. Turnovsky, University of Washington

"Agenor's book makes a substantive contribution toward reconciling the microeconomic and macroeconomic strands of the literature on public capital and growth. It integrates numerous analytic findings scattered throughout the literature within a coherent framework that includes both the conventional and several novel channels through which core infrastructure impacts economic growth and welfare."—Joannis N. Kessides, Journal of Economic Literature

"Laying a solid foundation of economic facts and ideas, Public Capital, Growth and Welfare provides a comprehensive look at the critical role of public capital in development."—World Book Industry

"[T]his book is an essential tool of positive analysis for those (graduate students and researchers) working on growth and development theory, as well as an influential instrument of normative analysis for policy and decision makers operating in developed and less-developed countries. Such a book was definitely needed!"—Alberto Bucci, Journal of Economics

"Dwelling on years of research and a wealth of evidence, this new book is a masterful combination of theory, facts, and intuition. It provides a clear, rigorous, and unified perspective on the role of infrastructure in growth and development. That investing in infrastructure may be not only about promoting markets and reducing production costs, but also about achieving health and education outcomes, empowering women, and fostering innovation, is a message that development practitioners and multilateral institutions would do well to heed."—Otaviano Canuto, vice president, World Bank