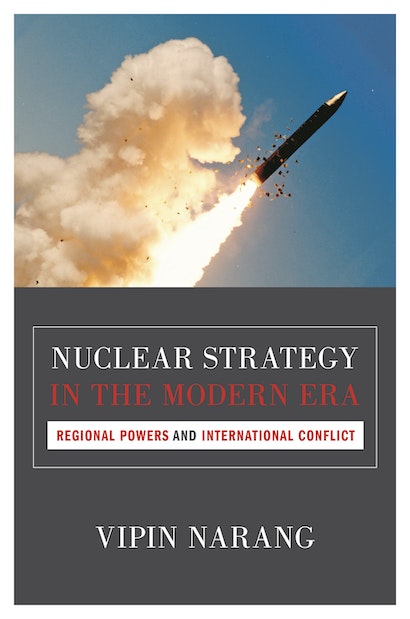 The world is in a second nuclear age in which regional powers play an increasingly prominent role. These states have small nuclear arsenals, often face multiple active conflicts, and sometimes have weak institutions. How do these nuclear states—and potential future ones—manage their nuclear forces and influence international conflict? Examining the reasoning and deterrence consequences of regional power nuclear strategies, this book demonstrates that these strategies matter greatly to international stability and it provides new insights into conflict dynamics across important areas of the world such as the Middle East, East Asia, and South Asia.

Vipin Narang identifies the diversity of regional power nuclear strategies and describes in detail the posture each regional power has adopted over time. Developing a theory for the sources of regional power nuclear strategies, he offers the first systematic explanation of why states choose the postures they do and under what conditions they might shift strategies. Narang then analyzes the effects of these choices on a state’s ability to deter conflict. Using both quantitative and qualitative analysis, he shows that, contrary to a bedrock article of faith in the canon of nuclear deterrence, the acquisition of nuclear weapons does not produce a uniform deterrent effect against opponents. Rather, some postures deter conflict more successfully than others.

Nuclear Strategy in the Modern Era considers the range of nuclear choices made by regional powers and the critical challenges they pose to modern international security.

Vipin Narang is the Frank Stanton Professor of Nuclear Security and Political Science and a member of the Security Studies Program at the Massachusetts Institute of Technology. 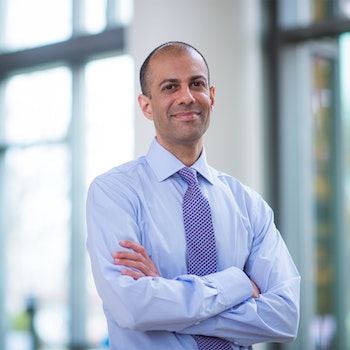 "Narang adds importantly to the scholarly understanding of nuclear posture in a way that can inform policy. He studies an important topic, shatters false assumptions, provides insightful and useful new conceptual categories, offers apparently powerful theoretical explanations of important behaviors, provides a valuable set of case studies, and opens doors for additional scholarly research. . . . The many avenues for additional research it suggests and worrisome possibilities it surfaces testify to the analytic strength and policy ambition of this important book."—Douglas B. Shaw, Arms Control Today

"Finally, we have a book on proliferation that is rooted in the discipline of Political Science with persuasive explanatory powers and great analytical value."—Michael Krepon, Arms Control Wonk

"Nuclear Strategy in the Modern Era impressively advances scholarship on nuclear proliferation and its consequences."—Dinshaw Mistry, Perspectives on Politics

"With its combination of theoretical ambition, empirical rigor, and lucid writing, Narang's book deserves a place on the strategist's bookshelf alongside Brodie, Schelling, Jervis, Betts, and other classics."—Todd S. Sechser, Journal of Strategic Studies

"This excellent book offers a novel typology of nuclear postures and a theory that explains why states adopt certain postures but not others, before assessing the consequences of postures for deterrence. An exemplary blend of theory and qualitative and quantitative evidence, its conclusions have wide-ranging implications for the way we think about nuclear deterrence."—Alexander Downes, George Washington University

"This book makes a major contribution to our understanding of the nuclear challenges that we currently face. Narang argues that the theories developed during the Cold War cannot explain the nuclear policies of regional powers. To fill this important gap, he convincingly lays out three distinct nuclear postures available to regional powers and he questions conventional wisdom to show that a state's nuclear posture significantly influences its deterrence effect."—Charles Glaser, George Washington University

"With the end of the Cold War, the nuclear postures of countries other than the United States and Russia are increasingly central for theory and policy, but our knowledge of these postures has been deficient. Showing that states have tailored their stances to different internal and external situations, Narang combines rich empirical research and careful theorizing to add greatly to our understanding of deterrence."—Robert Jervis, author of The Meaning of the Nuclear Revolution

"Vipin Narang's study of the causes and consequences of different states' nuclear weapons postures is a significant contribution to the literature on the causes of military doctrine, as well as the literature on both nuclear proliferation and deterrence theory. Narang's interpretations are novel and thought provoking, and he skillfully combines rich case study work with sophisticated statistical tests."—Scott D. Sagan, Stanford University