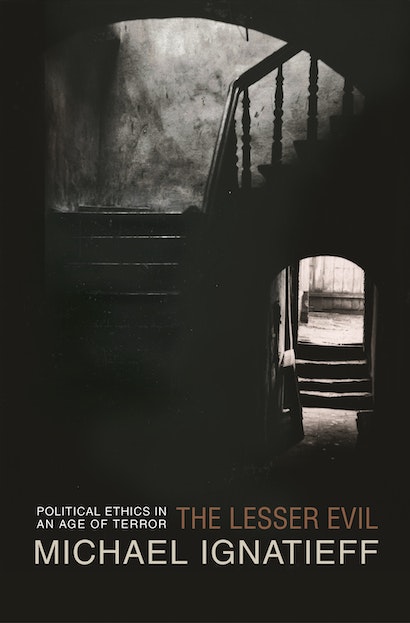 Must we fight terrorism with terror, match assassination with assassination, and torture with torture? Must we sacrifice civil liberty to protect public safety?


In the age of terrorism, the temptations of ruthlessness can be overwhelming. But we are pulled in the other direction too by the anxiety that a violent response to violence makes us morally indistinguishable from our enemies. There is perhaps no greater political challenge today than trying to win the war against terror without losing our democratic souls. Michael Ignatieff confronts this challenge head-on, with the combination of hard-headed idealism, historical sensitivity, and political judgment that has made him one of the most influential voices in international affairs today.


Ignatieff argues that we must not shrink from the use of violence — that far from undermining liberal democracy, force can be necessary for its survival. But its use must be measured, not a program of torture and revenge. And we must not fool ourselves that whatever we do in the name of freedom and democracy is good. We may need to kill to fight the greater evil of terrorism, but we must never pretend that doing so is anything better than a lesser evil.


In making this case, Ignatieff traces the modern history of terrorism and counter-terrorism, from the nihilists of Czarist Russia and the militias of Weimar Germany to the IRA and the unprecedented menace of Al Qaeda, with its suicidal agents bent on mass destruction. He shows how the most potent response to terror has been force, decisive and direct, but — just as important — restrained. The public scrutiny and political ethics that motivate restraint also give democracy its strongest weapon: the moral power to endure when the furies of vengeance and hatred are spent.


The book is based on the Gifford Lectures delivered at the University of Edinburgh in 2003.

"In The Lesser Evil, Michael Ignatieff addresses the ethical problems faced by liberal democracies. . . . [H]e soberly deals with permanent problems of American foreign policy, not only those specifically provoked by the Bush administration's war on terror: the problems of attempting to rule without demonstrated legitimacy, the prudential problem of choosing the lesser evil, the expedient choice of deliberative abuse or suspension of rights considered defining qualities of democracy, the limits of acceptable violence and coercion, and the problems of arbitrary detention, torture, assassinationand disregard of the rule of law—all the subject of policy choices made in Washington since September 2001."—William Pfaff, Los Angeles Times

"We need calm, reasoned advice on how to balance the interests of security and liberty. We have it now in a remarkable book. Michael Ignatieff brings history, philosophy, law, and democratic morality to bear on the problem. That may sound daunting, but Ignatieff is such a forceful writer that it is a fascinating book. . . . Reading him is a bit like having a conversation with an eminently reasonable but convinced and powerfully convincing man."—Anthony Lewis, New York Review of Books

"Ignatieff understands that democracies around the world were fighting terrorism long before 9/11. In this exceptionally sophisticated commentary, he provides much-needed global and historical context for America's war against al-Qaeda, illuminating the promise and peril of a range of possible strategies for combating terrorist threats. . . . The sheer diversity of his case studies enables Ignatieff to discredit any simple-minded approach to terrorism. . . . [His] impressive scholarship also underscores his warning that unless democracies subject all of their extraordinary tactics to legislative oversight and judicial scrutiny, they may subvert the very political traditions they set out to defend. The turbulence of recent history guarantees keen interest for this sobering inquiry."—Booklist

"Ignatieff's analysis is nuanced, balancing ideals, necessities and practicalities, and his literary inspirations are a welcome addition to doleful history. . . . [The] discussion that this book can inspire is well worth the effort for those struggling to sustain a free society and build a more hopeful world."—William S. Kowinski, San Francisco Chronicle

"[A] wise and reflective book. . . . This book is much more than a philosophical exercise. Ignatieff addresses real concerns, such as the acquisition of nuclear or chemical weapons by terrorist organizations. This should be required reading for all informed citizens as we face an uncertain future."—Library Journal

"[A] thoughtful essay by a leading public intellectual. . . . [Ignatieff] eloquently argu[es] that a liberal democracy can survive the age of terror only if it takes seriously the political context within which terrorism thrives—that is, by engaging, persuading, and championing social justice."—Foreign Affairs

"Ignatieff presents a convincing argument as to how terrorist threats should be handled at the political level: with a combination of determination and caution."—Re'em Segev, Ethics

"Michael Ignatieff has written a book in defense of liberty, in praise of democracy. . . . [I]t is too rare that the task is conducted with Ignatieff's learning and subtlety."—Jedediah Purdy, Michigan Law Review

"Michael Ignatieff has written a sober yet chilling account of the issues facing liberal democracies in the face of modern international terrorism. In a surgical analysis he describes the challenges facing their leaders and citizens. His warning of the critical dangers of under- and over-reaction in combating terrorism could not be more timely."—Justice Richard Goldstone, Constitutional Court of South Africa

"Michael Ignatieff's The Lesser Evil is a strikingly readable rumination on the ethical challenge of our time: How can a liberal democracy survive the long struggle against terror and do so in ways that preserve its institutions and dignity intact? His answer is a profound moral analysis, drawing on insights from philosophy, law, and literature, of how to surmount the strength of the terrorists, who are weak, and avoid the weakness of the democracies, who can be both strong and just."—Michael Doyle, Harold Brown Professor of Law and International Affairs, Columbia University