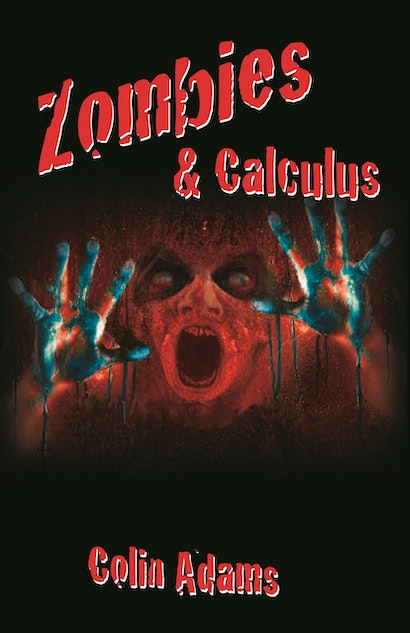 How can calculus help you survive the zombie apocalypse? Colin Adams, humor columnist for the Mathematical Intelligencer and one of today’s most outlandish and entertaining popular math writers, demonstrates how in this zombie adventure novel.

Zombies and Calculus is the account of Craig Williams, a math professor at a small liberal arts college in New England, who, in the middle of a calculus class, finds himself suddenly confronted by a late-arriving student whose hunger is not for knowledge. As the zombie virus spreads and civilization crumbles, Williams uses calculus to help his small band of survivors defeat the hordes of the undead. Along the way, readers learn how to avoid being eaten by taking advantage of the fact that zombies always point their tangent vector toward their target, and how to use exponential growth to determine the rate at which the virus is spreading. Williams also covers topics such as logistic growth, gravitational acceleration, predator-prey models, pursuit problems, the physics of combat, and more. With the aid of his story, you too can survive the zombie onslaught.

Featuring easy-to-use appendixes that explain the book’s mathematics in greater detail, Zombies and Calculus is suitable both for those who have only recently gotten the calculus bug, as well as for those whose disease has advanced to the multivariable stage.

Colin Adams is professor of mathematics at Williams College and the author of many books, including How to Ace Calculus: The Streetwise Guide. He is also the humor columnist for Mathematical Intelligencer. 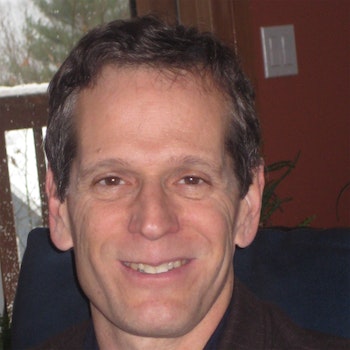 "Romance! Danger! Calculus! Zombies! Adams (How to Ace Calculus), professor of mathematics at Williams College and humor columnist for The Mathematical Intelligencer, takes readers on an apocalyptic and educational adventure that's also a Spielbergian sci-fi thriller. . . . Adams keeps the in-story math both appropriate and accessible, saving in-depth discussion for appendices at the end. Calculus fans looking for 'real-world' applications woven into a nail-biter of a story, chock-full of narrow escapes, betrayals, some plucky kids, the family dog, and even a romantic subplot, will delight in this fun, and funny pop-math book."—Publishers Weekly

"The author didn't intend to write a classic horror novel, he intended to write one that explained the ideas of calculus and differential equations (particularly the latter) in a humorous and unusual setting. He has succeeded admirably. This is a book that can be enjoyed by both students and by faculty members seeking a way to spice up their lectures."—Mark Hunacek, MAA Reviews

"You'll laugh! You'll cry! You'll use calculus! So much for kids who say, 'When am I ever going to use calculus?' When you're trying to survive the zombie apocalypse, that's when."—Nancy Szokan, Washington Post

"The book well deserves attention from not squeamish math instructors and a wider audience of intelligent readers, curious of a new literary genre that mixes storytelling with gentle mathematical instruction."—Alexander Bogomolny, CTK Insights

"Whether you agree or disagree with the idea of mixing zombies with calculus, Adams is a craftsman of the first order. Zombies and Calculus has everything: calculus, calculation of force, statistics, normal deviation, word play, heroics, romance, slapstick, and zombies. Two bloody thumbs up!"—Robert Schaefer, New York Journal of Books

"The unusual and clearly explained mathematical set-pieces are appealing. . . . I will be recommending this book to colleagues. Let's hope they're not squeamish."—Noel-Ann Bradshaw, Times Higher Education

"Adams combines mathematics and zombies in an exciting, humorous way. . . . Zombies and Calculus would be a helpful supplemental text for a student currently studying calculus as it applies the concepts in a situation—however unrealistic—that makes it easier to understand."—Tara Creel, Deseret News

"I have never met a novel in which the hero is actually teaching calculus to the ones he just rescued in between blowing out the little bit of brains from zombie heads, and smashing cars with a snow plough. Quite a reading experience."—Adhemar Bultheel, European Mathematical Society

"Adams is clever to employ a zombie apocalypse scenario to demonstrate the usefulness of calculus and mathematics more broadly."—Carrie Bengston, Science Book A Day

"Highly recommended for those just being introduced to calculus, or those who need a user-friendly recap of the basics. It may just help them survive—their education, that is, rather than a zombie attack!"—Rob Ashmore, Mathematics Today

"Adams tells his tale with gore and humor. If you are a fan of zombies and enjoy offbeat applications of mathematics, this book is for you."—Joseph Bettina, Mathematics Teacher

"Colin Adams . . . brings out the excitement and versatility of Calculus."—S. Ananthanarayanan, Education Matters

"I think that the book is very successful at doing what it was intended to do, namely to demonstrate the usefulness and relevance of what may seem at the first glance to be very abstract maths while teaching it in an engaging way. I would struggle to name another book that manages to couch the process of solving ODEs in quite so entertaining and humorous a manner."—Andrew Simmons, Mathematical Gazette

"If you're dying to read a novel treatment of calculus, then you should run (don't walk!) to buy Zombies and Calculus by Colin Adams. You'll see calculus come alive in a way that could save your life someday."—Arthur Benjamin, Harvey Mudd College

"Before Zombies and Calculus, math was quick to kill my appetite. In fact, math damn near killed me altogether throughout most of college (it is of course a cliché to say that as a math student I was pretty much a zombie). If I had only had this book then . . . at least now I can stomach derivatives as well as a zombie outbreak. That's no small accomplishment! Read Zombies and Calculus—you'll laugh . . . you'll cry . . . you'll multiply."—Steven C. Schlozman, M.D., author of The Zombie Autopsies

"Using a fictional, tongue-in-cheek account of an outbreak of a zombie virus at a small liberal arts college, Adams discusses mathematical subjects such as the spread of a disease in a population, differential equations, and tangent vectors. He succeeds in conveying the idea that calculus is useful in numerous aspects of life—including surviving a zombie apocalypse. The book is one of a kind."—Joel Hass, University of California, Davis

"Zombies and Calculus shows how calculus can be used to understand many different real-world phenomena, from population growth to Newton's law of cooling. The fast-paced narrative propels readers forward, and Adams's style is humorous and compelling. I laughed out loud, in public, several times while reading this book. I had a hard time putting it down."—Amy N. Myers, Bryn Mawr College

"Zombies and Calculus is unlike just about anything I've ever read. It is both an introduction to assorted math concepts and an action-packed adventure story about escaping a zombie invasion. It's also laugh-out-loud funny in many places."—Meredith L. Greer, Bates College