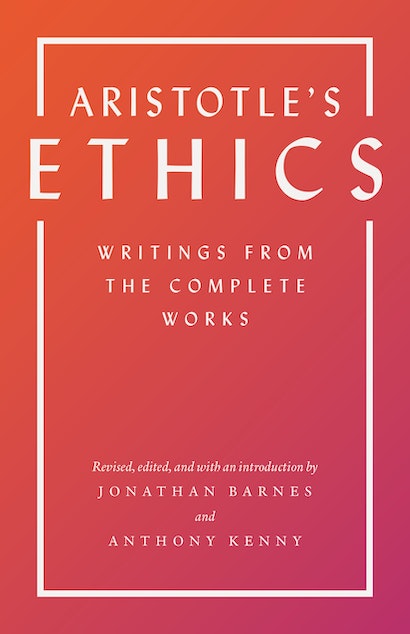 Aristotle’s moral philosophy is a pillar of Western ethical thought. It bequeathed to the world an emphasis on virtues and vices, happiness as well-being or a life well lived, and rationally motivated action as a mean between extremes. Its influence was felt well beyond antiquity into the Middle Ages, particularly through the writings of St. Thomas Aquinas. In the past century, with the rise of virtue theory in moral philosophy, Aristotle’s ethics has been revived as a source of insight and interest. While most attention has traditionally focused on Aristotle’s famous Nicomachean Ethics, there are several other works written by or attributed to Aristotle that illuminate his ethics: the Eudemian Ethics, the Magna Moralia, and Virtues and Vices.

This book brings together all four of these important texts, in thoroughly revised versions of the translations found in the authoritative complete works universally recognized as the standard English edition. Edited and introduced by two of the world’s leading scholars of ancient philosophy, this is an essential volume for anyone interested in the ethical thought of one of the most important philosophers in the Western tradition.

Jonathan Barnes taught at the universities of Oxford, Geneva, and Paris-Sorbonne. He has published extensively on ancient philosophy and is the editor of The Complete Works of Aristotle: The Revised Oxford Translation (Princeton). Anthony Kenny is a philosopher, former president of the British Academy, former master of Balliol College, University of Oxford, and the author of more than forty books, including A New History of Western Philosophy.

"Reviews from The Complete Works of Aristotle: "This new edition makes a landmark of scholarship available in a very usable form.""—Library Journal