A compelling look at the problem of evil in modern thought, from the Inquisition to global terrorism 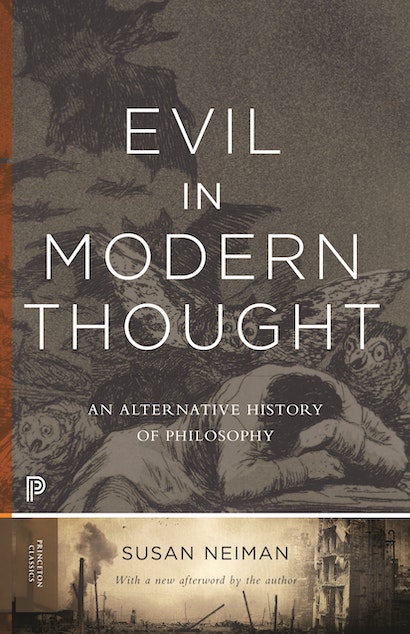 Evil threatens human reason, for it challenges our hope that the world makes sense. For eighteenth-century Europeans, the Lisbon earthquake was manifest evil. Today we view evil as a matter of human cruelty, and Auschwitz as its extreme incarnation. Examining our understanding of evil from the Inquisition to contemporary terrorism, Susan Neiman explores who we have become in the three centuries that separate us from the early Enlightenment. In the process, she rewrites the history of modern thought and points philosophy back to the questions that originally animated it.

Whether expressed in theological or secular terms, evil poses a problem about the world’s intelligibility. It confronts philosophy with fundamental questions: Can there be meaning in a world where innocents suffer? Can belief in divine power or human progress survive a cataloging of evil? Is evil profound or banal? Neiman argues that these questions impelled modern philosophy. Traditional philosophers from Leibniz to Hegel sought to defend the Creator of a world containing evil. Inevitably, their efforts—combined with those of more literary figures like Pope, Voltaire, and the Marquis de Sade—eroded belief in God’s benevolence, power, and relevance, until Nietzsche claimed He had been murdered. They also yielded the distinction between natural and moral evil that we now take for granted. Neiman turns to consider philosophy’s response to the Holocaust as a final moral evil, concluding that two basic stances run through modern thought. One, from Rousseau to Arendt, insists that morality demands we make evil intelligible. The other, from Voltaire to Adorno, insists that morality demands that we don’t.

Beautifully written and thoroughly engaging, this book tells the history of modern philosophy as an attempt to come to terms with evil. It reintroduces philosophy to anyone interested in questions of life and death, good and evil, suffering and sense. Featuring a substantial new afterword by Neiman that raises provocative questions about Hannah Arendt’s take on Adolf Eichmann and the rationale behind the Hiroshima bombing, this Princeton Classics edition introduces a new generation of readers to this eloquent and thought-provoking meditation on good and evil, life and death, and suffering and sense.

Susan Neiman is director of the Einstein Forum in Potsdam. Her books include Why Grow Up? and Moral Clarity: A Guide for Grown-Up Idealists (Princeton).

"The American philosopher Susan Neiman has written the book for this world-political hour."—Neue Züricher Zeitung

"A brilliant new book. . . . No summary can convey the intellectual firepower of Neiman's book. Within her field of interest, she seems not only to have read everything but to have understood it at the deepest level."—William C. Placher, Christian Century

"Eloquent... [Neiman argues that] evil is not just an ethical violation, it disrupts and challenges our interpretation of the world."—Edward Rothstein, The New York Times

"Neiman follows the argument like a sleuth, and, indeed, her book is a kind of thriller: What is it that menaces us? Will we find what evil is? And how may we escape it? The path leads from a God found absent past a Nature that's indifferent till it fetches up at the house of a man himself. . . . Neiman leads the reader through a careful analysis of the relation of intention, act, and consequence to kinds of useful knowledge and degrees of awareness."—William H. Gass, Harper's Magazine

"This great work....looks into these abysses with astonishing fearlessness."—Die Zeit

"An erudite and compelling intellectual treatise that is profoundly interesting, often witty, and constructed without resorting to jargon or obfuscation. . . . In reorienting the history of philosophy, she has made it come alive. . . . This is a fine, even elegant book."—Choice

"This is an accessible work of philosophy in the best sense, sharply focused on matters of vital human concern and free of the domain tics that mar even allegedly popular works by Anglo-American philosophers."—Mark Lilla, The New York Review of Books

"Clear, elegant and inviting...suddenly, (philosophy) is again a matter of life and death."—Die Welt

"We badly need alternative histories of philosophy. The story told (by me, among others) cries out for supplementation. . . . Neiman's snazzy prose makes this book a pleasure to read, as well as an immensely welcome change from the sort of history of philosophy to which we have become accustomed."—Richard Rorty, Common Knowledge

"A deeply moving and scholarly book that will interest many general readers."—Library Journal

"Neiman's book is a welcome contribution to a philosophical conversation too long neglected."—Barry Allen, Toronto Globe and Mail

"Neiman argues that when we ask why the world is the way it is, rather than the way it ought to be, that's the same as thinking about evil. . . . If there is only a single standard of good behavior, then no matter how honestly we believe in our causes—in democracy, for instance, as opposed to tyranny or religious totalitarianism—we are never allowed to stop worrying about our own morality when we march forth to defend them."—Judith Shulevitz, New York Times Book Review

"Neiman argues that, confronted with the enormity of the Holocaust, 20th-century thinkers found new grounds to conclude that what we call evil reflects nothing so much as the unintelligibility of the world. . . . [Her] conclusion is that we should neither abandon reason nor demand the impossible from it but rather rely on it as much as we can to identify the forms of suffering and acts of cruelty that we have the power to prevent, remedy or diminish."—Peter Berkowitz, Washington Post Book World

"Superb... Neiman's claim to have written an alternative history is not an empty boast."—First Things

"Neiman's audacity and occasionally morbid wit are a welcome addition to contemporary philosophy. If there is any hope after Auschwitz, we may find it in the fact that human minds will not stop trying to make some kind of meaning out of it."—Alan Wolfe, Books & Culture

"Neiman's narrative . . . sheds light not just on the writings of particular thinkers, but also on their relation to one another. And it helps us begin to understand certain facts about the modern period that current philosophers find baffling."—Thomas Hibbs, The Weekly Standard

"Neiman's book is written with considerable flair, as many critics have already noted, but it possesses a far rarer and more valuable quality: moral seriousness. Her argument builds a powerful emotional force, a sense of deep inevitability. . . . It is not often that a work of such dark conclusions has felt so hopeful and brave."—Mark Kingwell, Wilson Quarterly

"This is a splendid book; it will be widely read and much discussed. Working from the assumption that philosophers ought to attend to 'the questions that brought us here,' Susan Neiman has given us a brilliant reading of those who have done just that. Her history of philosophy is also a philosophical argument: that evil is the central question driving the best modern philosophy, and that it is not only a moral question but a metaphysical one. The book is written with grace and wit; again and again, Neiman writes the kind of sentences we dream of uttering in the perfect conversation: where every mot is bon. This is exemplary philosophy."—Michael Walzer

"A brilliant study of changes in our understanding of evil from the book of Job through the 1755 Lisbon earthquake and on to the Holocaust and September 11. Neiman makes a powerful case for taking that problem as central to the history of modern philosophy, and her analysis of our present resources for coping with evil are provocative as well as profound. It's an immensely illuminating book."—J. B. Schneewind

"In tracing the responses to the problem of evil from the Enlightenment, when the question was why the Lisbon earthquake and the engagés were Voltaire, Leibniz, Pope, and Rousseau, to the present, when it is why Auschwitz and they are Améry, Arendt, Camus, and Adorno, Neiman has made an original and powerful contribution to the analysis of an intractable moral issue: how to live with the fact that neither God nor nature seems concerned with our fate. Succinctly, steadily, and relentlessly written, the history of philosophy as philosophy could hardly be better done."—Clifford Geertz

"Even—or especially—to a nonphilosopher like myself, Susan Neiman's Evil in Modern Thought offers intellectual adventure of a high order. The audacity of her recasting of Western philosophy is matched by its profundity—and frequent wit. Its challenges are as bracing as they are essential. Her intellectual fearlessness deserves the closest and widest attention."—Todd Gitlin