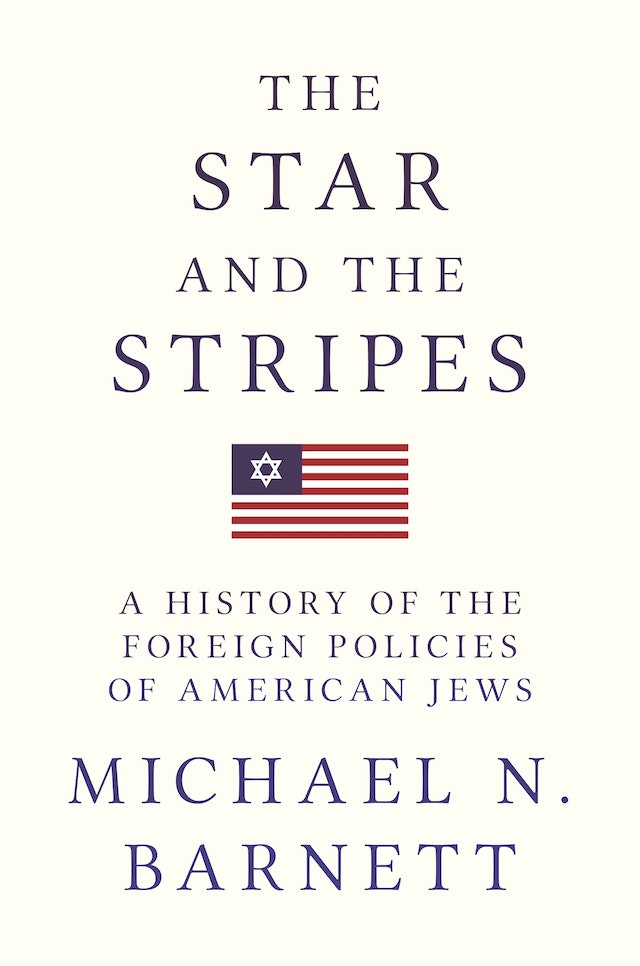 How do American Jews envision their role in the world? Are they tribal—a people whose obligations extend solely to their own? Or are they prophetic—a light unto nations, working to repair the world? The Star and the Stripes is an original, provocative interpretation of the effects of these worldviews on the foreign policy beliefs of American Jews since the nineteenth century. Michael Barnett argues that it all begins with the political identity of American Jews. As Jews, they are committed to their people’s survival. As Americans, they identify with, and believe their survival depends on, the American principles of liberalism, religious freedom, and pluralism. This identity and search for inclusion form a political theology of prophetic Judaism that emphasizes the historic mission of Jews to help create a world of peace and justice.

The political theology of prophetic Judaism accounts for two enduring features of the foreign policy beliefs of American Jews. They exhibit a cosmopolitan sensibility, advocating on behalf of human rights, humanitarianism, and international law and organizations. They also are suspicious of nationalism—including their own. Contrary to the conventional wisdom that American Jews are natural-born Jewish nationalists, Barnett charts a long history of ambivalence; this ambivalence connects their early rejection of Zionism with the current debate regarding their attachment to Israel. And, Barnett contends, this growing ambivalence also explains the rising popularity of humanitarian and social justice movements among American Jews.

Rooted in the understanding of how history shapes a political community’s sense of the world, The Star and the Stripes is a bold reading of the past, present, and possible future foreign policies of American Jews.

Michael N. Barnett is the University Professor of International Affairs and Political Science at George Washington University. His many books include Empire of Humanity and Dialogues in Arab Politics.

"[A]n important book that shows how American Jews struggle with and express their identities on a global scale."—Publishers Weekly

"Compelling. . . . An astute study that should provoke productive conversations."—Kirkus

"Distressing. . . . [The Star and the Stripes] deserves attention because the issues it raises should not be ignored."—Libby K. White, Jewish Book Council

"[The Star and Stripes] supplies much-needed coherence to the topic."—Choice

"It is rare to find a work that succeeds so well at every level—analytical, historical, and personal. In The Star and the Stripes, renowned political scientist Michael Barnett defines his approach rigorously, making the historical survey that follows even more enlightening. Not only Jews but also any Americans interested in the fate of cosmopolitan ideals during a difficult age should ponder Barnett's conclusions."—Samuel Moyn, author of The Last Utopia

"A timely meditation on issues of universalism and particularism in American Jewish life."—Jonathan D. Sarna, author of American Judaism: A History

"Through a wide-ranging survey of history, Michael Barnett examines key concepts—internationalism, particularism, and cosmopolitanism—for understanding how Jews worked to tame and shape the world around them. His beautifully written book uses these ideas to unravel the ways Jews endeavored to alleviate Jewish suffering and guard their identity in the world."—Joel S. Migdal, University of Washington

"At this turning point for the future of Israel, Michael Barnett has written the most fair-minded and lively history of how American Jews have imagined themselves as a people with universal aspirations. The Star and the Stripes could not be more timely."—Alan Wolfe, Boston College

"The Star and the Stripes is a highly readable and provocative account of the role that American Jews play in the world. Synthesizing a huge amount of literature, it challenges many of the myths perpetrated about U.S.-Israel relations. This book will attract significant attention."—Stephen Hopgood, SOAS, University of London