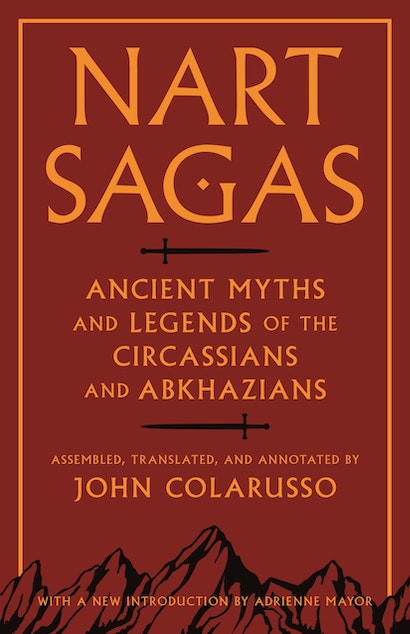 The sagas of the ancient Narts are to the Caucasus what Greek mythology is to Western civilization. This book presents, for the first time in the West, a wide selection of these fascinating myths preserved among four related peoples whose ancient cultures today survive by a thread. In ninety-two straightforward tales populated by extraordinary characters and exploits, by giants who humble haughty Narts, by horses and sorceresses, Nart Sagas from the Caucasus brings these cultures to life in a powerful epos.


Excerpts from the Nart sagas

In a new introduction, folklorist Adrienne Mayor reflects on these tales both in terms of the fascinating warrior culture they depict and the influence they had on Greco-Roman mythology.

John Colarusso is professor of anthropology and modern languages and linguistics at McMaster University, and one of the world's most distinguished scholars of comparative linguistics. Adrienne Mayor is a research scholar in classics and history of science at Stanford University.