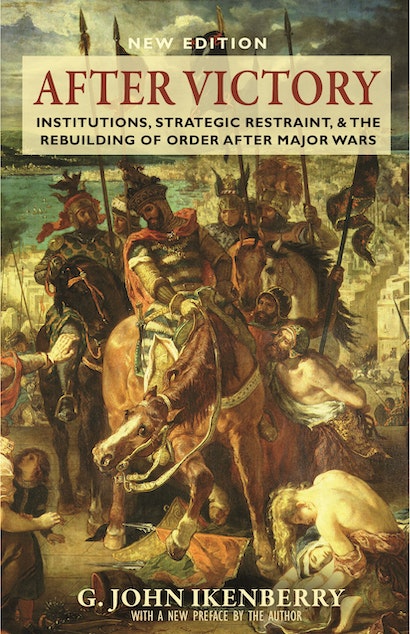 G. John Ikenberry is the Albert G. Milbank Professor of Political and International Affairs at Princeton University and a Global Eminence Scholar at Kyung Hee University in Seoul. His books include Liberal Leviathan (Princeton).

"After Victory showed how international governance can serve the interest of hegemonic powers."—New York Times

"The liberal argument that democratic regimes can make a dramatic difference in world affairs has finally achieved intellectual respectability, as this fine book so convincingly maintains."—Foreign Affairs

"After Victory is a majestic work that combines many familiar but seemingly unrelated themes into one elegant package of exceptional theoretical and empirical sweep. . . . It should have an enduring impact on the study and practice of international relations."—Journal of Politics

"Unquestionably one of the most important books in the field."—International Affairs

"An elegant, penetrating study. . . . This pathbreaking work is one of the most important . . . on international order to appear in many years."—Choice